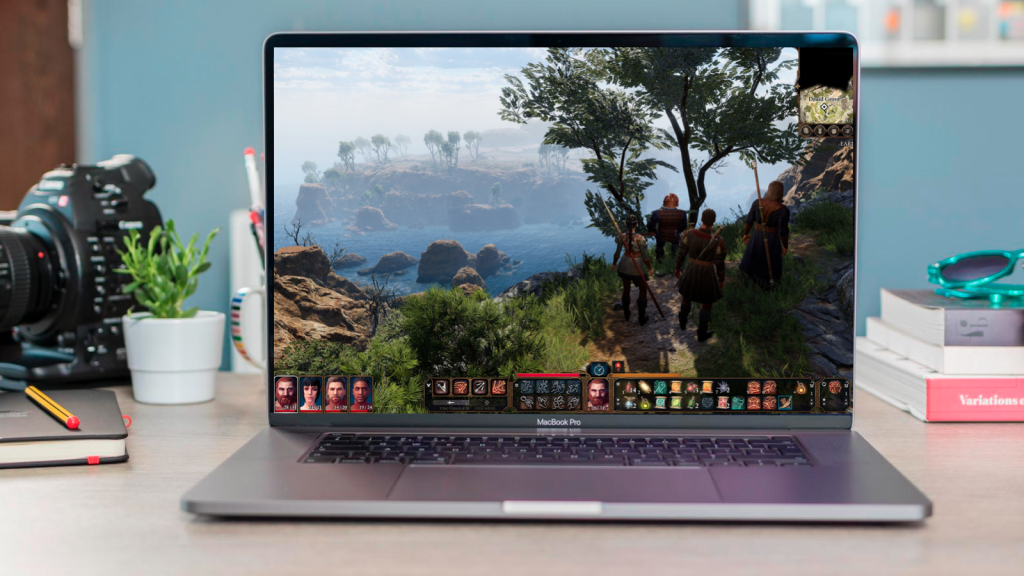 Game-loving Mac users have been forced to watch, while the number of major games released for Mac has slowly but surely decreased in recent years. Just a few years ago this wouldn’t have happened. Back then the future of Mac gaming looked quite bright with several of the major game developers releasing Mac versions of games. Apple’s new graphics framework Metal seemed to finally be able to give Mac games almost as high performance as the Windows versions, and thanks to the game engines Unity 3D and Unreal Engine, there were lots of Mac versions of indie games available on Steam.

But instead of more Mac launches, there have been fewer. Game Informers list of new games for 2020 shows that for several calendar months not a single game has been released for the Mac.

One bad omen is that even Blizzard, which has always released Mac versions of its games, has started to abandon the platform. First, Overwatch did not come to the Mac, even though the Mac met the computer requirements. Five years after Overwatch arrived and it is still not on Mac. Then when Diablo 4 launched there was no sign of a Mac version. The company been evasive when we asked questions about when the Mac version will launch, so it does not look so hopeful.

Feral Interactive – a Mac games publisher – has fought bravely and made sure that we can play the Tomb Raider and Total War games, but it is only a small studio with small resources.

Apple’s game subscription service is interesting. Here comes a new service with console-like games that can all be played on Mac (as well as iPhone, iPad and Apple TV). The only problem is that Mac players expect the same games as PC players. We want Doom Eternal, Red Dead Redemption 2 and Star Wars: Squadrons. Not games that were obviously developed for mobiles with stories so shallow that an ant bottoms out.

For iOS, Apple Arcade is a great idea that can give gamers and especially families a way to disconnect from whatever the buy-in app is called for a while and just enjoy gaming. On a Mac, it feels more like something to enjoy when the real computer games are missing. (You might like to read our round up of the best Apple Arcade games.)

The transition from Intel processors to Apple Silicon and the arm64 architecture means that the entire future of the Mac is currently shrouded in secrecy. This applies not least to games. If PC developers were reluctant to port games to the Mac when the processor was at least the same as on Windows, then how will they approach a completely different architecture? There is an obvious risk that many will completely give up.

But on the other hand, Apple Silicon has two major advantages. First, the graphics performance will be significantly higher in the simplest Macs such as the MacBook Air and the 13in MacBook Pro, which today only have Intel’s built-in graphics chips. The iPad Pro is already much, much faster on this front than any of these Macs and what Apple can do with more watts and a computer with a fan is very exciting.

The other advantage is that Macs with Apple Silicon can run iOS apps. This allows all games for iPhone and iPad to be easily ported to Mac. It will not take much work for a developer to ensure that the Mac version can use higher graphics settings and look even better than on the iPad Pro.

Together, this may actually lead to a new small renaissance for Mac games, but these games are still unlikely to be ports of Windows games.

The only thing that can change this is if Apple’s processors and graphics chips become so sharp that they entice the big console game developers to start porting their games to the Apple platform. The Mac would never be big enough to encourage this alone, but if the iPad and the iPhone become capable enough to play heavier titles, developers will have a hard time ignoring the huge iOS market. We Mac users can then just join in on the go.

Here’s our complete guide to Apple Silicon for more information.

All the talk about portings here and processor architecture there might not really matter. Games are moving out into the cloud and I think that development is more or less inevitable. The real enthusiasts will surely continue to build monster computers with bold graphics cards, but more and more will prefer a small lightweight computer whose main task is to connect to a large screen and mediate the connection between mouse and keyboard or hand control and the games that flow from servers at Google, Amazon, Nvidia or anyone else.

If performance is no longer so important in your mobile / tablet / computer – then what’s the point of having a crisp Apple Silicon processor?

Funny enough, Apple is against that development as you can see from the company’s battle with Epic (relating to removing Fortnite from iOS), and its refusal to allow Microsoft xCloud and Google Stadia on iOS.

Fortunately, Apple can not stop us from using these services on our Macs. You can already play the first chapter of Baldur’s Gate 3 on Google Stadium, even if you only have a MacBook Air.

Apple has always had a slightly contemptuous attitude towards games, but the advent of streaming services can set Mac players free.

UPDATE: Apple has begun to sell some Macs with an M1 chip, which could be good news for Mac gaming! Read: M1 chip could make Macs great for gaming