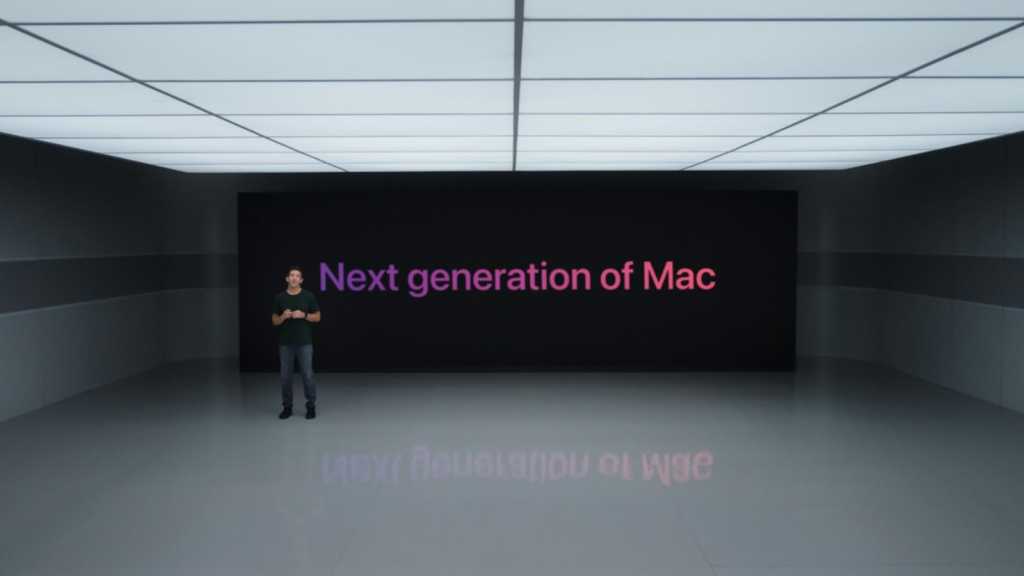 Apple has just wrapped its third special event of the autumn, and hopefully (from the point of view of the exhausted journalists on Apple detail) the last for several months.

Headlined One More Thing, the 10 November presentation focused on Macs, following the iPhone 12 event in October and the iPad/Apple Watch event back in September. One of my colleagues has argued that tonight’s announcements will trigger the biggest Mac transformation in 15 years.

Here’s what we saw, and what was conspicuous by its absence.

Apple opened the presentation by talking about, not a product, but a component: the M1, the company’s first commercial available ARM processor for Mac. The significance of the M1 would become clear as the event went on. 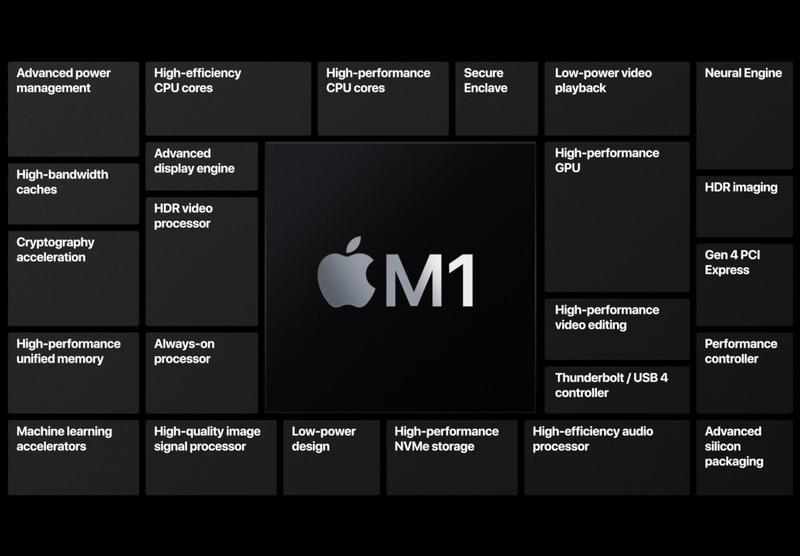 The M1 is made using a 5nm production process, and offers twofold improvements: it significantly boosts performance, but also prolongs battery life. It can achieve this thanks to the inclusion of 8 cores, 4 of which are “high-performance” and 4 of which are “high-efficiency”. It can thus adapt to the requirements of the task without using any more power than is necessary.

With the new processor thoroughly discussed, Apple moved on to the first actual product of the night: a new MacBook Air.

We’ve already had one new MacBook Air in 2020, and we’ll have to start referring to that retrospectively as the early-2020 model. In fact, if you went by external appearances you’d struggle to see what had changed from that model to this. But all the upgrades are within.

The M1 chip, discussed above, is the root cause of much of this. Thanks to this component the late-2020 Air offers 3.5x faster CPU operation than the previous generation, and 5x faster graphics. It’s faster than 98% of PC laptops, Apple claims.

The new Air also has a silent fanless design, faster SSDs than its predecessor, and Wi-Fi 6. Read all of the news in our MacBook Air (Apple Silicon) news hub.

You can see how the new model shapes up against its predecessor in our New MacBook Air (Silicon) vs MacBook Air (Intel) comparison review.

The humble Mac mini got to share the stage with its more portable cousins. Remember that the first Apple Silicon Mac was a mini, although that one was for developers only.

There are two new Mac mini models as of 10 November 2020. Both offer the same 8-core CPU combined with an 8-core GPU and Apple’s 16-core Neural Engine. Both models also offer 6GB RAM – upgradable to 16GB.

You can read about the new mini in our complete guide to the Mac mini (Apple Silicon, 2020).

Good news, bad news. There’s a new 13in MacBook Pro, and it gets the M1 Apple Silicon chip. But the 16in Pro remains resolutely un-upgraded.

The new 13in Pro – which like the Air is hereby upgraded for the second time in a calendar year; here’s our MacBook Pro 13in (early-2020) review – gets improved performance and extremely long battery life, plus new microphones that should improve the way you sound on video calls.

The chassis is the same – in silver or Space Grey – as are the trackpad and keyboard. What’s new is under the hood: again, the M1 is doing its magic. Read about the new model in our MacBook Pro 13in (Apple Silicon, 2020) news article.

If you’re interested in the Apple Silicon Macs detailed above, read our guide to where to buy the new Macs.

We’ve known about Big Sur for a long time: it was first announced at WWDC back in June. But tonight was the first time, after an agony of waiting, that we found out when it would launch to the general public.

The answer is 12 November. Here’s how to update macOS on your Mac.

With the focus so tightly on Macs, there was little time for other anticipated Apple products. I argued elsewhere that the company would struggle to sustain mainstream interest in a diet of Macs alone, but it seemed to get on okay.

Rumours about Apple’s AirTag tracking device have been heating up recently, and they will surely appear before the end of the month. The company would have released the AirTag earlier in the year but for various reasons this was delayed.

We’re a little surprised that Apple hasn’t updated the Apple TV in such a long time – the most recent model launched in 2017. Well, not only is Apple close to launching a new Apple TV, but the new model could rival games consoles and come with an Apple games controller.

In a separate article we discuss what specs and new features we expect from the 2020 Apple TV. But how much longer will we have to wait? 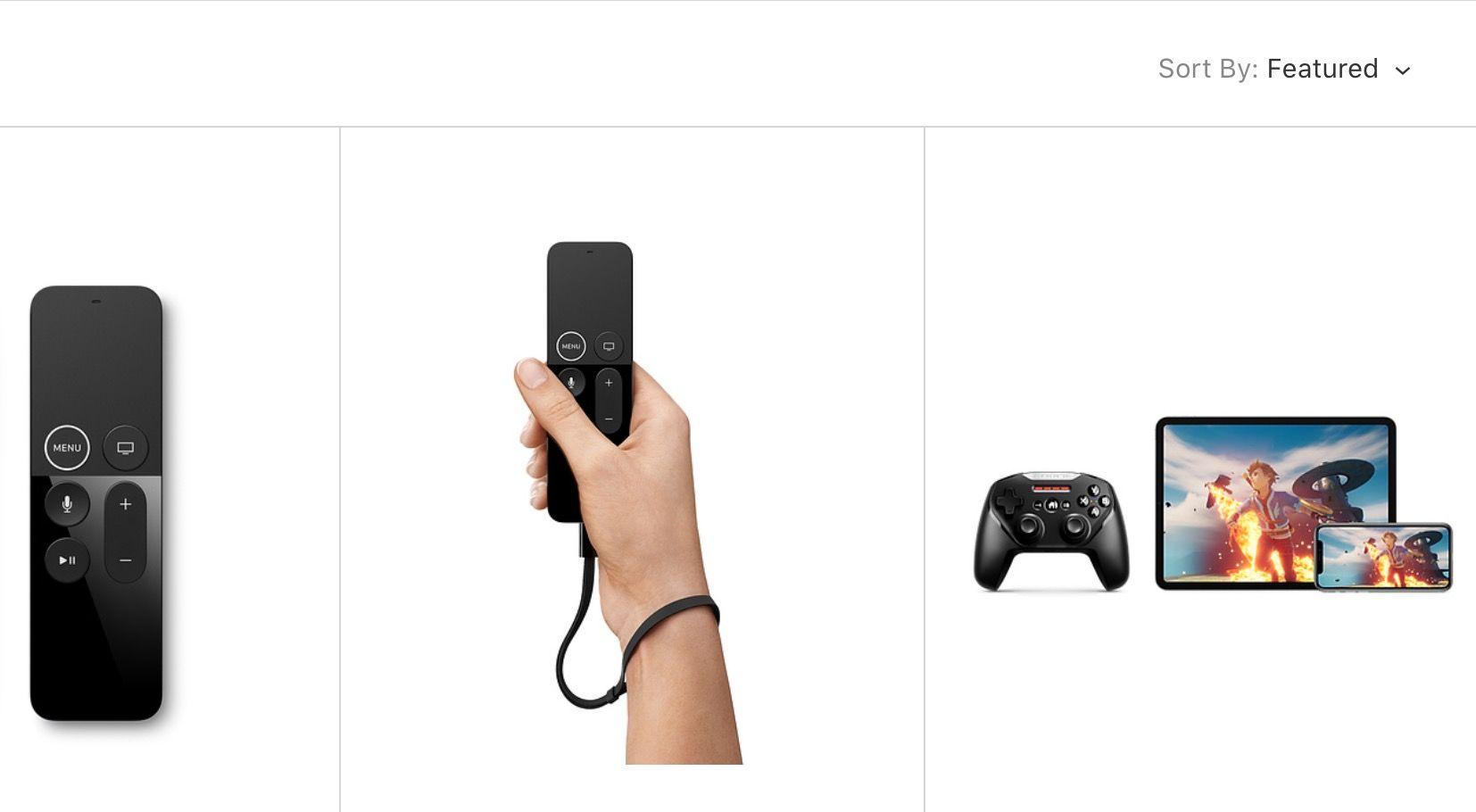 News that Apple was clearing out its stores of third-party audio equipment (speakers and headphones) in October seemed to be a big hint that there were some new Apple audio products coming from the company. Sure enough, it promptly announced the new HomePod mini – but what of the new AirPods that were also rumoured to launch?

There was faint hope that a new pair of AirPods could make an appearance at the 10 November event, but the earbuds weren’t mentioned.

Aside from an update to the standard and Pro versions, it’s believed that there are two new types of AirPods coming: a cheaper version of the AirPods Pro (known as AirPods Lite) and the over-ear AirPods Studio. Of the two, the Studio version probably has more evidence to support it.

Launching new AirPods before Christmas would be a smart move from Apple. Sadly, however, it looks like we may have to wait until spring 2021. Time to rewrite that letter to Santa.