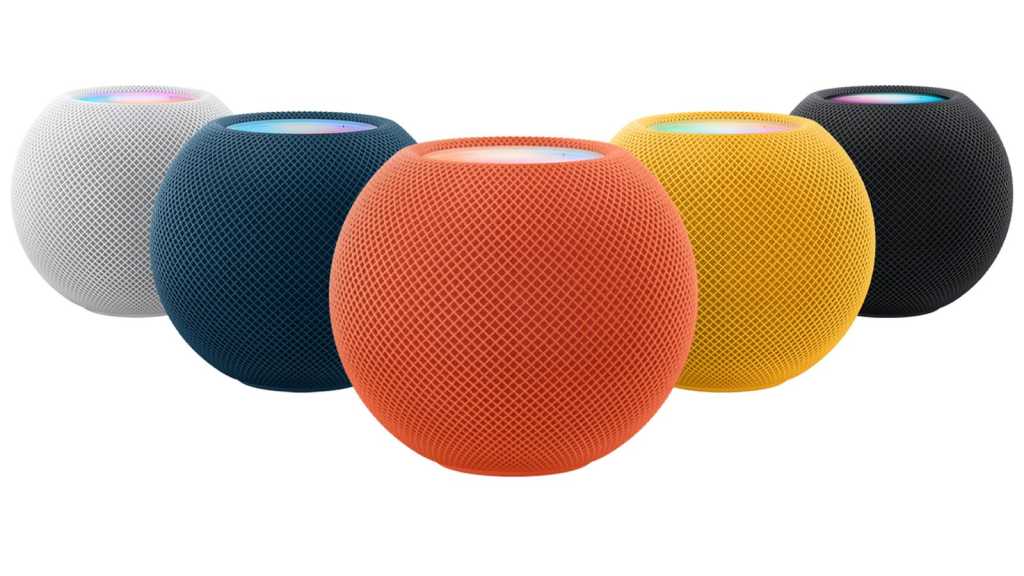 Apple’s biggest announcement at its 18 October launch event was the arrival of new 14in and 16in MacBook Pro laptops with upgraded M1 Pro and M1 Max chips. While those devices will cost you over a grand, Apple made an announcement in the budget space too (a term you wouldn’t usually usually associate with the Mac-maker) with new colourful HomePod mini smart speakers.

Aside from the standard grey and white colourways, Apple has now added blue, orange and yellow options – and the speakers are now £10 cheaper in the UK, at £89.

Apple first launched the HomePod mini last year, also at its October event, as a follow-up to the original HomePod which has now been discontinued. The mini is different to the HomePod in a number of key areas. The new spherical design is much smaller than the original, although Apple insists that the sound quality will still be top-notch.

As expected, the hands-free experience is powered by Siri, which can recognise individual voices and operate a wide range of smart home tech. There’s also deep integration with the iPhone, which includes a Handoff-style feature coming later in the year.

When do the blue/orange/yellow HomePod mini come out?

This means that the HomePod mini is on sale just in time for Black Friday 2021, which takes place on 26 November this year. While you won’t get a discount from Apple, you could purchase a qualifying product from the company and get vouchers to spend on the HomePod mini. Read: Apple announces Black Friday sale: Up to £160/$200 gift cards.

Where to buy the HomePod mini in the UK and US

The obvious place to buy the HomePod mini is from the Apple website, where it’s listed on both the company’s UK and US sites.

We’re expecting to see greater availability from the following retailers as well (all of which sell the original colours):

We’re separately looking at the best HomePod mini deals in this round-up.

How much does the HomePod mini cost?

The HomePod mini now has a reduced price of £89 in the UK, but US pricing remains at $99.

The reduced pricing puts the HomePod mini further in line with comparable smart speakers from the likes of Amazon and Google.

Want to know more about Apple’s budget smart speaker? Check out our guide to the HomePod mini.