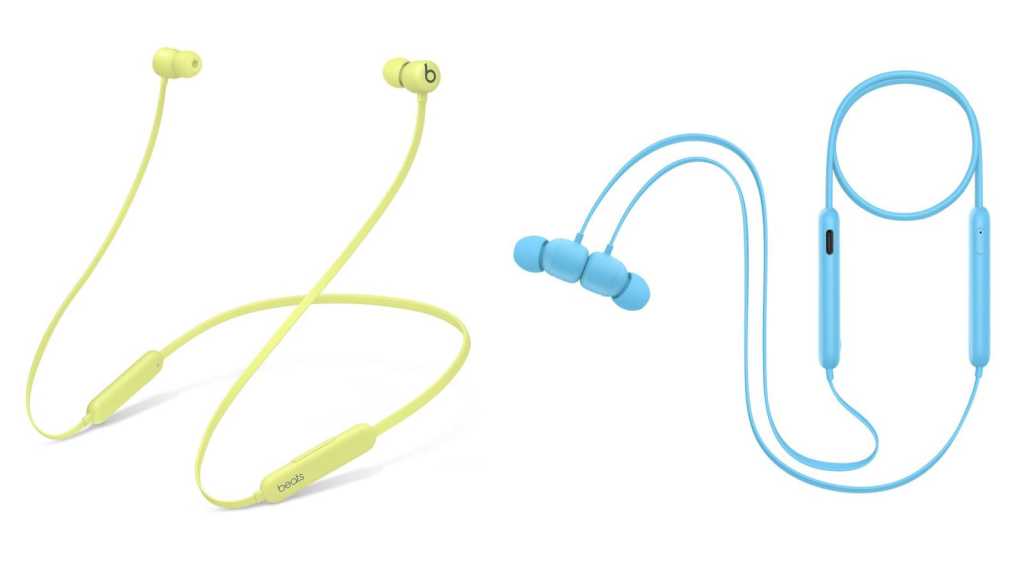 Barely noticed in the shadow of the iPhone 12 and HomePod mini announcements, Apple launched new Beats-branded wireless headphones on Tuesday.

The Beats Flex headphones consist of a pair of magnetic earphones with a battery life of up to 12 hours, which should be more than enough for a normal working day. With ten minutes of Fast Fuel charging, you can get 90 minutes of battery life.

According to Apple’s description, the Beats Flex are designed with double acoustic chambers and a proprietary layered driver. This system is said to provide “outstanding stereo separation with rich and precise bass response”.

An interesting detail is that the Beats Flex are equipped with a W1 chip, which means they are activated automatically if you hold them near your iPhone or iPad. When listening to music, playback is paused automatically as soon as you remove them from your ears.

The Beats Flex cost £49.99/$49.99 and can be ordered from the Apple Store. They come in four colours: Flame Blue, Beats Black, Smoke Grey and Citrus Yellow.

This announcement comes as a surprise given how many pundits thought Apple was in the process of phasing out the Beats branding. At the start of the week the company took down, then restored, its Beats web page; many of us assumed this meant it was about to launch the AirPods Studio and start to move away from its focus on Beats. It turns out we were wrong about that.