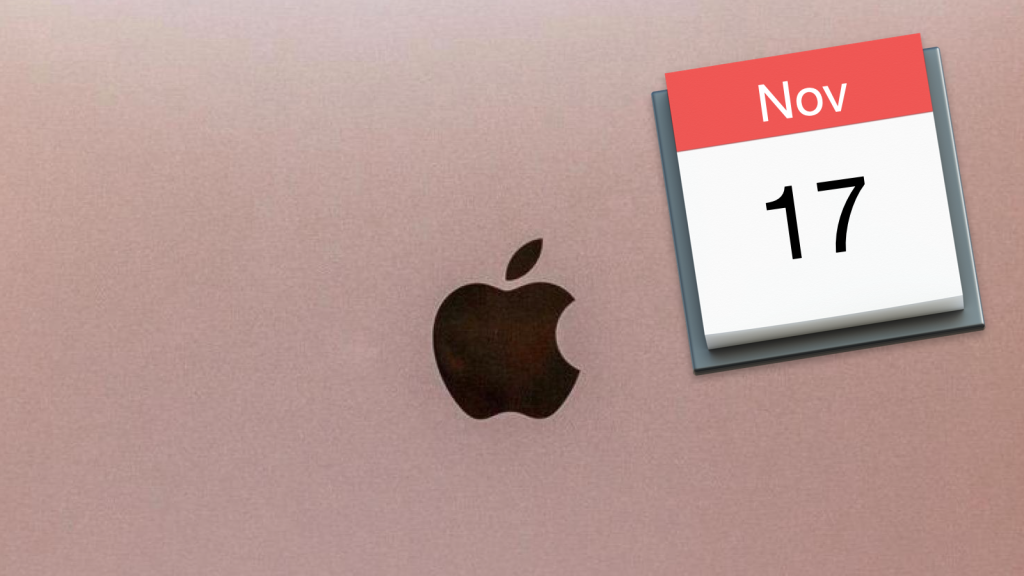 The 13 October event told us all about the iPhone 12 and the HomePod mini, but Apple failed to answer our questions about the Mac – specifically when macOS Big Sur will arrive, and when the first Silicon-powered Mac will launch. We also heard nothing of the long-rumoured AirPods Studio over-ear headphones and Apple failed to reveal the date the iPad Air will go on sale..

That’s given leaker Jon Prosser a great opportunity to step up to the mark with some of the missing information on Twitter.

To confirm, there IS a November ARM Mac event. I’m hearing November 17th. 🗓

That suggests we should mark Tuesday 17 November in our diaries for the next Apple event.

We expect that Apple will announce the event on 10 November.

A third autumn keynote would be a premiere for Apple, but an event in November would not. In 1997 Apple presented the Power Mac G3 on 10 November and launched its online store. Product presentations without a keynote have been the order of the day in recent years, such as the AirPods Pro and the MacBook Pro 16in in 2019.

Alongside the new Macs we may also see the AirTags in November.

Prosser also suggests that pre orders for iPad Air will start today (16 October), with an on-sale date of 23 October.

Finally, the AirPods Studio will be unveiled at an event on Tuesday 16 March 2021.

Okay, how about “One More Thing” ? After this November ARM Mac event, the next Apple Event (currently a digital event) will happen on Tuesday, March 16, 2021 🗓 Event headliner will be AirPods Studio (B515) https://t.co/UxqQr6je1c pic.twitter.com/oCxVhg3owb

Prosser has been more right than wrong lately, with the embarrassing exception of his prediction that Apple would launch the Apple Watch and iPad on 8 September, when instead it announced the date for the Time Flies event a week later.

Based on a report on Macwelt.