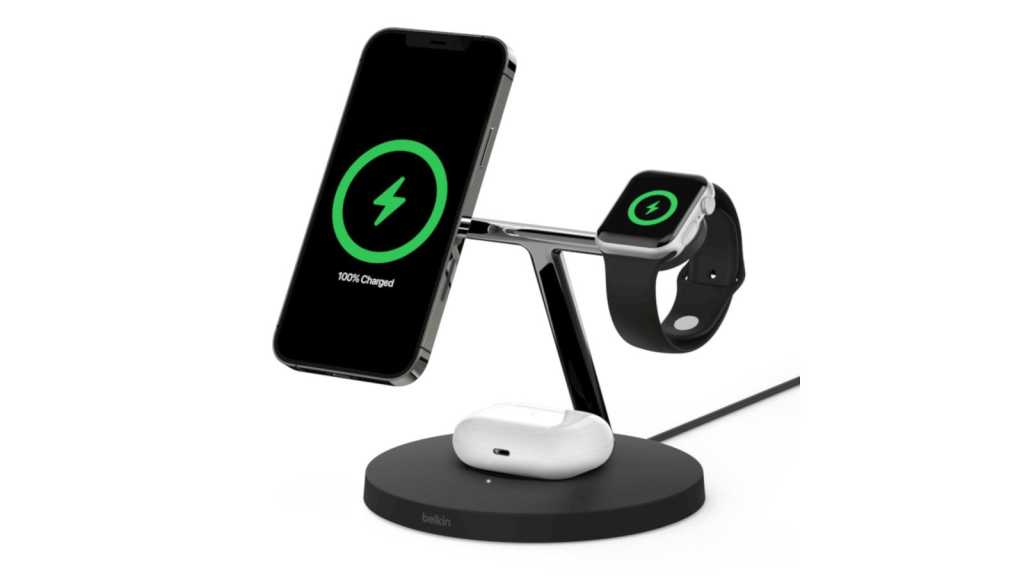 When Apple launched the iPhone 12, the company also introduced a new magnetic connector on the back of the phone. MagSafe, as it’s called, can connect wireless chargers, covers, card holders and more. The technology is open to companies participating in the MFi Program.

Belkin is one of the first manufacturers to join the action, having clearly had access to Apple’s specifications in advance. The company has announced two upcoming accessories for MagSafe.

The Boostcharge Pro MagSafe 3-in-1 Wireless Charger is a small stand that can charge iPhone, Apple Watch and AirPods (if they have a wireless charging case) at the same time. It’s made of hard white plastic and stainless steel, and has an “architecturally inspired design”, but what stands out most is the price: $149.99. That’s very nearly enough to buy a set of AirPods.

The MagSafe Car Vent Mount Pro is a car mount for iPhone 12. Attached to the vent, it essentially consists of a rectangular plate that holds the phone. No charger is included, and Belkin is asking $39.99 for it.

UK prices have not yet been announced for the two accessories, both of which will be released later this winter.