The iPhone 12 and 12 Pro have only been on the market for a few days, yet we’re already hearing complaints from customers about damage and the overall quality of workmanship.

First, a blogger named TechSina, having visited a Chinese Apple Store, claimed the cases of the iPhone 12 models there had suffered badly: the coating on the frame had flaked off in many areas. Wear and tear is particularly apparent on the edges of the device shown. 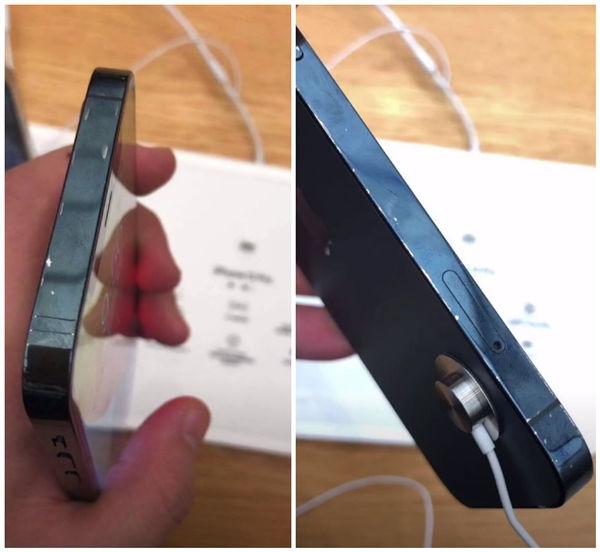 Judging by the pictures, this is an iPhone 12. For this model Apple uses an aluminium frame, which could explain the slight peeling of the coating under certain circumstances.

We’ve had the iPhone 12 and iPhone 12 Pro in our editorial office for a week and we cannot find any flaws on the case. It seems likely that the visitors to the Apple Store were less careful with the device than we have been with ours; when a device wanders through hundreds of pairs of hands, it naturally shows signs of wear and tear more quickly.

Cracked glass on the camera module

But that’s not all. The Twitter user and prolific leaker Max Weinbach has posted a photo of his new iPhone 12 Pro, with clear glass cracks visible on the back of the device around the camera module.

“What in the actual fuck,” he writes. (Apologies for the language.) “My phone didn’t fall, drop, or do anything anywhere. I literally placed it on a table face down and when I look at it, the glass is broken.”

What in the actual fuck. My phone didn’t fall, drop, or do anything anywhere. I literally placed it on a table face down and when I look at it, the glass is broken. I’m fine admitting when I break something, this WAS NOT me. pic.twitter.com/b6alnPpxVs

Weinbach flatly denies being to blame for the damage, continuing in a later tweet: “It broke on its own. This is insane.”

Replying to sceptics, he added: “For those who don’t believe me, think about it like this. Any drop would have had an impact point. There’s obviously none. If it where [sic] a direct drop on the ground, the crack wouldn’t have been like this.”

Weinbach suspects the problem relates to “structural instability”, in which case other users would also be affected. Yet so far it has only been an isolated case.

A common explanation at the time was that the camera’s sapphire glass was inserted too closely into the frame, or that the frame exerted too much pressure on the glass. The sapphire crystal itself is extremely scratch-resistant, but also brittle, and cracks are likely under such circumstances.

Does Apple have a manufacturing problem?

The cases described still seem to be isolated cases. To speak of a general or “structural” production problem seems a bit premature.

Of course, even a company as large as Apple is not exempt from possible production errors, and the corona pandemic has presented Apple with special challenges. We will keep our eyes open and report on other possible cases.

iPhone 12 owners also seem to be disproportionately affected by a bug that causes SMS messages to go missing.

If you’re not put off by these reports, browse our guide to the best iPhone 12 deals for the latest bargains.