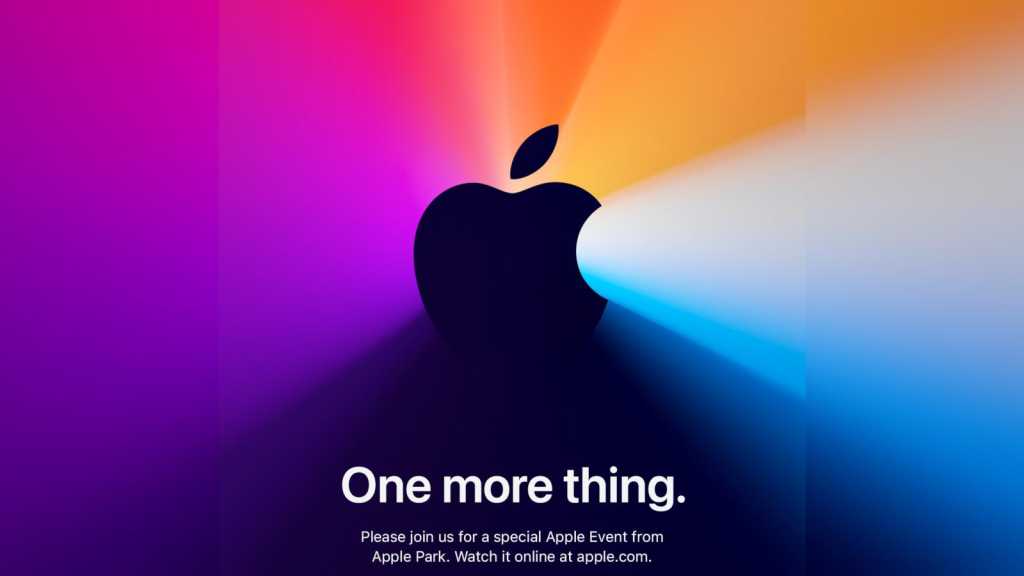 Apple still isn’t done. The company has announced an unprecedented third event for autumn 2020, this time taking place on 10 November.

Aptly taglined “One more thing” – a reference to Apple’s old habit of saving its best announcements for the end of a keynote speech – the event is expected to focus on Macs. We may or may not catch sight of our first Apple Silicon MacBook.

Other rumoured products that Apple wasn’t able to squeeze into its September and October events include the AirTags and the AirPods Studio, although Jon Prosser says the latter won’t be with us until March. (Might be worth pointing out, however, that Prosser said this event would be on 17 November. Close but no cigar, Prosstradamus!)

For an in-depth look at the products most likely to appear, read What to expect at Apple’s November event.

For even more insight into what’s likely to launch there is Easter Egg that shows an AR animation hidden in Apple’s website.  Here’s How to see the easter egg hidden in the One More Thing event invite.

The presentation – another virtual event, with no guests able to attend in person – will begin at 10am Cupertino time (PST) on Tuesday 10 November. That’s 6pm UK time, or 1pm on the East Coast of the US. Australian readers will have to work it out for themselves because frankly life is too short.

We’ll be covering and exhaustively discussing all the announcements as they come in, right here on Macworld UK. See you on the night!