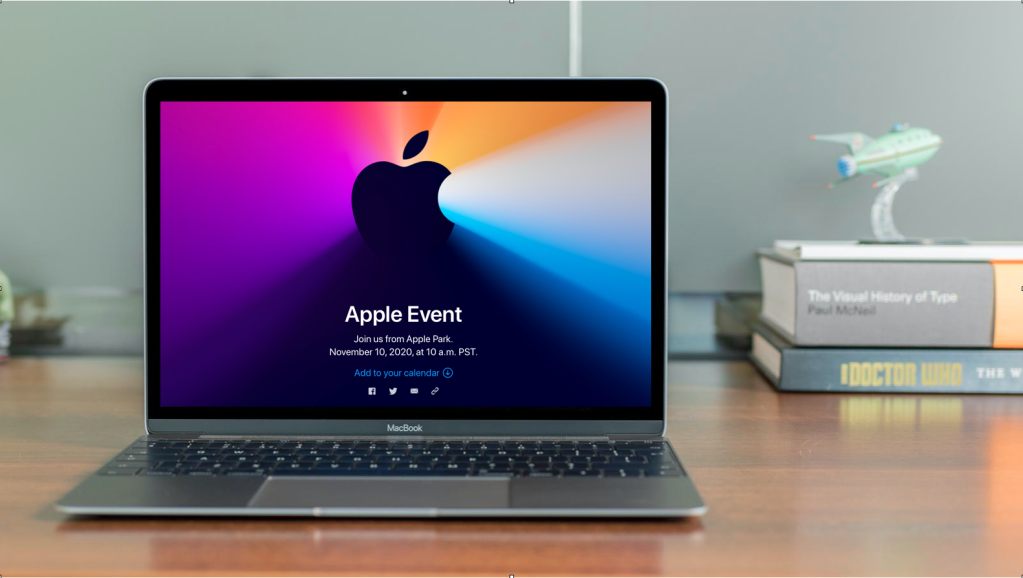 The One More Thing event will be a big launch day for Apple. The shift from Intel to the company’s proprietary Arm processors was already announced during the summer, and on Tuesday we will see what this generational shift means in practice for decisive factors such as price and performance in the Macs of the future.

More than one more thing

The latest rumours indicate that three Mac models may be launched: a MacBook Air, 13in MacBook Pro, and a 16in MacBook Pro, although the latter may not include a new Apple processor.

According to another rumour, shared on Twitter by L0vetodream, there may be two new 13in models of MacBook (possibly Air and Pro, although they don’t specify).

Other new MacBook models and an updated iMac will not arrive until 2021.

In any case, this is big news. Apple’s classic tagline “One more thing” feels rather like an understatement when it now seems likely they will talk about more than one new thing. Fitting two or three Macs with the next generation of Apple processors is a gigantic change for Apple’s Mac product line.

In addition we may finally see an official release date for macOS Big Sur at the 10 November event.

Somewhat surprising is that Apple, according to rumours, does not seem to have any plans to introduce new designs with the new computers, at least not in this instance.

A brand new processor architecture packaged in the same old hardware design, sounds like a missed opportunity for Apple to design something new from scratch.

The promise of Apple Silicon includes higher performance with fewer watts, with potentially lower heat generation and energy consumption as a result. Such changes certainly open up design choices at the drawing board.

For example, Apple could also provide a smaller, quieter and lighter computer able to provide the same performance and battery life as currently. We could even see a new computer of the same size, but with significantly better performance.

The 12in MacBook that Apple scrapped a while ago could be the perfect Apple Silicon candidate. With Apple Silicon under the hood the fanless design be able to come into its own, instead of being disadvantaged by Intel’s relatively weak Core M processors.

Nor have any rumours indicated that Apple will provide Macs with a touch screen. Apple has so far been strict against this, among other things for ergonomic reasons, but a Mac that can run iPhone and iPad apps is probably the strongest argument so far to provide a Mac with a touch screen for the first time. Nevertheless, there are no rumours that this is happening.

However, it may not be long before a major change occurs. Analyst Ming-Chi Kuo talks about a major transformation in 2021 for MacBook Pro, including the arrival of a 14in MacBook Pro.

It may only be then that Apple seriously exploits the potential of its new processor architecture, with this first round mostly seen as a way to quickly get Macs with Apple Silicon on to the market.

Also exciting are the rumours that Apple may launch a new, smaller Mac Pro next year. This indicates that Apple has solved the problem of how to make computers with powerful graphics with the Apple Silicon platform, as a replacement for today’s combination of Intel-CPU and AMD-GPU. For more information read: Intel vs Apple Silicon.

The rumours also indicate that Apple’s first round of the next generation Mac will retain the same design – which will undeniably mean disappointment. There have been suggestions that a redesigned iMac could be on the way in 2021.

Nevertheless, it is difficult to pinpoint a single moment for the Mac that has been as groundbreaking since the transition to Intel processors 15 years ago.