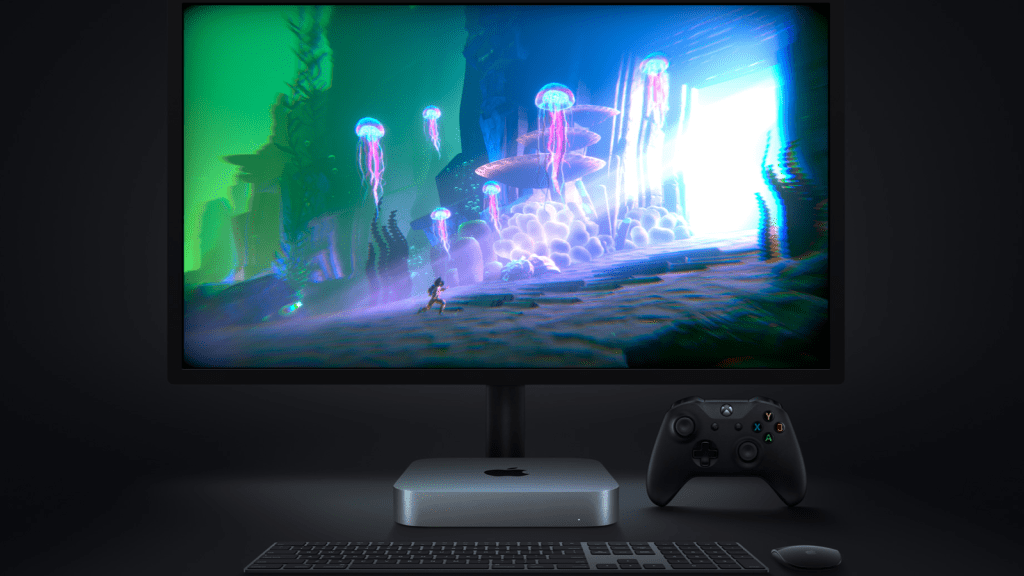 With eight graphics cores and encouraging performance data provided by Apple the new M1 SoC sounds promising. Video editing, complex games – all of these should no longer be an issue for Macs with Apple Silicon. Read more about the M1 chip here: How good is Apple’s M1 chip really?

According to Apple the graphics in the M1 on the new Mac mini are up to six times faster than the Intel UHD 630 in the old model. When Barefeats tested it, the old Mac mini gave 15.7 frames per second at 1344×768 pixels resolution in the now five-year-old game Rise of the Tomb Raider. Six times more than that is a respectable 94.2 frames per second, but the resolution is very low.

Apple at least is convinced of this. The company clearly believes that the integrated graphics in MacBook Air, 13in MacBook Pro and Mac mini are sufficient, because the company has confirmed that the new M1 Macs do not support external GPUs or eGPUs.

A eGPU does make a huge difference to a Mac with integrated graphics though, as demonstrated by a test where the M1 MacBook Pro was beaten by MacBook Pro with eGPU.

Professional users, and some well-to-do gaming enthusiasts, have for a few years now been able to choose one of Apple’s lightweight Macs and then expand the graphics performance with a powerful external graphics card. This possibility has now disappeared: AppleInsider has confirmed that the M1 processor does not support eGPUs, and Apple has removed references about support for BlackMagic eGPU from the product description.

The eGPUs from BlackMagic, which Apple has offered for some time, are not listed as accessories for M1 Macs on Apple’s Online Store. They are of course still available for Intel Macs. We have a roundup of the best eGPUs for Mac if you’re interested.

The entry-level Macs are only the first step in a long-term transition to Apple Silicon and at the high end it seems unlikely that Apple would not allow the Mac to be supported by external or even internal solutions with far more graphics cores and greater performance. Indeed, it’s been discovered that M1 Macs do recognise external graphics cards, suggesting they could support eGPUs at some point in the future.

The next SoC, supposedly called A14T, could possibly change the situation with regard to graphics. For more details read: Apple’s Silicon graphics plans.

You can find out more about the first Macs with the Apple M1 via the links below:

We also have more information about how Intel and Apple Silicon compare.

This article is based on reporting on Macworld Sweden & Macwelt. Translation by Karen Haslam.