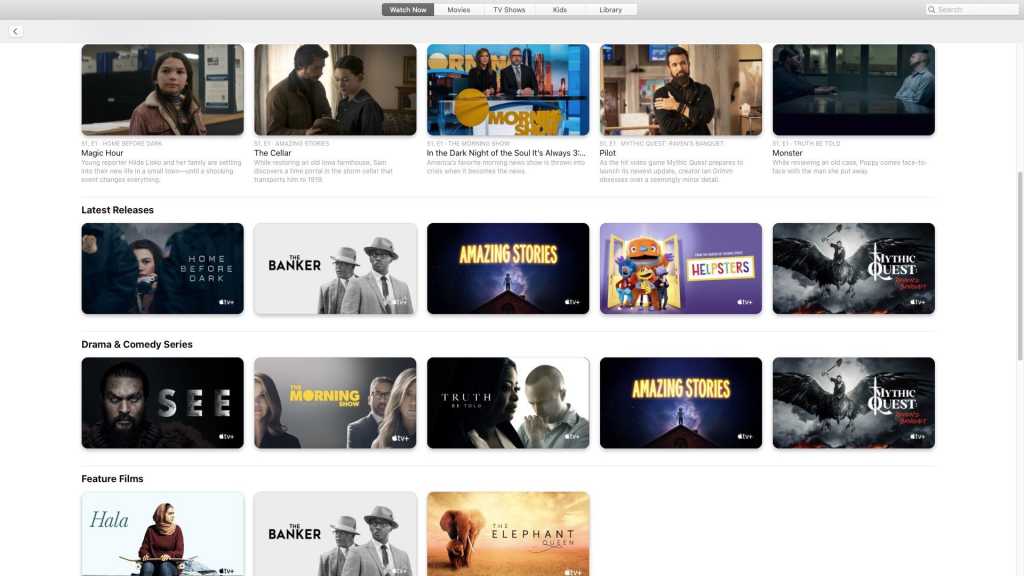 Several Apple TV+ users have reported that they have received messages from Apple in which the company says that they will receive credit every month from November 2020 until January 2021 as a thank you for subscribing to the streaming service.

The amount of credit varies by country, but should be £4.99 in the UK and $4.99 in the US, in line with the usual subscription price. Essentially Apple is giving subscribers three months for free.

The credit will be added to the user’s Apple ID and can then be used to pay for, for example, movies, games and other Apple services.

Many of those with Apple TV+ subscriptions have never had to pay Apple anything. Since November 2019 Apple has been giving a year’s free subscription to Apple TV+ with the purchase of many Apple products (e.g. iPhone, Apple TV, iPad, Mac). Some of those one-year free subscriptions could have run out at the beginning of November 2020, but Apple has extended it by another three months, so even those who have already had free Apple TV+ for a year will continue to get the service for free until the end of February.

UPDATE JANUARY 2021: Apple has now extended the free trial by another six months to July 2021.

The free credit to subscribers is probably Apple’s way of thanking them as well as compensating them for the fact that Apple has extended the free subscriptions.

As for why Apple is extending free subscriptions, we think it may be because many of the second seasons that the company was banking on being a draw for people updating their subscriptions have been delayed due to Coronavirus.

If you aren’t already subscribing find out what you are missing: What’s on Apple TV+.

This article was based on a report on Macworld Sweden. Translation and additional reporting by Karen Haslam.