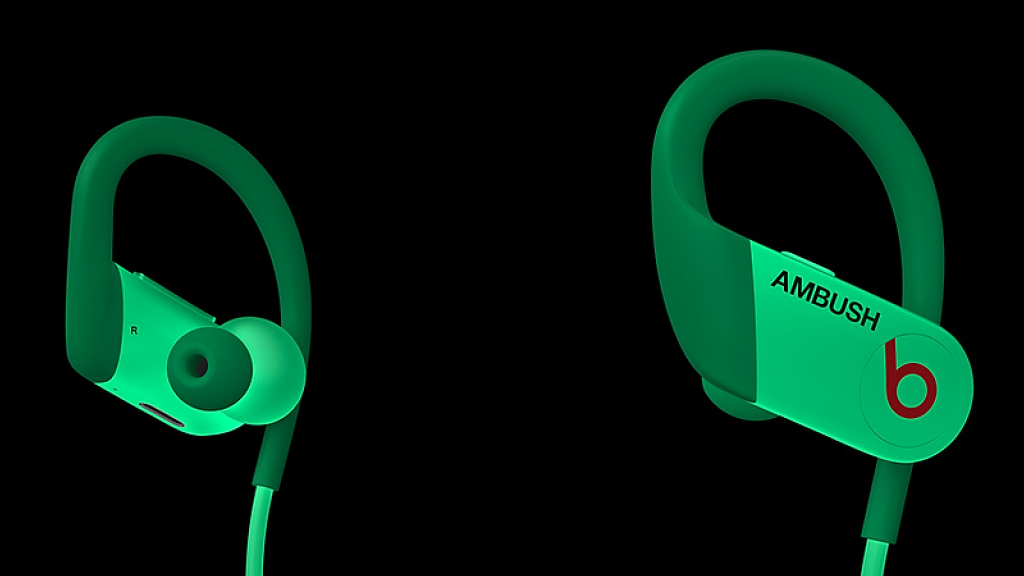 Beats Powerbeats are wireless headphones for those who want a more striking design and more bass than AirPods. Apple bought Beats back in 2014 and as a result Apple is now the company behind those headphones (if you didn’t realise the connection).

Due to Apple’s involvement in Beats, these headphones feature the same H1 chip that makes the connection to the iPhone and other gadgets easy.

The new variant of Powerbeats, this time in collaboration with Japanese Ambush. It’s basically a new colour and not a complete redesign, but it’s a really brilliant colour that glow in the dark. They are called the Powerbeats AMBUSH Glow. Read our review of the 2020 Powerbeats.

The headphones actually absorb daylight and glow green in the dark, just like the stars that adorn many nursery ceilings.

The Powerbeats feature a cable between the two headphones, 15 hours of battery life and charging via a lightning cable.

The new glow-in-the-dark headphones will be sold at Apple Stores and in selected stores from 18 November. You can buy them for £169.95 from Apple’s UK store. They are $199.95 in the US Apple Store.