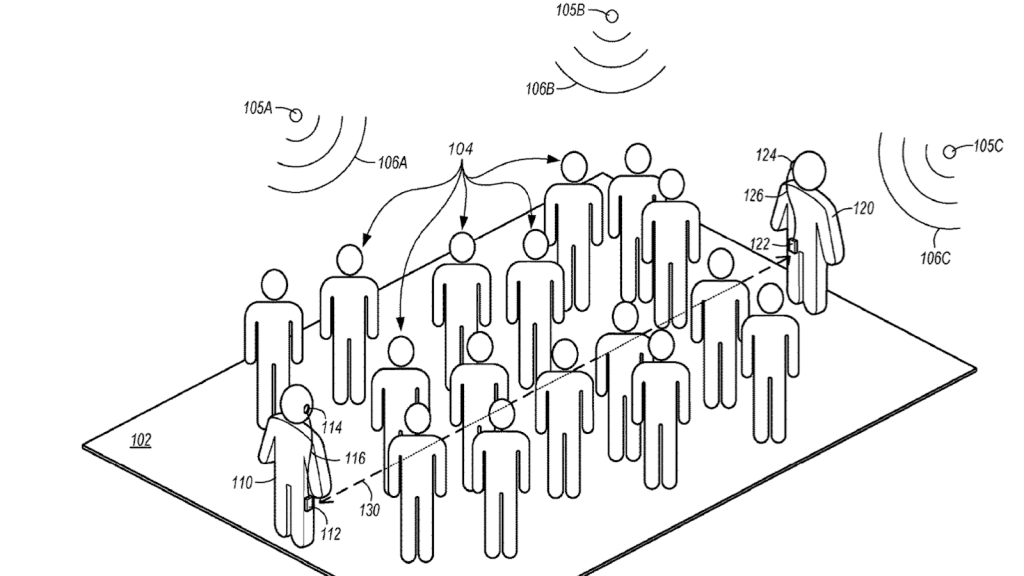 Patently Apple has found a patent application from Apple which shows how the new intercom function for the HomePod could allow people wearing Apple’s wireless headphones to communicate.

The Intercom function works with HomePods, iPhone, iPad, Apple Watch, AirPods, and CarPlay and allows a person to send a message from one of those devices to the others, and receive a response. Read about how to use Intercom here: How to use Intercom.

It is similar to the walkie-talkie feature in the Apple Watch that Apple launched a few years ago.

Patently Apple reports that a similar feature may also be in the works for AirPods – suggesting that you may be able to use the Intercom/Walkie-Talkie feature between two sets of AirPods.

In the patent application, Apple describes various variants of the technology, including one where a pair of full-size headphones (which could be the AirPods Studio the company is rumoured to have in progress) can establish temporary direct contact with another pair. For example, a couple could link their headphones to watch the same movie and also discuss the content without interrupting the movie or taking off the headphones.

Apple suggests that the technology could be used by people who need to communicate at a short distance in noisy environments. Instead of having to shout or go closer to each other, a quick connection between each pair of headphones could enable them to talk.

An accompanying iPhone application would displays an AirDrop-like interface so that the user could select someone to talk to.