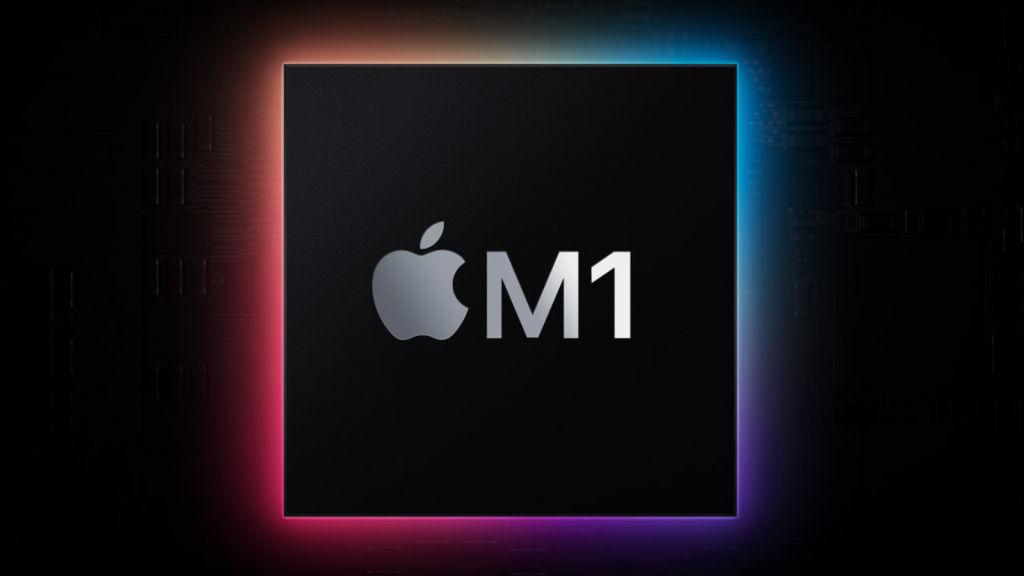 If you’re lucky enough to be using a new M1, M1 Pro or even M1 Max Mac, or considering buying one, you’ll be wondering if the apps you need to use will work on it – especially since Intel publicly criticised the range of software that’s compatible with Apple’s M1 processor.

In this article we’ll run through all the apps that are ready for the M1 chip – which includes Photoshop and Parallels (which brings the ARM version of Windows to M1 Macs).

Where the developer has released a M1-ready beta version we will mention that too.

With so many Macs now running on M1 chips it is particularly crucial that the apps people need are running on the M1 or it’s variants. While there are still a number of apps that aren’t native yet, many of those are able to run via Rosetta 2. But there are still apps that don’t run well even using Rosetta. See our list of Apps that still aren’t M1 optimized below.

Rosetta is Apple’s tool for translating code intended for Intel processors so that the M1 chip understands it. Rosetta 2 should mean that most existing Mac apps will run on the new M1 Macs, although they may take a few minutes to start up the first time you run them on the new machine as Rosetta will translate the code so that they can run. Running via Rosetta may also cause some lag – although hopefully it won’t be noticeable.

Luckily there is an ever-growing list of apps that are running natively on the M1 Macs. As you would expect Apple has converted all its apps to run on M1, but other companies are also working on updates to their apps. We’ll run through what’s arrived so far below (in alphabetical order).

Google shipped a version of Chrome with M1 support back in November 2020.

If you are on a M1 Mac you will see an option to download for a Mac with Apple Chip.

The first build that shipped caused new Macs to crash though, so a second version appeared on 18 November 2020.

Cinema 4D was the first pro 3D animation package available for M1 Macs back in November 2020.

Since March 2021 CorelDRAW has been native on the M1 Mac.

CrossOver allows users to install Windows apps without requiring the installation of Windows itself. This is a breakthrough because the ARM-based Macs can only run the  ARM version of Windows, which isn’t readily available yet.

For more about Running Windows on M1 Macs, read: Will Windows run on Apple M1?

Blackmagic Design updated DaVinci Resolve and DaVinci Fusion to run natively on the M1 Macs back in November 2020. But in August 2021 the company introduced version 17.3, which offers a new processing engine that can offer up to three times faster working speed on M1 Macs.

It should also be possible to edit 8K projects. Even the native editing of several 4K streams should now be possible on a MacBook Air, says Grant Petty, CEO of Blackmagic Designs. Read more here: DaVinci Resolve is 3x faster on M1 Macs.

DaVinci Fusion 17.1 and DaVinci Resolve 17.1 are available as part of the free DaVinci Resolve, but you can purchase premium standalone versions for $299 each for a lifetime license.

The Edge browser has been optimised for the M1 Macs since February 2021.

Safari, Chrome, Firefox and Brave are all optimised for M1 Macs (as discussed below).

Firefox had offered preliminary support for M1 in the Firefox 84 Beta. As of 15 December the public version of Firefox has been updated to support the M1 natively.

From Release 16.3 onward you can run InDesign in native mode on M1 Macs. Adobe says: “InDesign users will see similar gains, with a 59 percent improvement on overall performance on Apple Silicon”.

Like InDesign, Illustrator is now M1 native. The updates were released in June 2021. You can expect an increase in speed and performance thanks to the update. Adobe says: “Overall, Illustrator users will see a 65 percent increase in performance on an M1 Mac, versus Intel.”

The update also adds support for more cameras and lenses, in addition to the usual bug fixes. For more detailed information, visit the Adobe blog.

The system requirement for Adobe Lightroom 4.1 is macOS 10.14 or later. As usual, the application can be downloaded from the Mac App Store.

Version 6.6.1 of NordVPN, announced on 16 August 2021, adds support for Apple Silicon. Note that it’s a universal app that supports Intel architectures too.

In August 2021 Libre Open Office 7.2 was released claiming to run natively on M1 Macs. Unfortunately, there were a few issues in the early versions, but by v7.2.0.4 native Apple Silicon support was claimed.

this is not yet a final version that is suitable for critical use, according to the developers.

The new version offers numerous new features and improvements. One of the focal points of the 17.2 update is the handling of very large files. These should now be more reliable to use, for example in presentations with large image files.

Compatibility with Office files has also been improved. The new version also allows users to search for menu commands in a pop-up list and there is a scrollable selection for styles and a fontwork panel.

In the spreadsheet you can sort by colour using auto-filter and Impress and Draw receive new templates.

The Opera web browser was updated for the M1 Mac in April 2021. Opera claims it “runs 2 times faster compared to the previous version of our browser.”

In April 2021 Parallels announced that new version, Parallels Desktop 16.5, offered native support for M1 Macs. This means that it is possible to run Windows on the M1 Mac – but only an ARM version of Windows is supported.

On 10 March 2021 Adobe released a version of Photoshop that supports the M1 Chip.

This new version has been shown to give some very significant speed boosts compared to the Rosetta version. PetaPixel ran speed tests comparing the Rosetta and native M1 versions and reported that the M1 Mac mini running the native version recorded the second highest overall score they’d ever seen.

It’s not all good news though. There are Photoshop features missing from the M1 version. These include the following:

There are also a number of issues flagged by Adobe, including “issues when exporting SVG files and a black screen when viewing a 3D document”.

If you need the absent Photoshop features it is possible to switch between the two versions of the app. To switch to the Rosetta version follow these steps:

Speed tests of the beta version had already shown amazing results: In some cases, Adobe’s software ran up to 80 percent faster on an M1 Mac than the same version on an Intel computer. In particular the functions that use Apple’s Neural Engine benefited from the port to the ARM version.

In our tests, prior to the update an M1 MacBook running Premiere Pro 15.1 needed 11 seconds to edit one minute of video material. With version 15.4 this time is reduced to three seconds. It’s also better than an Intel MacBook running Premiere Pro 15.4, which takes almost 10 seconds to edit the minute of video material, and a Windows computer with the RTX-3090 graphics card – which takes six seconds.

The only disadvantage is that Adobe has discontinued support for older rendering engines such as CUDA or OpenGL for Premiere Pro.

There are a few other functions missing for now:

As of 15 December 2020 Microsoft has made the Office suite of apps (Word, Excel, PowerPoint, OneNote and Outlook) for Macs universal – which means they will run natively on M1 and Intel Macs.

However, some elements of Excel were still reliant on Rosetta until January 2021. Microsoft has now moved its Power Query of the databases from the Intel code so that Excel version 16.57 can work completely without Rosetta.

We have an Office for Mac buying guide.

The update also brings a refreshed interface that, among other things, makes it easier to find the effect you want. Users will also be able to adapt the look to their own needs.

Twitter updated its Mac app in November 2020 so it’s compatible with the M1 chip. The app design has also been updated.

A M1 ready version of the popular video playback program VLC was released in January 2021. VLC 3.0.12 is optimised for Apple Silicon.

It has full support for the ARM64 architecture in Apple’s new Macs.

Most developers who add full support for Apple Silicon and the new M1 Macs do so by embedding it in the existing program, a so-called universal binary. However, there VLC 3.0.12 has two separate versions: One for Intel Macs and one for Apple Silicon Macs.

Why VLC has chosen to do so is not clear, it may be to do with components that have not been updated yet.

To get the optimised version on an M1 Mac, you must first install the update to 3.0.12 and then check for updates again. This way you can download version 3.0.12.1, which has only ARM64 code.

Blizzard was the first gaming company to release a title optimised for the new Mac models when it adapted World of Warcraft for the new M1 processor in November 2020.

Blizzard has a long tradition of optimising its games for macOS.

Other apps and tools optimised for M1

There are lots of other apps that have been optimised for the M1 chip. You can check this website to see if the app you use is listed.

This is by no means an exhaustive list, but there are a few that stand out:

Apple’s own apps including Safari, Pages, Numbers and Keynote, iMovie and GarageBand, as well as Final Cut Pro and Logic Pro have all been updated for the M1.

Because they use the same family of processors as the iPhone and iPad the M1 Macs will be able to run iOS and iPadOS apps – as long as the developer agrees to port them over (some apps won’t be suited to the Mac, for example a game that uses the accelerometer or where there is a suitable Mac version already).

In July 2021 there were around 47 iOS apps available on the Mac App Store.

Early on it was possible to install iOS apps that were not visible on the Mac App Store on Macs, however Apple has since removed the ability to ‘sideload’ iOS apps on M1 Macs.

If you’re looking for more information, you can read about how fast the M1 chip is. For more advice on whether to buy an M1 Mac, read Should I buy an M1 MacBook or Mac?

As for what you can’t run on an M1 Mac, sadly it isn’t possible to run older versions of macOS on M1 Macs and you can’t currently run Windows on an M1 Mac either.

For more advice about downloading and installing apps read: How to install apps on the Mac