Apple has launched its new M1-powered Macs and MacBooks with much fanfare. The M1 Chip inside the new MacBook Air, MacBook Pro and Mac mini boasts increased performance and efficiency, marking a departure from Intel as Apple now makes the silicon in its machines. This allows the company to optimise the entire Mac to fit its vision of how the platform should be, rather than have to rely on a third-party.

So, should you buy a new M1 Mac or stick with the Intel-powered Macs that remain in the Apple Store? We take a look at the pros and cons of Apple’s new venture.

The M1 chip seems to be faster than Intel

While, at the time of writing, we’re still putting our M1 test machines through their paces, all early indications are that the new chip really does seem to have some oomph (that’s a technical term) as the M1 Macs are getting rave reviews.

Apple has designed the M1 System on a Chip (SoC) so that it has the memory included on the board, something it calls Unified Memory Architecture, which speeds up the transmission of data as well as added to the general swiftness of the performance. macOS Big Sur has also been built from the ground up with M1 in mind, so the software optimisation is no doubt playing its part. 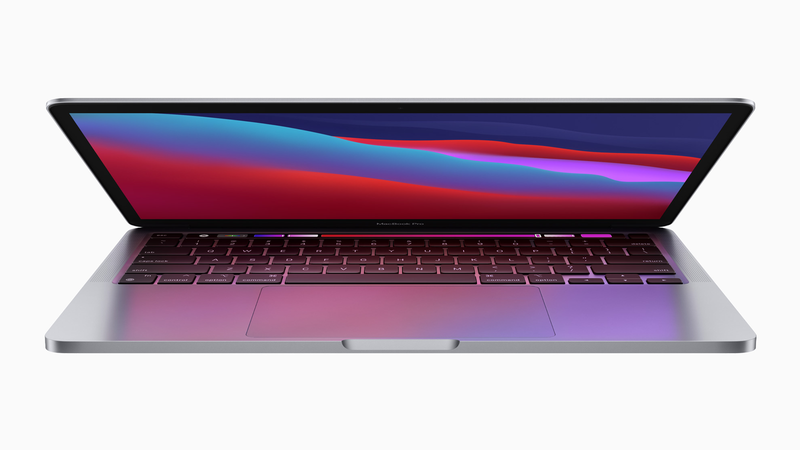 M1 is the future Apple has in mind

You can be sure that the Intel MacBooks will be supported for a while yet, but the truth is that Apple doesn’t seem to have them in its plans going forward. The company has already stated that it intends to transition all of the Mac line-up to its own chips by 2022, and this means that the majority of new capabilities introduced in subsequent versions of macOS could be M1-only or certainly work better on that platform.

With this in mind, it’s worth asking yourself how long you generally take between upgrading your Mac? If it’s every couple of years, then the Intel version could still be a sensible purchase, but if it’s four or five years, it’s harder to predict how compatible they will be with macOS upgrades.

You may be concerned, hjaving heard about M1 Macs already becoming the target of malware – and especially in the light of the Silver Sparrow case. However, there are a lot of ways in which the M1 Macs are more secure than the Intel Macs.

The M1 machines cost the same as the Intel ones

We knew that Apple would be replacing some Intel Macs with its own chips by the end of 2020, but we were surprised when the MacBook Air M1, 13in MacBook Pro M1 and Mac mini M1 arrived without a price hike – in fact the Mac mini saw £100/$100 knocked off the price! This means you don’t have to spend any extra to but the new devices then you would have if you bought the Intel models they replaced. 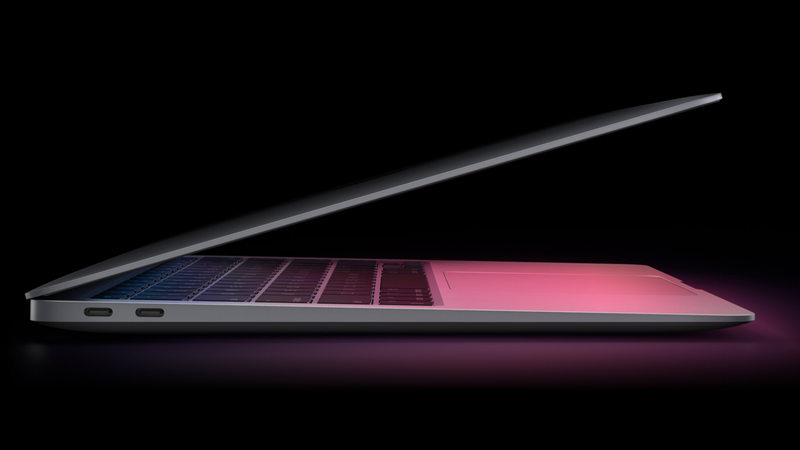 As we’ve pointed out, you can still purchase an Intel MacBook Pro, but if you want the same spec as the previous generation, with the added advantage of the M1’s performance and future-proof nature, then you don’t have to pay over the odds to get it. To see how the whole range lines-up, read our Mac buying guide.

When buying a Mac, we always advise you to get the most RAM and onboard storage you feel you’ll need for the lifetime of the product, as most are impossible or very difficult to upgrade. Although Apple does allow build to order options for the new M1 machines, the 13in MacBook Pros in particular have quite different maximum specs.

The M1 version comes with 8GB of RAM and 256GB of storage as the baseline, and these can be upgraded respectively to 16GB and 2TB, albeit for some quite sizeable sums. Conversely, the Intel variant comes with 16GB RAM and 512GB of storage, which can be maxed out at 32GB and 4TB. It’s even possible to upgrade the RAM in the Intel MacBooks after you’ve bought them, but it’s not for the faint hearted.

Now there are considerations here in that, due to the aforementioned Unified Memory Architecture, the M1 machines might not require the additional space offered by the Intel ones. Only time will tell, but as there’s no way to upgrade the RAM in the M1 Macs, it could be too late by then.

We also have a comparison of the M1 vs Intel MacBook Air models and the Intel vs M1 Mac mini models.

If you use an external GPU on your Mac, either for gaming or professional graphics-related work, then you’ll be sad to hear that these will not work on the M1 powered Macs. The same is true for multiple external displays, as the new chip will only support a single external monitor.

In the case of the former, Apple is confident that the built-in 8-core GPU will prove far more powerful than the Intel integrated graphics it replaces, but that was never exactly a world-beater in the first place.

As for the multiple external display limitation, we’ve no idea why this exists. It is possibly a restriction on the hardware side of things, but if you like to game at the highest resolutions and with multiple displays, the Intel machine will prove a better option. There is, however, a software workaround to add two or more external displays to an M1 MacBook.

However, you should note that M1 MacBook has been beaten by a MacBook Pro with eGPU attached, so it is a clear disadvantage. Note, in January 2021 AMD CEO spoke about how AMD will continue to work with Apple.

M1 can’t run Windows and other apps at the moment

Changing platform means that existing apps will have to be adapted to run on the new hardware. Apple has already done this with all of its own apps, but it will take time for other companies to catch up. There is the Rosetta 2 software on the M1 machines that translates app code on the fly, making it possible to use non-optimised apps, but you can be pretty sure that this isn’t a seamless experience.

The other major concern some people may have is that at the time of writing there is no way to run Windows 10 on the M1 Macs. Boot camp has been retired, and the popular emulation software titles like Parallels and VMware are not yet ready, and they are waiting for the ARM version of Windows to be ready. So, if you use Windows 10 on your current Mac, you might want to stay put.

We expect these issues to be worked out in time but moving to the M1 machines now might bring some nasty surprises if you’re reliant on software like Windows 10 or older, small apps that may not make the transition at all. For more details, read which apps will work on M1 Macs.

Incidentally, developers have managed to virtualize Windows on an M1 Mac – and the benchmarks are impressive. Read more here: Apple M1 runs Windows on ARM faster than Surface Pro X.

Early adopting a product can feel exciting and give you the prestige of being the first to get your hands on the latest and greatest. But, with this exclusivity comes risk. Any new product usually has teething trouble, and this can be magnified when said innovation is the component that controls nearly all operations in a computer. The M1 seems like an excellent piece of technical design by Apple, but with so few M1 Macs in the hands of the general public, it’s too early to know if there are any serious problems that will come to light.

For example, users of the M1 Mac are reporting extreme SSD activity that could shorten the life of the Macs.

Still unsure, we also have Should I buy an Intel Mac?

You may be interested to learn that Experts expect marketshare of M1 Macs to rise in 2021.

If you feel like taking the risk, then you should look at best MacBook Pro deals, best Mac Mini deals, and best MacBook Air deals.