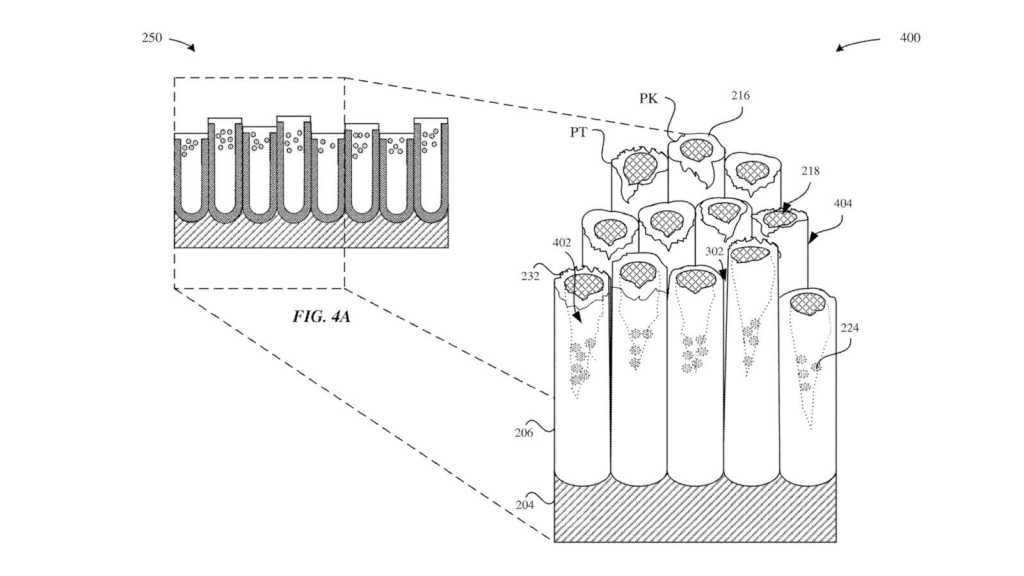 If you’ve always found Apple’s products too shiny, or insufficiently shadowy, you’ll be pleased by the company’s latest patent activity.

A new patent application, Anodized Part Having A Matte Black Appearance, describes a new type of anodising that can “absorb” light to make a matt black colour look even darker, MacRumors reports. By etching small pores in the top layer, more light will be absorbed by the metal, giving a darker black that doesn’t reflect light.

The concept is in many ways reminiscent of the colour Vantablack, which absorbs 99.965% of all light and is one of the darkest substances known to man.

Apple doesn’t specify in the patent that this would be used on a laptop, and indeed pictures of a phone, tablet and smartwatch appear alongside a laptop in the related images. But the MacBook range is the most obvious application for such a technology.

As usual, a patent application is not proof that a matt black MacBook is on the way – we wouldn’t, for example, bet money on such a colour finish being offered for the new 14in MacBook Pro – but it certainly points us towards the development areas Apple currently finds interesting.

Catch the latest deals in our guide to the best MacBook Pro deals.