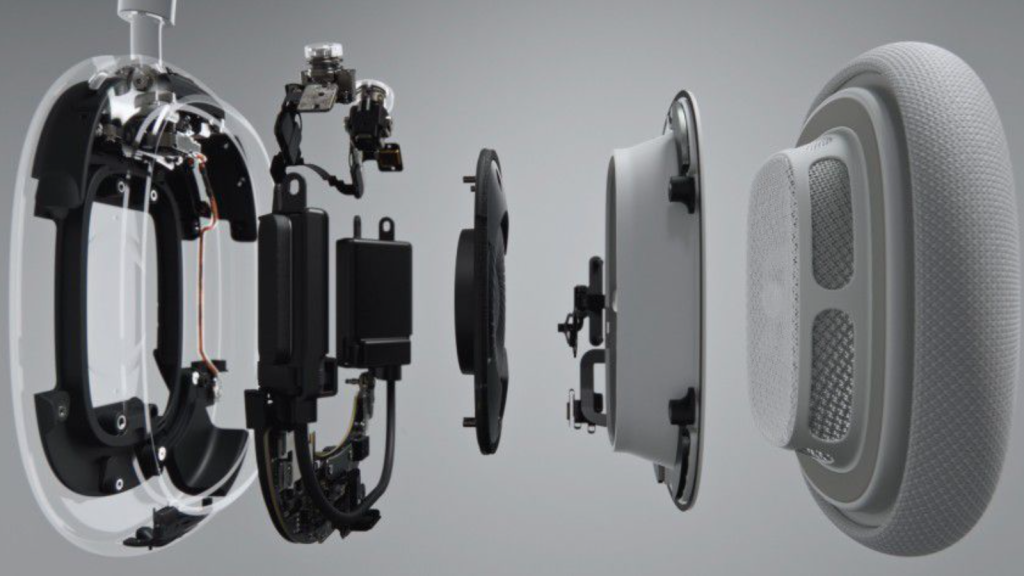 Apple’s AirPods Max have two H1 chips, one for each ear piece. These are used for audio data processing and thus ensure noise suppression, surround sound, transparency and adaptive EQ.

But the chips also raise questions. On the one hand they are old – Apple already includes them in the AirPods Pro in which they perform the same tasks are are not significantly larger in Apple’s new over-ear AirPods. On the other hand they are missing the processor that features in the HomePod mini – Apple’s ultra-wideband chip, the U1, which provides precise location and spatial awareness.

The U1 has been around for a while – it featured in the iPhone 11 generation provisioning for better AirDrop because the chip is able to determine the exact relative spatial orientation of two devices. It also features in the Apple Watch Series 6 and the HomePod mini.

In the HomePod Mini the U1 enables better handoff from iPhone to HomePod or vice versa. This would certainly be a sensible application for the AirPods Max, and yet the U1 chip is missing from these headphones.

Chinese leaker L0vetodream predicted back in September that the over-ear AirPods (which we now know to be called AirPods Max) would feature the U1 chip which would be able to determine how the user has put the ear cups on and then use this information to send the left stereo channel into the left ear and the right channel into the right. The new chip could apparently also help to correctly determine the position of the bracket on the head; which would make gesture control much more precise. Read more here: AirPods Studio to get U1 chip for gesture control.

Jon Prosser and Mark Gurman, who are more often right than wrong, had both predicted the U1 for Apple’s headphones and are now looking for explanations as to why it is now missing.

Looks like they made some changes on these to get them out the door as was deemed likely after several development set backs over the past many months — not seeing swappable bands, and Apple Watch Digital Crown instead of touch panels, and left and right sides aren’t reversible.

Mark Gurman believes that Apple has made some changes in the development process in order to be able to deliver the AirPods Max in 2020. The Digital Crown instead of touch controls and the waiver of exchangeable headphone straps were such a decision, says the Bloomberg editor. The exchangeable ear cups are also missing from the first generation of AirPods Max, but Apple can add all of these functions with the next upgrade of the headphones.