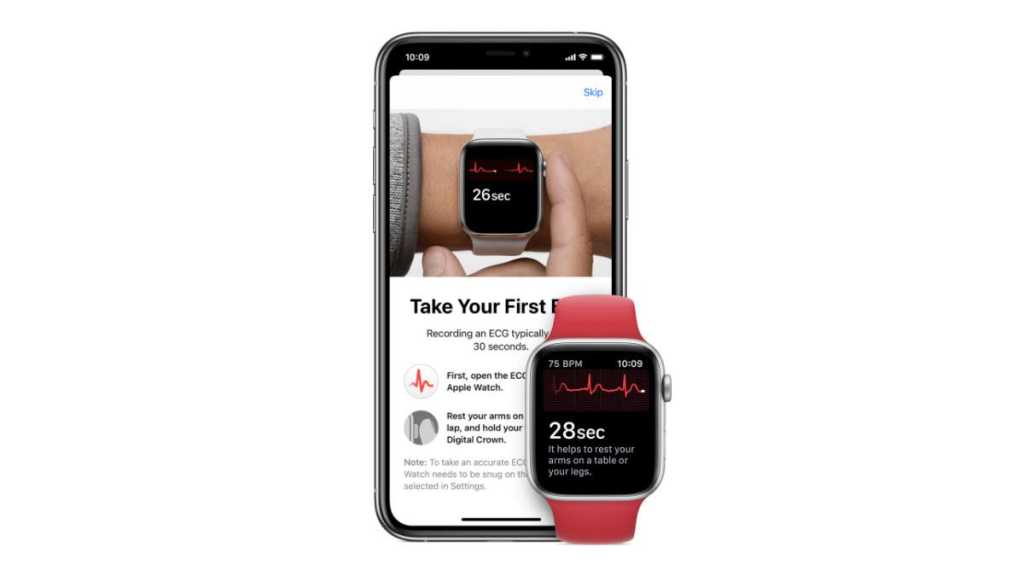 Today, iOS 14.3 is expected to bring a more accurate ECG app for the iPhone and Apple Watch, after clues were spotted in an earlier beta version of the software update. (Here’s how to update iOS.)

If you have installed iOS 14.3 RC and watchOS 7.2 (and depending on your location) then you will see a message about new ECG capabilities (AFib at higher heart rates) in the ECG app after updating it in the Health app. pic.twitter.com/nlAk7IjACz

Now the US Food and Drug Administration (FDA) has approved the second version of Apple’s ECG app. The FDA has made the relevant documents accessible online.

It’s understood that the updated ECG app will be able to detect atrial fibrillation in the fairly high pulse ranges. The original version was able to warn of irregular heart rhythm in the ranges from 50 to 120 beats per minute; if the heartbeat was faster than that, the app would report that couldn’t take a measurement and highlighted this in the Health app on the iPhone.

In the new version, the ECG app can determine atrial fibrillation with a heart rate of up to 150 beats per minute. Once such a frequency has been measured, the app presents a warning and recommendation that you consult your doctor.

The calculation algorithm in the app is also being tweaked. According to the documents, the app has received “minor, non-userfacing algorithm updates”.

The new version of the app is about as accurate as the first ECG app on the Apple Watch. Apple carried out a non-clinical study with just under 550 test subjects for approval. The conventional 12-channel method for the ECG was used as a reference.

The second generation of the ECG app from Apple was able to determine with an accuracy of up to 98.5% whether a test person had atrial fibrillation (sensitivity). With up to 99.3%, the app was able to testify to a healthy sinus rhythm (specificity). The first version of the app had comparable results delivered: 98.3% for sensitivity and 99.6% for specificity.

Read How to use an Apple Watch to monitor heart rate for detailed advice.