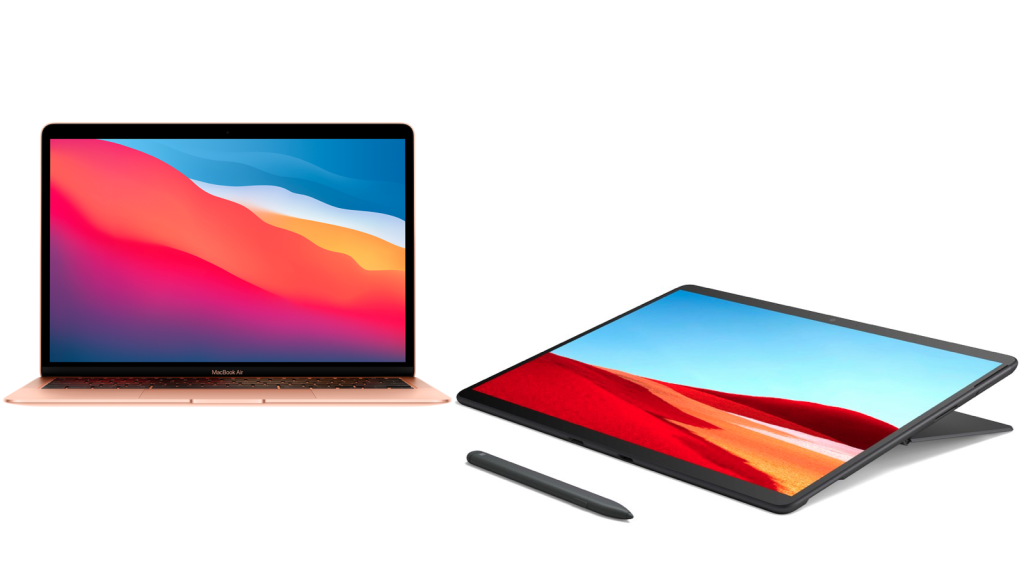 Apple’s new processors are fast – and we’ve seen that they are faster than Intel’s laptop processors – but above all they are energy efficient. It is the ARM64 architecture that forms the basis of the CPU cores and makes them so efficient, so the question is how they stand compared to other computers with the same architecture.

Our colleagues at PCWorld have run a series of tests on a MacBook Air with M1 processor and Microsoft’s Surface Pro X. The latter has a processor called SQ1 which has been developed in a collaboration between Qualcomm and Microsoft, and has the ARM version of Windows 10 running on it.

The test could be performed because, after some delay, Microsoft has finally released the 64-bit x86 code emulator for Windows on ARM. As a result modern programs compiled for Intel and AMD’s 64-bit processors can ow run on the platform.

Microsoft promises further optimisations of x86 code on Windows on ARM, and if versions compiled directly for ARM64 are released, they will go faster, but PCWorld notes that miracles are required for Windows on ARM to become something.