Apple Silicon is the phrase on everyone’s lips. The almost unbelievable performance of the first three Macs with Apple’s M1 chip should ensure that the company converts every model to its own chips as quickly as possible.

But is this feasible? What was virtually child’s play with the entry-level models of the MacBook Air, 13in MacBook Pro and Mac mini will not be so easy with the mid-range and top-end models and especially the iMacs and Mac Pro.

Apple has a lot up its sleeve that we don’t know about yet. Here’s what we expect from Apple’s Mac range in 2021.

This should be a banner year for the Pro. Starting with…

Since the 16in Pro came on to the market at the end of 2019 and earned positive reviews for its improvements over the problematic 15.4in model (keyboard failures, thermal problems and so on), many observers have assumed that a 14in model would replace the 13in Pro. Why shouldn’t Apple follow the same path for a second time and upgrade the 13in model with a larger display and better Intel processors?

Phil Schiller put an end to this speculation relatively quickly. Well, he already knew what we didn’t, and things turned out differently: instead of a slightly modified 14in MacBook Pro with an Intel chip, we got a 13in model with Apple’s M1 chip. In terms of performance, it was a quantum leap, but the design remained unchanged.

But that doesn’t spell the end for the 14in theory. On the contrary: we think Apple will keep the M1 MacBook Pro 13in as an entry-level model in 2021 and add a 14in version in a completely new design and with an M1X chip. This is what the analyst Ming-Chi Kuo predicts, and in the past he has been consistently accurate with his Apple speculations.

We should see this new model around Q3 2021, which means Apple will probably show off the new MacBook Pro design to the public for the first time at WWDC in June 2021.

It will get a completely new display with mini-LED technology and rounded corners, similar to the current iPad Pro models. These displays are significantly more expensive to manufacture than the previous 13in ones, but the savings that Apple achieved by using in-house chips (M1 or M1X) will easily offset the higher costs. One can therefore assume that the 14in MacBook Pro will be priced roughly level with the top models in the previous 13in series.

An M1X with 12 cores in the MacBook Pro? That would be a hell of a machine and easily capable of outshining the current 16in Intel model. And it will become a reality in 2021.

Read all the latest rumours in our new MacBook Pro 14in hub.

The 16in MacBook Pro will also come in a new design and with a mini-LED display. Here, too, Apple will initially use the M1X chip, which will easily outrun the fastest current Intel processors.

The 16in model will not get this new super processor until late in 2021, and it might not arrive until the beginning of 2022, when Apple can deliver a new generation of souped-up M2 chips (M2X) at scale.

Read our new MacBook Pro 16in hub for more information. 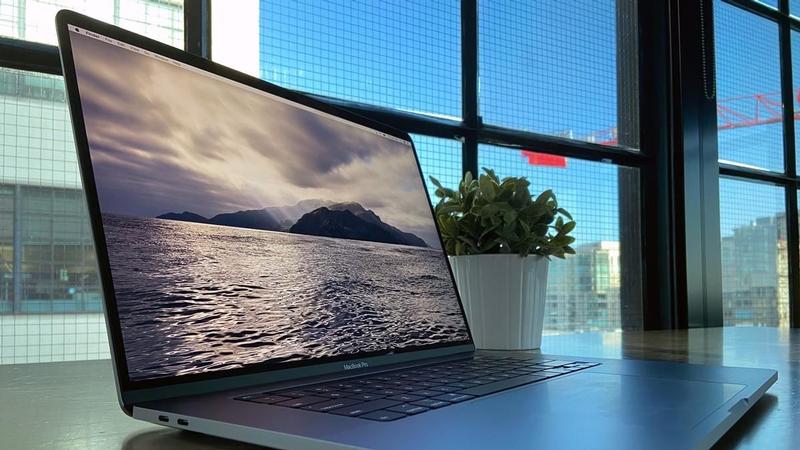 Can’t wait that long? Catch the latest bargains on the current range in our roundup of the best MacBook Pro deals.

The MacBook Air will also get a new design and a mini-LED display, but Apple will take more time here, because the current entry-level Air model with M1 processor will remain on the market for at least a full year before Apple rolls out its successor. (Read our MacBook Air M1 review for more information on that model.)

It will probably be equipped with the new Apple Silicon M2 chip, which Apple will show off for the first time in late Q3 or early Q4 2021.

Save money on the current models with our guide to the best MacBook Air deals.

Mac fans are clamouring for information about the iMac range. Here’s what to expect next year.

We believe that something similar to what happened with the MacBook Pro 13in will also happen with the 21.5in iMac. The clearest indication is that while Apple slightly improved the 27in iMac model in 2020 (in August), it hasn’t changed anything about the 21.5in model in the past year.

Apple will therefore largely bury the 21.5in in 2021. Perhaps a single model in the old form factor and still featuring an Intel chip will remain, but otherwise a shiny new model will be lifted to the iMac throne: the iMac 24in with Apple Silicon.

There will be a basic model with an M1 chip, but also a faster version; the M1X processor with 12 CPU cores should do the trick for the top model.

A high-end model could even have a discrete graphics chip as well. But not from AMD or nVidia: sources claim that Apple is working on its own dedicated graphics chip that will debut in the iMac. That would be a sensation, and drastically increase the number of possible spec variants. 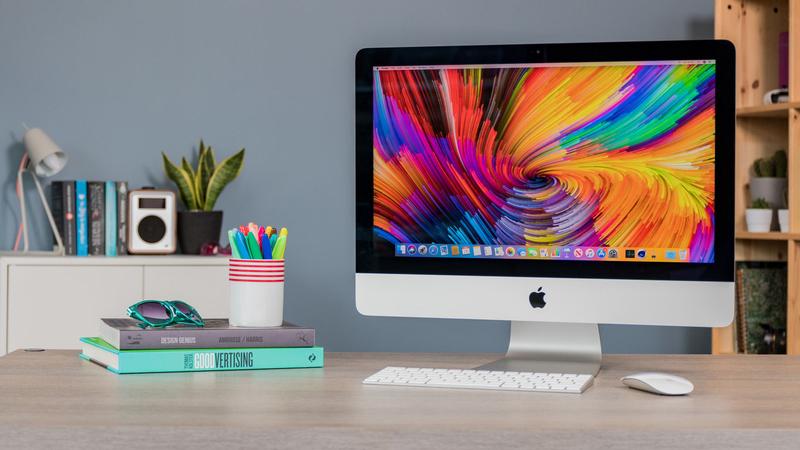 It’s unlikely that Apple will introduce a new 27in model at the same time as the 24in iMac. The trend so far has been that Apple is equipping the Mac range with its own chips from the bottom up – first the entry-level models, then the inbetweeners, and finally the premium models at the end.

The largest iMac will therefore have to wait the longest for its new design. It should be worth the wait: we expect a new design with a 30in or even 32in display. But this is not expected to launch before the end of 2021.

What happens to the iMac Pro? How can Apple differentiate this high-end iMac from the more affordable iMac models with super-fast Apple Silicon?

The M1X will be the top chip in 2021 and since it will be available in vanilla iMacs, there would be no noticeable advantage for an iMac Pro. And the M2 won’t arrive until the end of 2021 at the earliest.

If Apple follows the same roadmap as on the A-class chips in its iPhones and iPads, the M2 will initially be available for entry-level devices (such as the MacBook Air), and a truly turbo-charged M2X with more CPU and graphics cores will arrive later still. And by then we will have almost reached the end of the transition period in which Apple wants to convert all of its Macs to Apple Silicon.

We round up the lowest prices on today’s models in our guide to the best iMac deals.

Many asked themselves the question: why didn’t Apple release the M1 Mac mini in Space Grey? The answer is because this colour was previously reserved for high-end models – and one will come again in 2021. Whichever processor Apple will use in the MacBook Pro 14in (presumably an M1X), it will also find its way into the Mac mini, and at the same time we will get our beloved colour back.

It’s still unclear whether there will be a completely new chassis design. The fact is there is a lot of empty space in the current M1 Mac mini, which Apple can either do away with (with a smaller case) or fill with additional hardware (such as four instead of two Thunderbolt 3 ports) and better active cooling in order to further increase performance.

In addition, this Mac mini will support 10Gb Ethernet. Many buyers would like to use the small Mac in server farms with ultra-fast network access.

Take a look at our list of the best Mac mini deals for great savings on the current models. 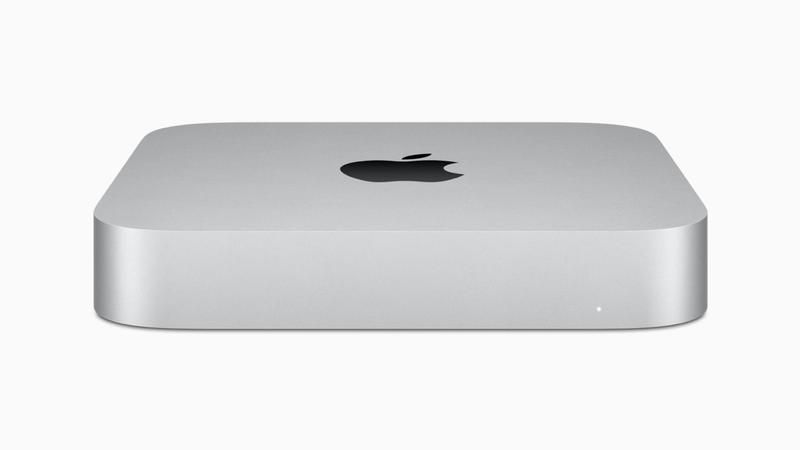 We come to the last and undoubtedly most difficult step of the conversion to Apple Silicon. Apple will take its time with the Mac Pro.

It’s currently considered pretty much certain that the Mac Pro will get an SoC with the option for more than 16 CPU cores. You will probably get configurations with 16 to 32 cores (32 simply to exceed the specs of the current Xeon Mac Pro, which has up to 28). It’s also likely that the new case will look similar to that of the current Mac Pro, only smaller. But that’s where the knowledge stops.

There are many reasons for this, but the biggest obstacle is one that Apple has caused for itself.

Apple’s SoCs deliver unbelievable performance, which they can only achieve because all components – including RAM and graphics cores – are firmly integrated in a chip housing and therefore cannot be replaced. Yet Apple designed the current Intel Xeon Mac Pro in a modular way, specifically to improve its upgradeability (compared to the Mac Pro from 2013, which could only be upgraded to a very limited extent). Pro users love this.

It’s hard to imagine Apple developing an M(X) chip containing 1.5TB of RAM. Based on current technology, such a chip would be larger than an entire Mac mini.

This is a dilemma that is not easily resolved. If it wants to make RAM upgradeable, Apple would have to separate this from the SoC and, as before, offer slots for memory modules. But this physical distance alone will slow down the SoC, because all data would have to flow back and forth to the modules via a stabilised bus system with long cables and vulnerable contact transitions.

It would be even worse with graphics cards. The great performance advantage of the M(X) SoCs lies in the unified memory architecture, in which the components, including all graphics cores, can access the same main memory at the same time without having to spend time copying the data back and forth.

The rumour that Apple is developing its own graphics chip with up to 128 cores precisely for this case could be true and offer a way out of the dilemma. If Apple succeeds in creating an interface to external RAM and external graphics chips that works just as quickly and safely as if the components were integrated on the SoC itself, speed would barely suffer at all.

However, there is then the problem that standard graphics cards from other manufacturers would not be compatible with the new Mac Pro. Buyers would be forced to buy Apple’s proprietary hardware, facing the well-known premium prices and fewer choices.

The evidence suggests that 2021 will be even more exciting for Mac fans than 2020. Apple is really picking up speed with the switch to its own chips, and the records that the M1 has just set will probably be beaten by new Apple Silicon chips as early as March 2021.

For more information about what’s coming out in the next 12 months, read our guide to the  new Apple products coming out in 2021. And for analysis specific to the Mac range, read In 2021, Mac owners will get everything they want.