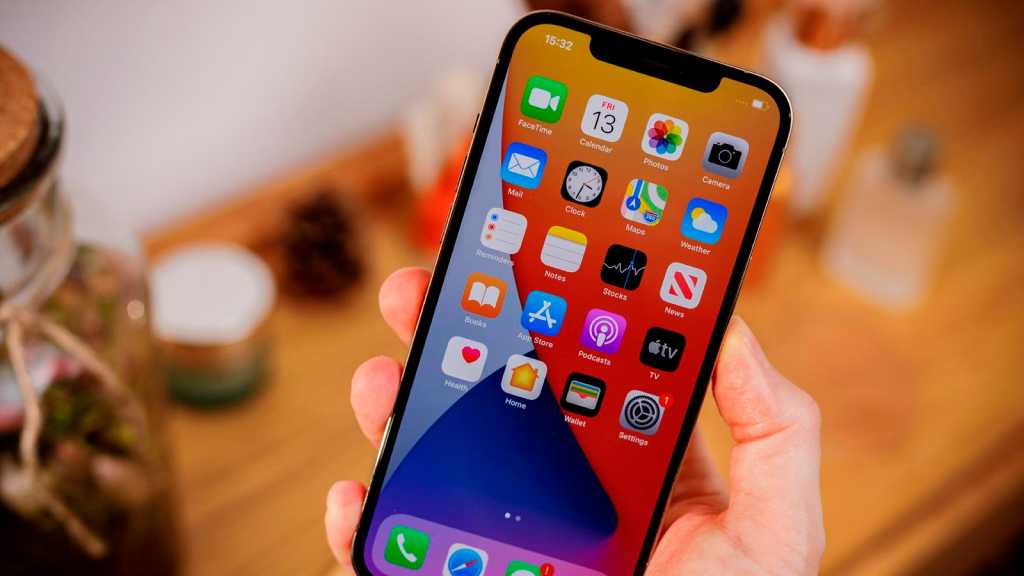 If you have had a pacemaker or an ICD fitted you may already be aware that you need to be wary of certain things when choosing new electronics – other than the obvious how good the camera is and whether it is good value for money.

One important thing to consider is the strength of the magnets built into the device. If these are above a certain limit they can interfere with the functions of pacemakers and defibrillators.

Apple does not state the strength to which the built-in magnets generate the magnetic field in every iPhone model, but the company has published a list of products which include magnets.

Apple updated its list of products with magnets in June 2021 to include products that could cause an issue for someone with such an implant. The article entitled “About potential magnetic interference with medical devices” lists the iPhone 12, AirPods, iPad, HomePod, Macs and Beats headphones.

The risk is only if the product is held close to your chest for long periods. As Apple warns: “To avoid any potential interactions with these types of medical device, keep your Apple product a safe distance away from your medical device (more than 15 cm (6 inches) apart or more than 30 cm (12 inches) apart if charging wirelessly).”

In January 2021 researchers at the Henry Ford Hospital in Detroit revealed a case in which an iPhone 12 placed directly over the left side of a patient’s chest caused his implanted Medtronic defibrillator to stop working. The implanted device resumed its work as soon as the iPhone was removed from the site.

It is thought that the extra magnets in the iPhone 12, which make MagSafe charging possible, are responsible. 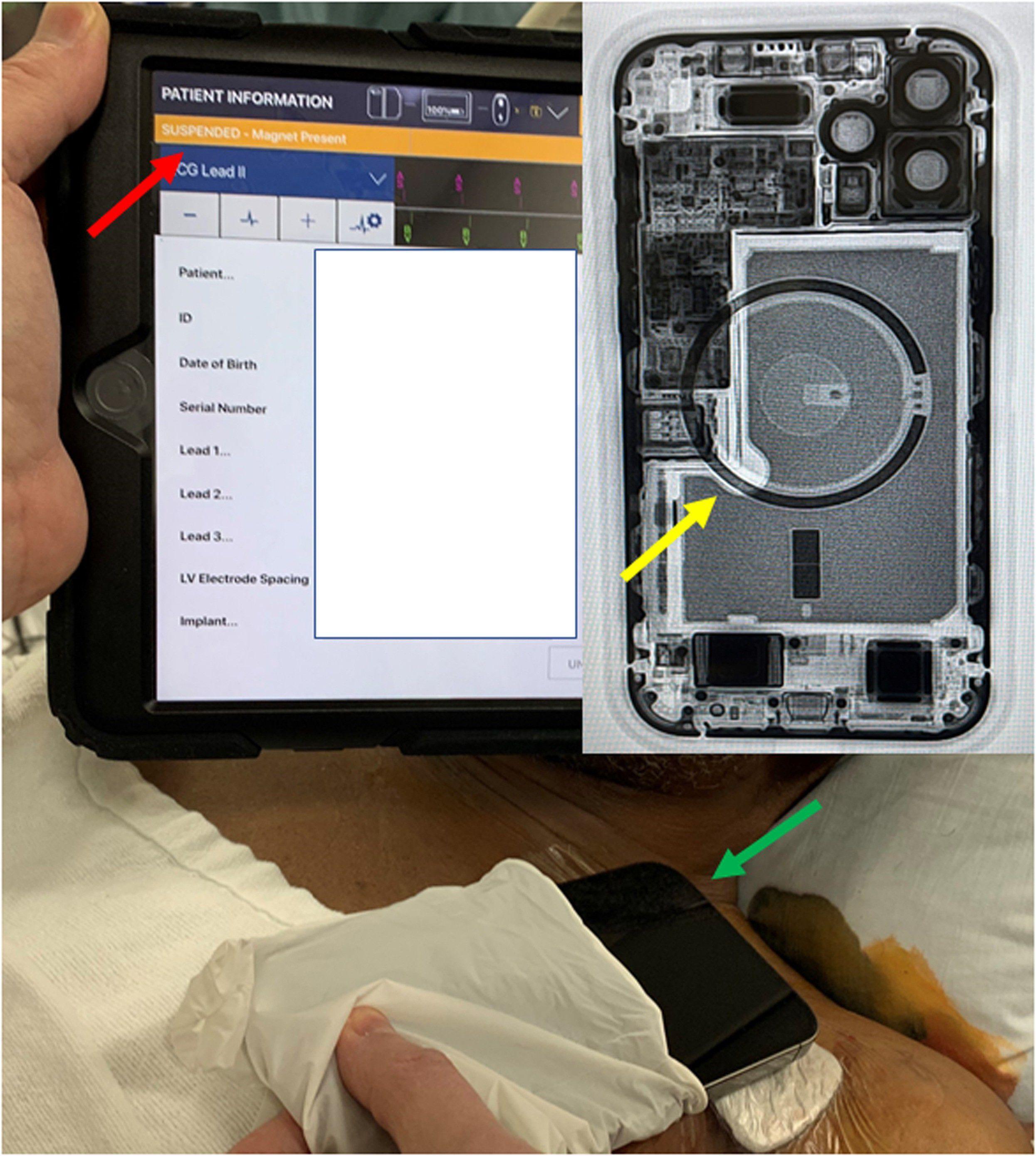 Another study by the Heart Rhythm Journal in January 2021 showed that Apple’s iPhone 12, with its MagSafe module, could interfere with implanted pacemakers and defibrillators.

What Apple says you should do

Following the studies from Heart Rhythm Journal and Henry Ford Hospital Apple updated its support document for the iPhone 12.

Apple’s support document for the iPhone 12 explains, in a new paragraph added in January 2021, that the iPhone should be kept at least 15 centimeters away from an implant or 30 centimeters if it is charging wirelessly.

Prior to the update above, Apple admited in its support documents that patients with implants should be aware of the risk of interference from the iPhone: “The iPhone contains magnets as well as components and radio elements that generate electromagnetic fields. These magnets and electromagnetic fields can interfere with medical devices such as pacemakers and defibrillators.”

Can other iPhones affect pacemakers?

Despite the additional magnets in the iPhone 12, Apple says the iPhones from the end of 2020 do not pose any more danger than other models.

This shouldn’t actually be interpreted as it meaning that the other iPhones are just as dangerous if you have a pacemaker or ICD.

The original document mentioned above initially referred to how the iPhone 12 and MagSafe accessories might affect pacemakers.

The company updated it yet again in June 2021 to include a list of all devices that have magnets.

This doesn’t mean that there have been cases of AirPods causing problems with pacemakers. Apple is flagging them up because they contain magnets, and “implanted pacemakers and defibrillators may contain sensors that respond to magnets and radios when in close contact”. Since users wear AirPods in their ears they could theoreticaly be within 15cm of an implanted device.

Can the Apple Watch interfer with pacemakers?

Researchers at Charité Berlin found that at least the Apple Watch in combination with an iPhone (6) does not interfere with implanted pacemakers and defibrillators.

However, Apple does inclue the Apple Watch and accessories in its list of products that have magnets, so obvioulsy the same caution should be exercised. 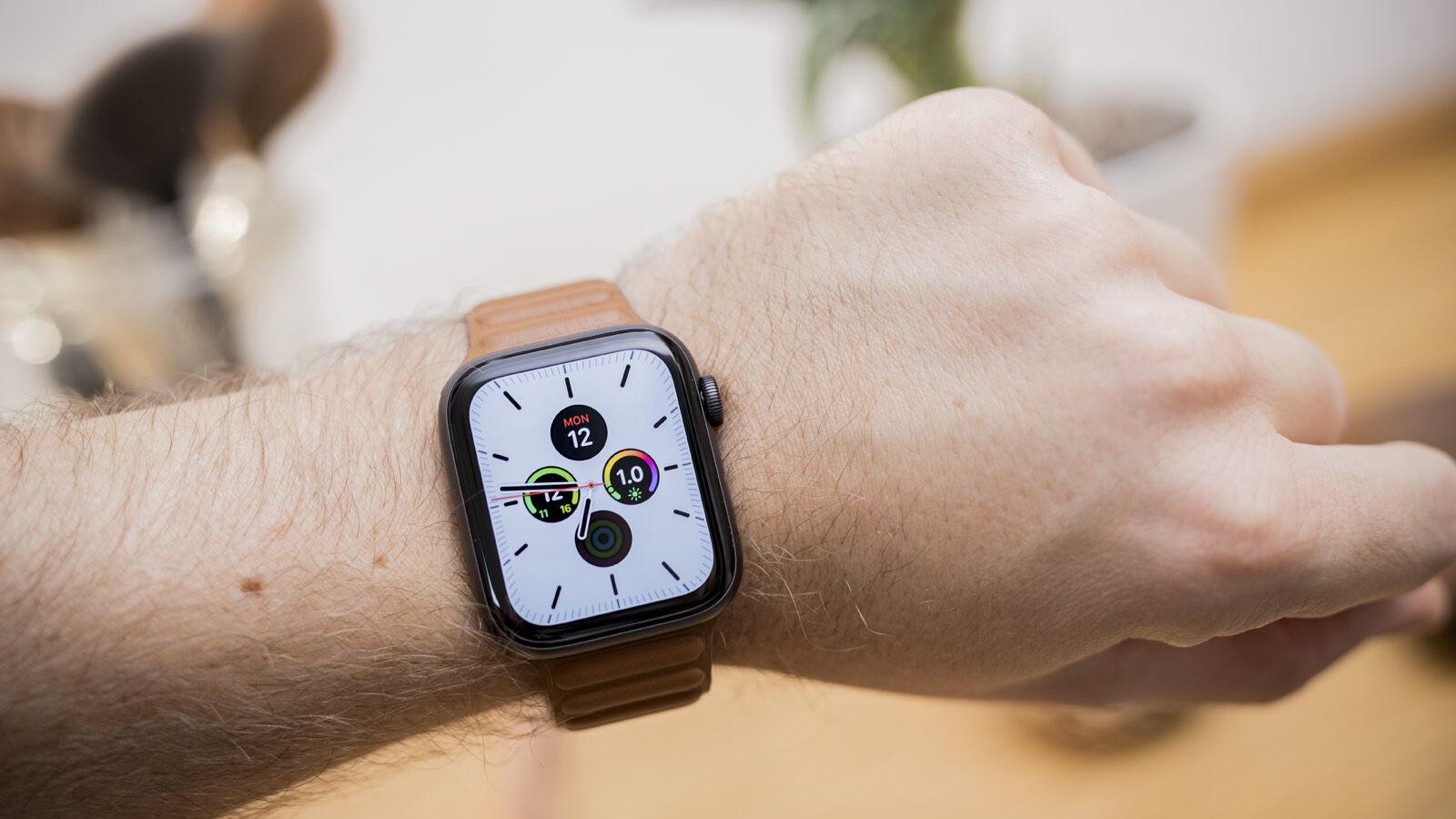 Other Apple devices that have magnets

The HomePod and HomePod Mini also have built-in magnets, as do the Mac mini, Mac Pro and iMac, but these devices probably have a little lower risk of interference, since you do not wear an iMac tied to your chest every day.

The iPad and accessories such as the smart Keyboard also have magnets.

Read: How to use Apple Watch to monitor heart rate and How to measure blood oxygen with Apple Watch.