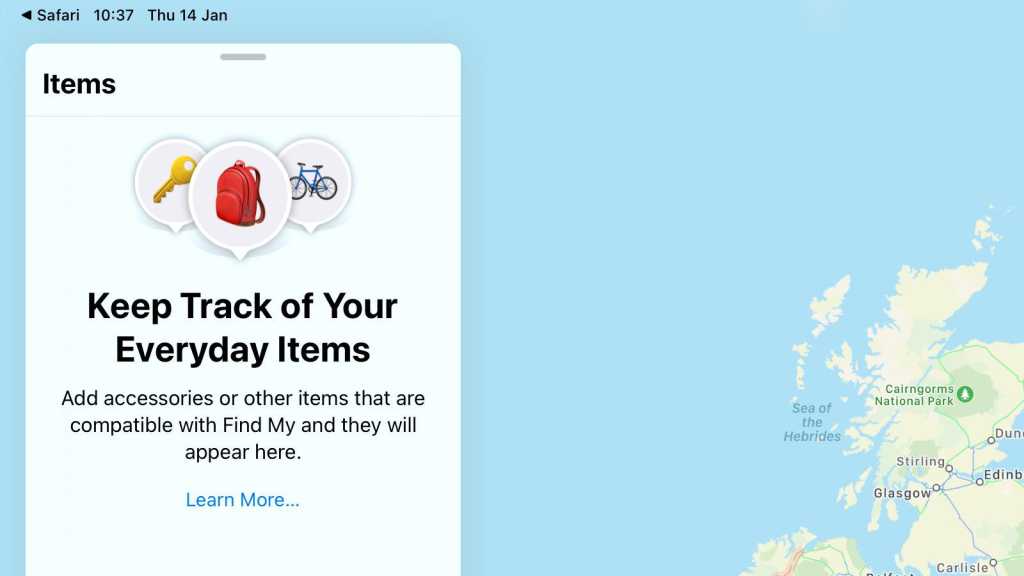 Apple is expected to launch a raft of new products this spring, but most are updates to existing lines. The exception is AirTag, a gadget finder tag that’s reminiscent of Tile but represents an entirely new area for Apple.

And the evidence is piling up to suggest that AirTag will be here soon. The latest is a giveaway tab in the Find My app.

MacRumors has noticed that if you enter findmy://items in Safari’s address bar on an iPhone or iPad, and agree to open the page in Find My, you can activate the secret tab.

At time of writing we were able to replicate the process on an iPad running iPadOS 14.3, which appears to be necessary for the trick to work. If you’re using an iPhone, you’ll need it to be running iOS 14.3. 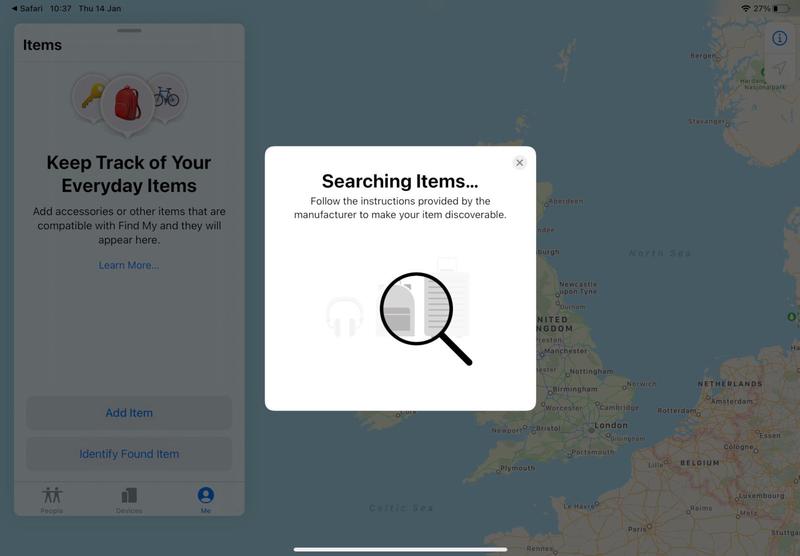 The tab displays the text “Keep Track of Your Everyday Items” and offers to let you add accessories and other items to the Find My app. It shows example items: a key, a backpack and a bicycle. Obviously none of these items can be natively tracked in the Find My app; they would need a tracker… such as the AirTag.

You can also access the secret tab in macOS Big Sur 11.1, which suggests that it will be possible to use AirTag with most of Apple’s devices.

The other day, Belkin revealed that it will launch new headphones with support for Apple’s Find My app in March or April, so expect the AirTag to be launched at that time.

You can catch up on all the leaks and rumours in our AirTags news hub. And don’t forget to check our roundup of the best Apple deals for the latest bargains.