There’s roughly half a year to go before Apple unveils the follow-up to its watchOS 7 operating system at WWDC 2021. So far, we know very little about watchOS 8: the Apple rumour mill is currently far more fixated on the iPhone 13, which won’t appear until a couple of months after WWDC.

However, the team at 9to5Mac have already given a lot of thought to the new features Apple could bring to the Apple Watch with the next major watchOS update, and have published a raft of concept images. Here are the highlights.

The Apple Watch offers numerous health features but the Health app from iOS has not yet made it on to the watch. That is long overdue, and would make the Apple Watch both more powerful and an even more independent health device.

Existing apps for measuring various health metrics would continue to exist, but all collected and current data would be stored in the health app for a better overview. And it could look like this: 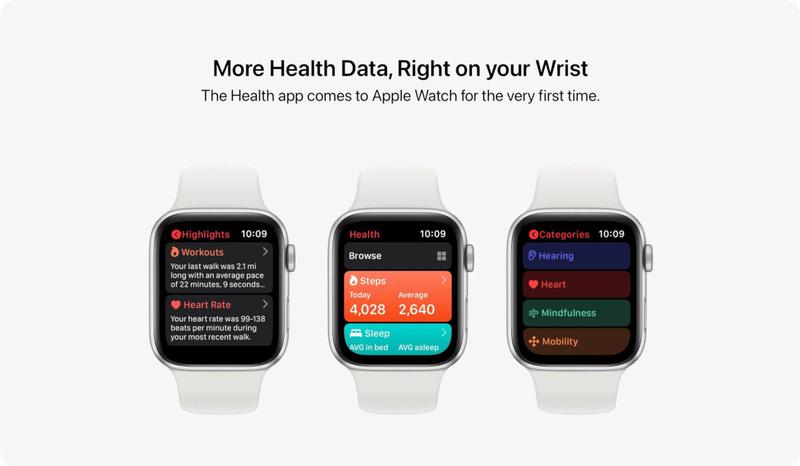 The Apple Watch’s Solar Graph and Astronomy faces, which depict the positions of the sun and the planets in our solar system, are nice to look at, but have their limitations: the main images take up so much space on the screen that only a few complications, and therefore less information, can be displayed on the screen.

“Apple could split these off into two new individual apps,” suggests 9to5Mac. This creates space for new watch faces. Complications can be used to call up the position of the sun or play around with the planets. 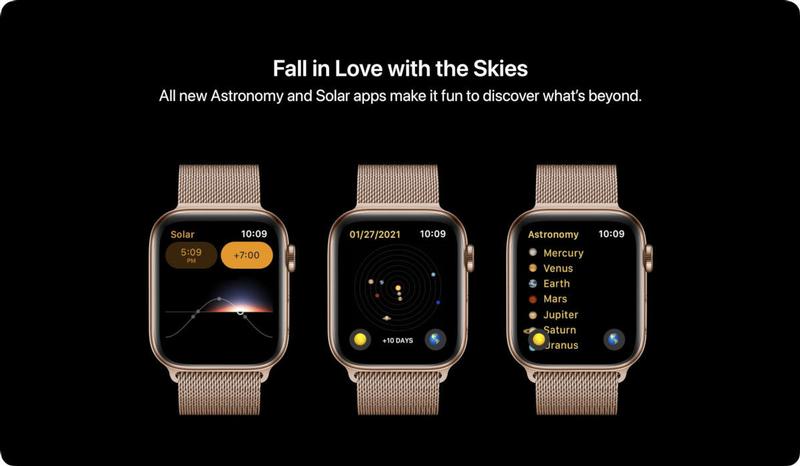 Widgets in the Control Centre

The small widgets introduced with iOS 14 would fit perfectly on the Apple Watch.

“Apple ought to consolidate the Control Centre into a single, non-scrollable page and add horizontal scrolling between various widgets,” says 9to5Mac.

“Apple could even make it possible to simply port your existing iOS 14 widgets to the watch without a standalone app. The data could sync from the web or your iPhone. This could help get more third-party software on the watch.”

Apple offers a range of Disney and Pixar faces for the Apple Watch: Mickey and Minnie Mouse, and Buzz, Jessie and Woody from Toy Story. But the joke has worn a little thin.

9to5Mac therefore suggests bringing new faces to the watch, such as Snoopy or Ted Lasso from the Apple TV+ series.

One of the best widgets in iOS 14 is the battery widget, which shows the current battery level of paired devices at a glance. This could be quite useful on the Apple Watch too.

A particularly practical feature suggested by 9to5Mac is the ability to activate Low Power Mode remotely on other devices.

“With an ever more quarantined world, it’s important that we spend some time exploring the great outdoors and getting some fresh air,” says 9to5Mac.

A new hiking app should help to discover new trails.

For all the latest rumours about Apple’s upcoming software update, check our regularly updated watchOS 8 news hub. And remember to check our guide to the best Apple Watch deals to keep up with the latest bargains.