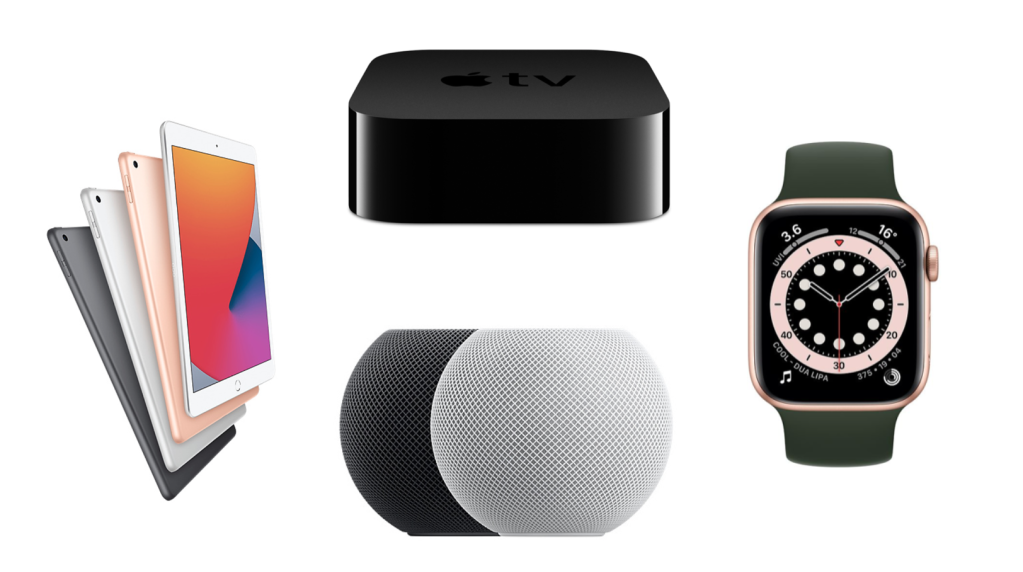 Tuesday 26 January was a busy day for software updates over at Apple with the company updating iOS 14 on iPhones, as well as the HomePod software and the software on the Apple Watch, Apple TV, and iPad.

We cover What’s in iOS 14.4  in-depth elsewhere, here we will look at the new features coming to Apple’s other gadgets.

As for the Mac, we believe that the next update to Big Sur, macOS 11.2 will be here in a week or so.

Apple has released a new version of the software for its smart speakers the HomePod and HomePod mini.

The new features in the HomePod update are primarily aimed at users of the mini model. If you have a mobile phone with a U1 chip (i.e. iPhone 11 or iPhone 12), you get access to new effects when the songs are transferred to the HomePod Mini. In addition, you get suggestions on which songs you can listen to when you are near the speaker.

Normally, updates to the HomePod and HomePod Mini are installed automatically, but if you want to check which version is running, you can do so via the Home app on your iPhone or iPad. We explain how to update the HomePod software to get new features elsewhere.

Read about the various features offered by the HomePod in What can HomePod do?

The focus is on bug and security fixes. A problem with the Control Center is fixed when Zoom is activated and a new dial with the colours of the Pan-African flag (black, red and green) is offered to mark Black History Month.

If you want to install the new software, you can use the built-in update function or start the Apple Watch app on your iPhone. The update is available under General > Software update. Note that the battery level needs to be at least 50 percent for you to install the watchOS update.

Read about what’s in the latest version of Apple’s watchOS.

There is also an update for the fourth and fifth generation Apple TV (the Apple TV HD and the Apple TV 4K).

The focus in tvOS 14.4 is on various bug and security fixes. Exactly which measures have been taken is unfortunately not stated in the accompanying documentation.

To update your Apple TV, go to Settings > System > Software Updates > Update Software Using the Remote Control. Note that it may take a while before the installation is completed.

Read more about how to update an Apple TV and the latest features for Apple TV.

Last but not least, Apple released an updated version of iPadOS 14. iPadOS 14.4 has similar additions to those offered in iOS 14.4:

To download the latest version, go to Settings > General > Software Update and then tap Download and install. If you want to be on the safe side, make sure you make a backup first. For more information read How to update your iPad software and what’s in iPadOS 14. We also have details of what’s coming in iPadOS 14.5.