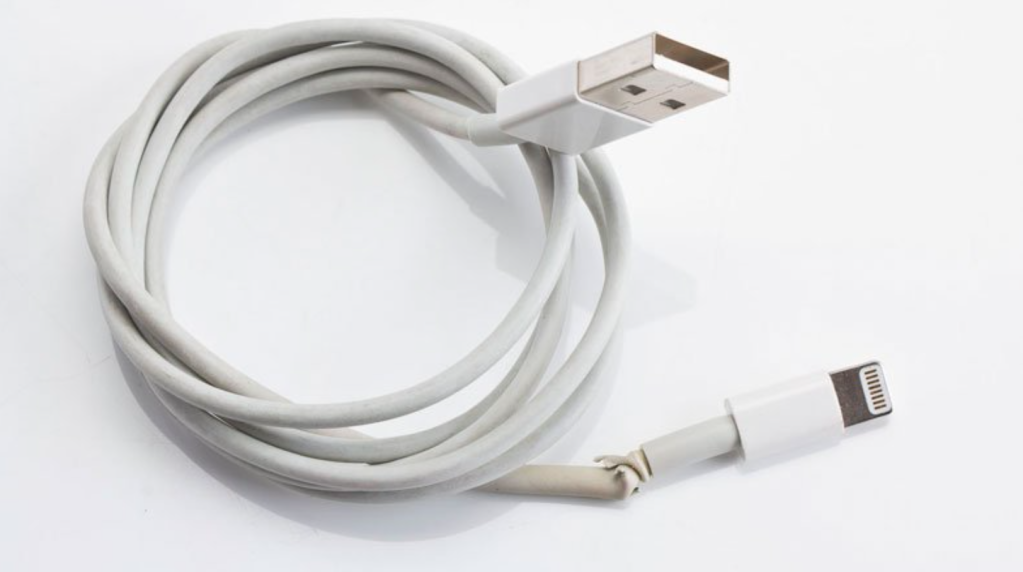 We’ll luckily Apple appears to be rectifying that. The company registered a patent application in August 2020 that has now been granted to the company. The invention is called quite unspectacularly “cable with varied flexibility”.

The authors describe the point that docks to the connector as a problem. Usually the cable is reinforced at the end with an additional piece of plastic, which is intended to protect the metal wires in the casing from breaks. According to the inventors, this additional thickening at the end of a cable is not desirable. Apart from that, this is one point where the cable often frays, but not a word about these disadvantages is lost in the patent.

The inventors suggest several methods by which Apple could address the problems associated with the cable. For example, different polymers such as thermoplastic elastomer (TPE) or thermoplastic urethane (TPU) could be used because the two types of polymers would have different flexibility. The softer material should mainly be used in the middle of the cable, while the two ends would have a thicker layer of the harder material that tapers towards the middle. This software polymer could covers the other areas of the cable as a thin protective layer. The harder polymer at the ends of the cable should protect against breaks, the softer polymer in the middle ensures the necessary flexibility for storage.

In 2021 there were rumours that the new iPhone would feature a much sturdier braided lightning cable. Read: iPhone 12 to bundle braided Lightning cable. Incidentally, our round up of Best Lightning cables for iPhone or iPad is full of braided cables.

Of course, there may be no need to include a lightning cable with the next new iPhone if rumours that there will be no lightning port on the iPhone 13 are true. Read about what is coming with the 2021 iPhone in our news hub.