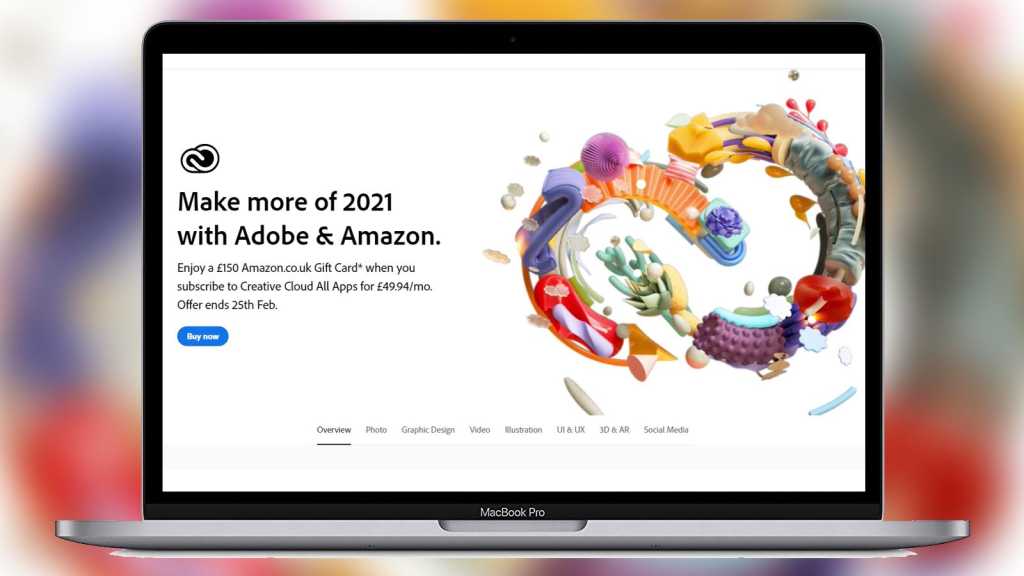 Last month, I reported on how Amazon silently undercut Adobe with a £177 discount on a full year of Adobe CC All Apps package. The deal even outdid Adobe’s 20% winter discount. While Amazon’s offer quickly fizzled into the ether – unsurprisingly, given how protective Adobe is with discounts – the two companies have now combined forces.

Until 25 February, Adobe customers can get a free £150 Amazon gift card with a Creative Cloud All Apps subscription, which typically costs £49.94 per month.

It’s pretty exciting news if you’re a digital creative and looking to upgrade to the M1 MacBook. Right now the MacBook Pro with 8GB RAM and 256GB storage is already reduced to £1189 on Amazon – a £110 discount on the £1,299 RRP – which means the gift card would further drop the price to £1,039.

Of course, with £150 to spare you can pick up a whole host of Mac accessories for free instead, such as the Apple Magic Mouse 2, Magic Trackpad, or Magic Keyboard.

Get Creative Cloud now and claim a free £150 Amazon voucher.