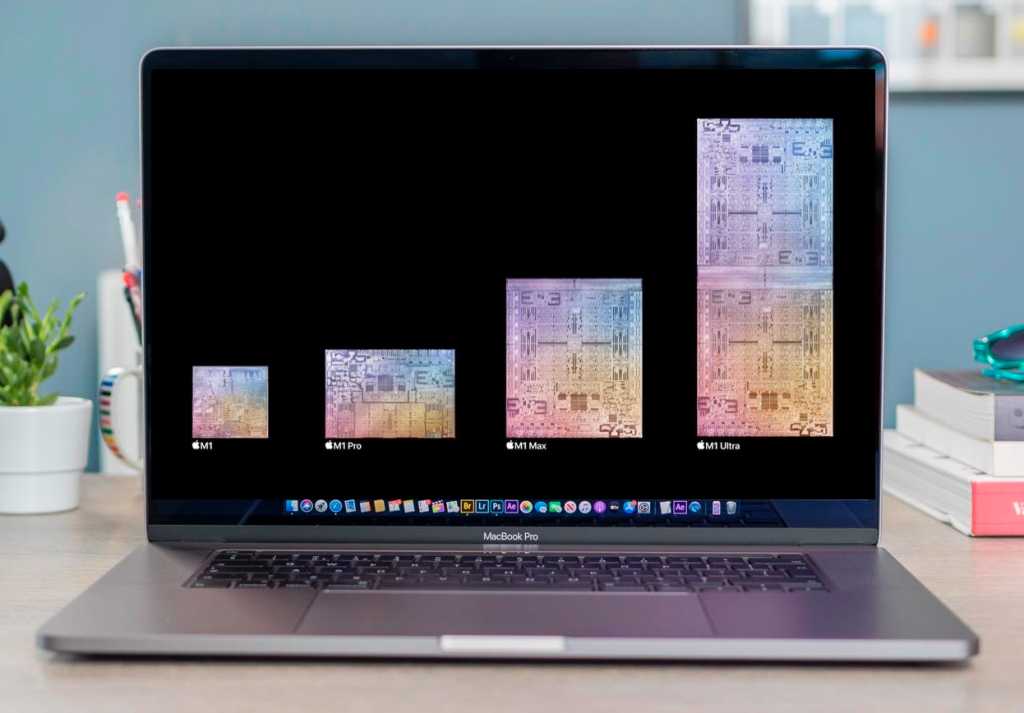 Apple’s M1 chip was introduced in November 2020 and has proven to be incredibly powerful, despite only being available on Apple’s entry-level Macs: the 24in iMac, MacBook Air, Mac mini and two 13in MacBook Pro models.

With Apple’s first CPU and GPU for Macs proving that the company knows exactly what it is doing, hopes were high for the next iteration and Apple didn’t disappoint. In October 2021 Apple introduced a new variant of the M1 processors. The successor to the M1 wasn’t the M1X as expected, but the M1 Pro and the M1 Max.

Then in March 2022 Apple went a step further and introduced the M1 Ultra, which combines two M1 Max dies for twice as many CPUs, GPUs and Unified Memory.

Next up could be an even more powerful variant of the M1 – two M1 Ultra could be combined in a Mac Pro to create an M1 Extreme for use in the 2022 Mac Pro.

In this article we will run thorough the details about Apple M1 series of chips, explaining how they are different to each other and how they compare to the M1. We’ll also let you know which Macs you need to buy if you want one of these brand new Apple chips – and how much it will cost you. We also have an article regarding the M2 chip if you are interested in what the next generation (which has now been announced) will hold. Read M2 vs M1, M1 Pro, M1 Max, M1 Ultra to find out more.

For more processor related advice read: Which Mac processor? Apple processor comparison: M1-series vs Intel and: Apple silicon, ranked: How the M2 compares to every other Apple chip.

The M1 was Apple’s first system on chip made for the Mac. It debuted in the MacBook Air, Mac mini and two 13in MacBook Pro models in November 2020 and then was used in the 24in iMac that launched in 2021. It offers the following:

The M1 Max also debuted in the 14in and 16in MacBook Pro models in October 2021. The Max is also offered as an option in the Mac Studio, which arrived in March 2022. It includes the following:

Prior to the launch of the Mac Studio there was expectation that Apple was planning to do something to the M1 Max in order to make it even more powerful. That is exactly what Apple has done with the M1 Ultra which arrived in the Mac Studio in March 2022. The M1 Ultra is essentially two M1 Max together on the same die and it includes:

Will there be a M1 Extreme?

There is a rumor that Apple’s next move with the M1 will be to double up an M1 Ultra to create an M1 Extreme. If the rumors are true we could see Apple announce the following in the 2022 Mac Pro.

How is the M1 different to the M1 Pro?

The M1 is incredibly powerful, but there are a few drawbacks. For one thing it can only support up to 16GB Unified Memory, which for some users simply isn’t enough. If you need a more powerful machine then the Macs with the M1 Pro are the way to go. However, for the average Mac user a M1 Mac will be sufficient.

How is the M1 Pro different to the M1 Max?

As you can see from the specs above, the most obvious difference between the M1 Pro and M1 Max is the number of graphics cores (there is no difference in terms of CPU cores). The Max can also support double the amount of memory as the Pro – 64GB RAM compared to 32GB. But there are more differences than that that add up to some really big performance gains.

There’s little difference between the CPU cores as you can see from this chart that compares the Geekbench results for the M1 Pro and M1 Max:

As for the graphics benchmarks:

How is the M1 Max different to the M1 Ultra?

For those considering buying a Mac Studio the question of how the M1 Ultra compares to the M1 Max will be an important one.

Here are the results of our Geekbench CPU tests. You’ll notice that when it comes to multi-core scores the M1 Ultra is about double the Max.

The graphics tests are also impressive thanks to the ProRes hardware acceleration and the extra GPU cores. Here are the results of our Geekbench 5 graphics tests:

We have an in-depth comparison of the M1 Max and M1 Ultra here: M1 Ultra vs M1 Max: Twice as nice, but not always twice as fast.

Apple announced the M2 at WWDC. We run through what to expect from the M2 in a separate article. If you want to know how the M2 compares to the M1 chips read: M2 vs M1 Pro, Max, and Ultra: When the newest chip isn’t the best.