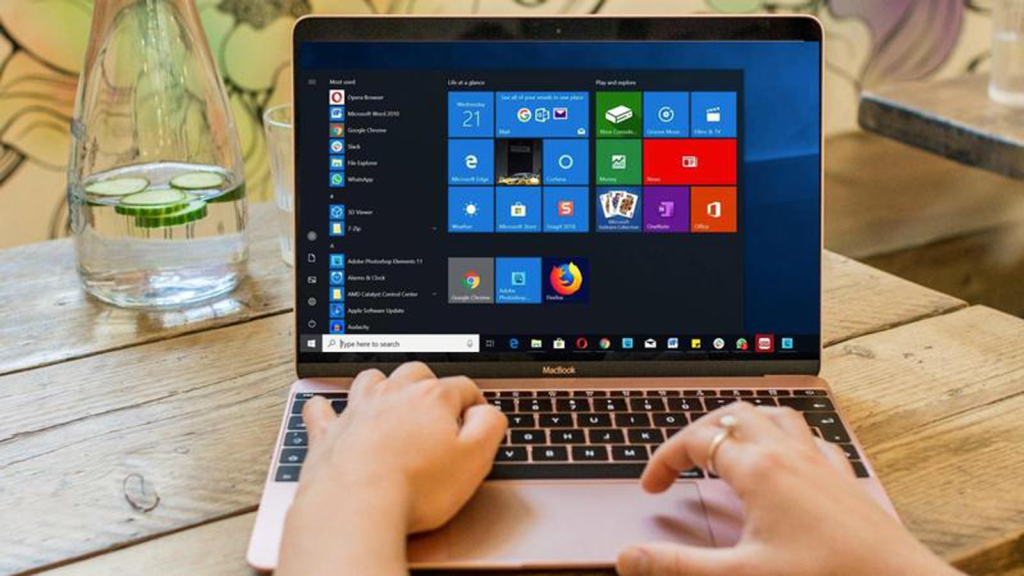 While Macs are obviously the best computers for most Apple fans, they can also be an excellent option for those who prefer to use Windows.

Thanks to virtual machine software, not to mention Apple’s own Boot Camp solution, you can run Microsoft’s operating system on all Intel-powered Macs without issue. Read: How to install Windows on Mac for more information about setting it up.

In this article we are going to examine some ways in which you can run Windows 10 on a Mac without paying a penny.

With a new version of Windows coming – Windows 11, you might be curious to know if it will be possible to run Windows 11 for free on a Mac. In which case read: Will Windows 11 run on Mac.

This is a valid question because, while most Intel-powered Macs can run Windows 10, Macs that use Apple’s M1 Chips can only run the ARM verson of Windows.

The new version of Parallels 16.5 that arrived in April 2021 does theoretically mean it is possible to run Windows on an M1 Mac, but since it’s not easy to get hold of the ARM version of Windows, and since most Windows programs won’t run on it, we’d advise you to wait a little longer before you consider doing that. For more information read: New Parallels Desktop brings Windows to M1 Macs.

Here’s the official list of Macs that run Windows 10:

As we said above, there’s a new verison of Windows coming. The ability to run Windows 11 on a Mac will rely on more than an Intel processor. You will also need a special TPM security chip which doesn’t exist on a Mac. It’s possible that virtualisation software may find a way round this in the future, but for now, the answer is no, your Mac won’t run Windows 11. Find out about Windows 11 here: Windows 11 vs macOS.

The M1 Mac only supports an ARM version of Windows due to the architecture. There is an ARM version of Windows that can run on Apple’s M1-powered Macs via Parallels, however, it’s not a version you can actually buy: you can download it free of charge if you register as a Microsoft Insider. Further complicating matters, Windows apps are not running natively on ARM yet, and only a few work via the translation software (similar to Rosetta).

Al alternative is to emulate x86 Windows on an M1 Mac with open source emulator and virtualiser Qemu, although you will experience poor performance.

Microsoft is still developing the ARM compatible version of the operating system, so it is likley that this situation will improve at some point in the future. And when it does we can expect to see some great results – according to reports the Apple M1 runs Windows on ARM faster than Surface Pro X.

There will apparently be an ARM version of Windows 11 – but it’s not known if this will run on Macs with the M1 chip, we have to assume the same requirement for the TPM security chip.

Perhaps the easiest way to get Windows up and running on your Mac is to use virtual machine software. This allows you to run Windows, Linux or older version of macOS in a special application, which has the added benefit of meaning you don’t have to reboot your Mac when switching between operating systems.

So long as you have a non-M1 Mac that’s running at least macOS 10.15 (Catalina) then you can use the excellent VMware Fusion Player for free. This package is for non-commercial use, meaning you’ll need to pay for the full VMware Fusion 12 Player or higher if you intend to use the app professionally. We were impressed when we tested it recently, as you can see from our VMware Fusion 12 review.

Another option is to go with the Virtual Box software. It’s also free, powerful, but can be a little intimidating if you’re not up to speed with how virtual machine software works.

We also have a round up of the best VM apps for Mac.

How to get Windows 10 for free

Obviously, you’ll also need a copy of Windows 10. This is the tricky part, as Windows is not free software. Buying a copy directly from Microsoft will cost you £119/US$139/AU$225 for the Home version or more if you want the Pro package. But there is a way to get around this.

If you’re willing to put up with a few notifications and not being able to change many of your preferences, then you can download a copy of Windows 10 from Microsoft for free. Follow these steps to get Windows for free:

Microsoft could change this at some point, so be aware that you’re living in its good graces for the time being, but it does mean that at the time of writing you can use Windows 10 on your Mac for free. 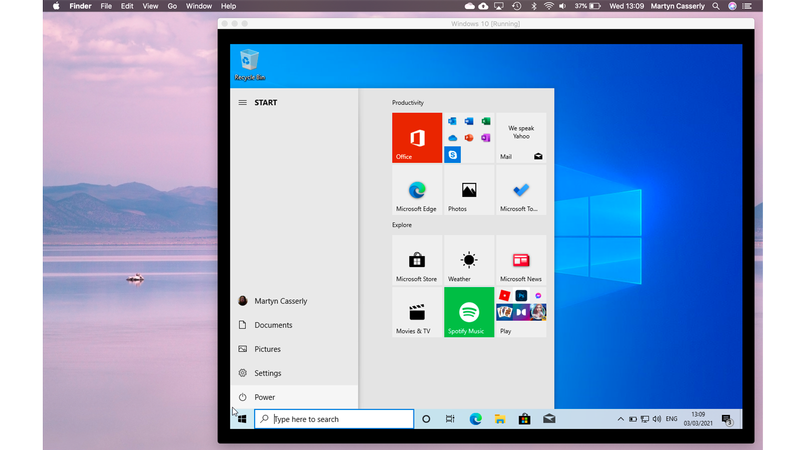 To see a more detailed breakdown of how to use Boot Camp or VM software, read how to install Windows on a Mac. We also have a round up of the Best VM software for Mac.