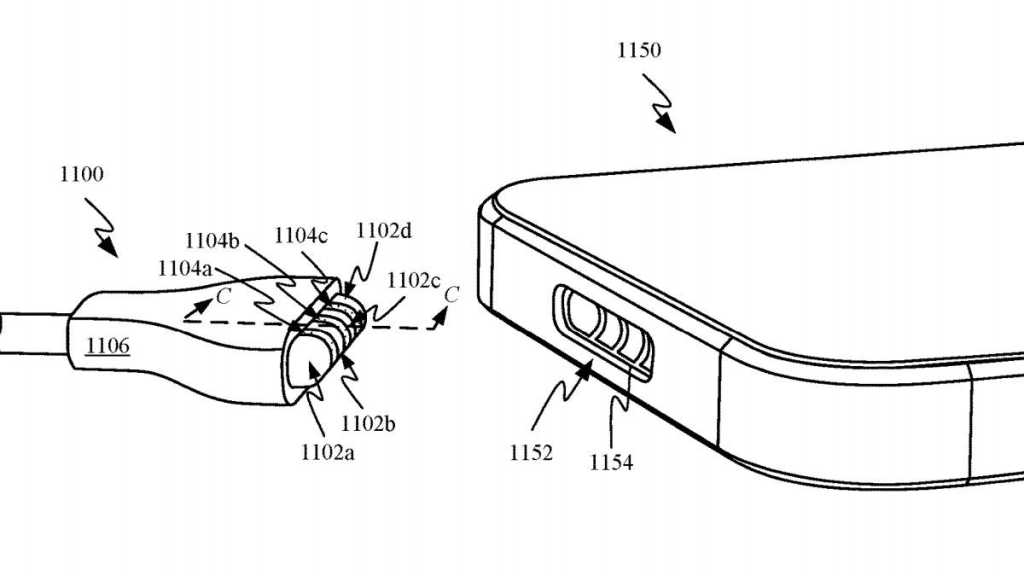 Instead of switching to a completely portless iPhone, Apple may in the future replace the Lightning port with a magnetic connector similar to the old MagSafe tech that used to appear on MacBooks.

Patently Apple has spotted a new patent which was granted to Apple by the US Patent and Trademark Office last week, and which describes just such a connector.

Patent 10,938,147 details “a plurality of magnets aligned with a linear configuration of the plurality of spring-biased pin assemblies and configured to keep the contact structure in contact with a corresponding receptacle connector”.

The connector is intended to be used for both charging and data transfer, just like Lightning, but is connected with magnets. The contact itself has the shape of a horizontal cylinder, cut along so that it has a semicircular shape from the side.

There have been rumours for several years of an iPhone that doesn’t use a physical connection at all (indeed one site reckons there’s a portless version of the iPhone 13), but this would cause a number of problems for both Apple and users: wireless charging only, which is still inefficient compared to wired and requires new chargers whose manufacture leaves a mark on the environment; it’s harder to restore the system; it’s harder for developers to patch bugs; and so on.

Catch the latest rumours about Apple’s upcoming phone development in our iPhone 13 news hub. Or, if you can’t wait for the future to arrive, pick up a bargain today with our roundup of the best iPhone deals.