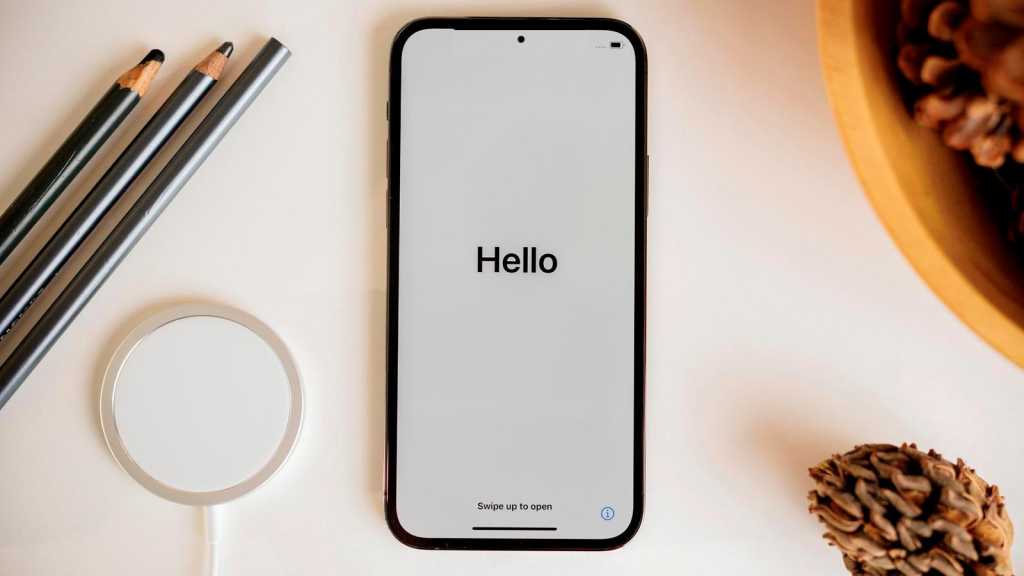 When it comes to the iPhone notch, there is great disagreement in the Apple community: some find the notch at the top of the screen ugly and demand that it be banned from the smartphone screen, while others celebrate it as a unique distinguishing feature of an iPhone – similar to the Home button. Others have either got used to their appearance or they didn’t care from the start.

There are valid reasons why the iPhone has a notch: the cut out area conceals the components for Face ID, which is Apple’s facial recognition system that keeps your iPhone secure (although your iPhone is only ever as secure as your pin). Face ID also means you don’t have to enter your password all the time. Face ID replaced Touch ID as a means to do this, and it is apparently more secure. Read: Face ID vs Touch ID.

Regardless of public opinion, and the need to house the components for Face ID, Apple does seem to be looking for ways to reduce the size of the notch, or remove it all together.

When the iPhone 13 launched in autumn 2021 it had a smaller notch – 20 percent narrower to be precise. This had been predicted by a number of analysts and leakers, such as Ice Universe, who published a ‘leaked’ graphic on Twitter that showed a narrower notch back in October 2020, and Jon Prosser, who confirmed that the notch on the iPhone 13 would be smaller back in January 2021.

We don’t really find the notch to be that annoying, find out why in our defence of the iPhone’s notch, but if you really detest the notch there is an iPhone that has no notch right now: The second generation iPhone SE (read our review) that launched in 2020 has no notch because it has a Home button. There are rumours that Apple will update the iPhone SE in 2022, read more about that here: 2022 iPhone SE rumours. We also have a complete round up of all the iPhone 14 rumours. 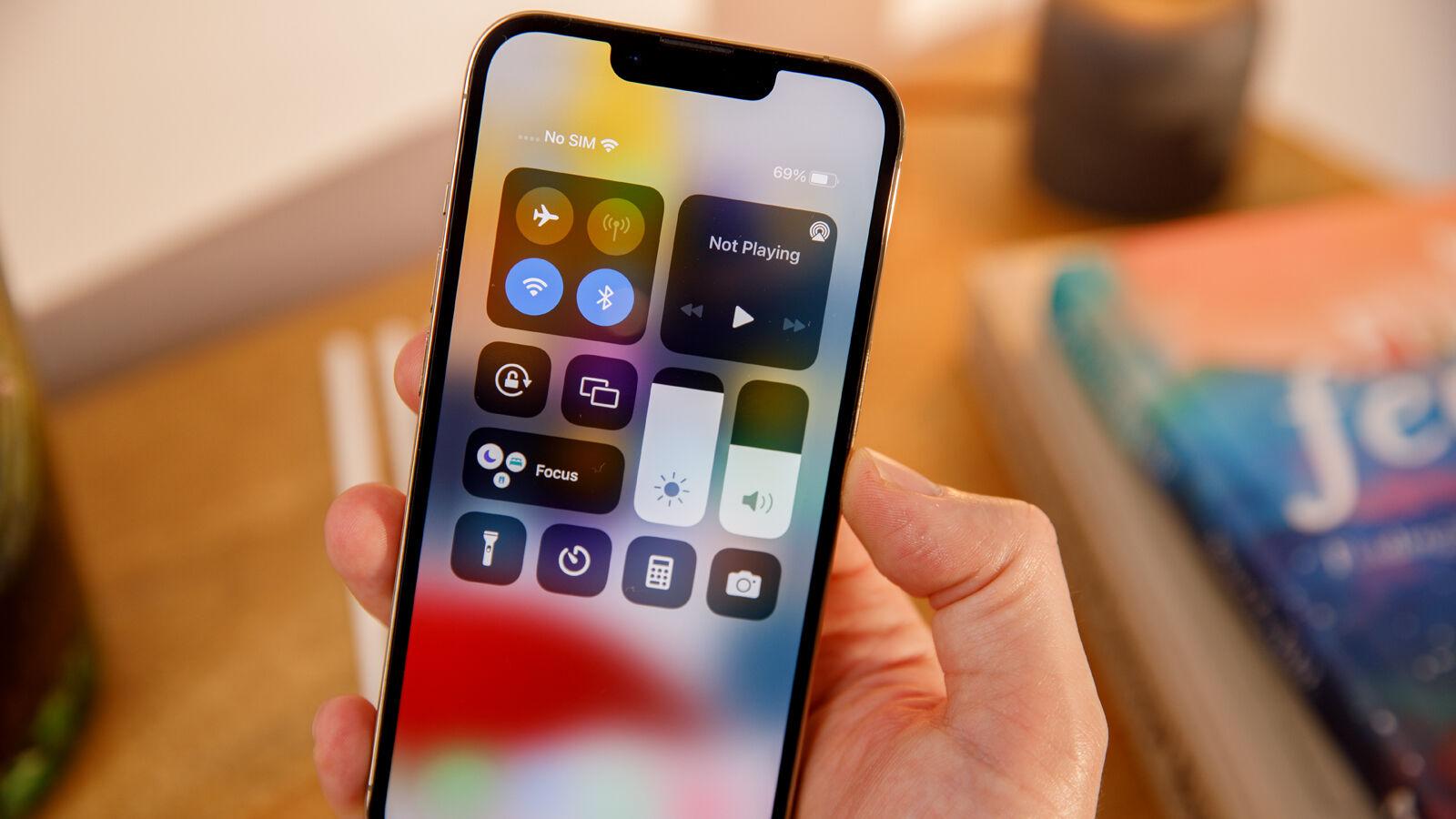 Will iPhone 14 get rid of the notch?

It is possible that at least one of the 2022 iPhones will not have a notch. There are rumours that Apple will bring at least one new iPhone to the market in 2022 with no notch: the iPhone 14 Pro (and we assume Pro Max) will, according to TF International Securities analyst Ming-Chi Kuo in March 2021, have a ” punch-hole display design“.

That isn’t the only time we have heard a rumour of a punch-hole design for an iPhone 14 model: in September 2021 Jon Prosser claimed to reveal the design of 2022’s iPhone featuring a pin hole camera just days before the announcement of the 2021 model. Here’s the render Prosser shared, which was based on information provided by his sources: 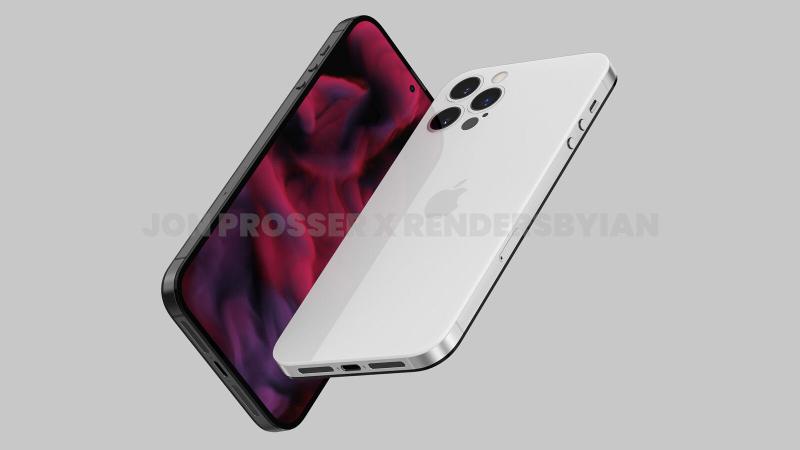 In December 2021 The Elec also suggested that the notch will vanish in 2022, replaced entirely by a pinhole, and in January 2022 Apple leaker Dylan Tweeted the same:

I am able to corroborate information regarding a hole punch camera for the pro models of the iPhone 14. Face ID hardware will be placed under the display. As a reassurance to any concerns, the functionality of these sensors have not been negatively affected by this change.

There still may be a notch though: a rumour back in October 2021 suggested that the iPhone 14 could feature both a pinhole camera and a small notch.

Incidentally, we aren’t convinced that Apple should remove the notch. With the notch Apple has succeeded in creating a design that stands out from the crowd. The punch hole design that we assume would replace the notch is nothing new, so the iPhone would look like many other Android devices.

How Apple can have a notch-less iPhone

If Apple’s plans are to remove the notch the following question arises: where will they put the Face ID sensors?

Face ID arrived with the iPhone X in 2017 and has been a feature of all iPhones, bar the iPhone SE, since.

Face ID projects more than 30,000 infrared points onto a face in order to create a depth display and a 2D infrared image. “These images are then converted into a mathematical value that is stored in a specially protected area on the iPhone,” explains Apple. “Every time you now use Face ID, your face is converted into a mathematical value and this is compared with the reference value stored on the iPhone. If both values are identical, the iPhone unlocks. And just as you can never reconstruct your fingerprint from the reference value of Touch ID, it is impossible to reconstruct your face from the Face ID reference value.” All this tech has to live somewhere. 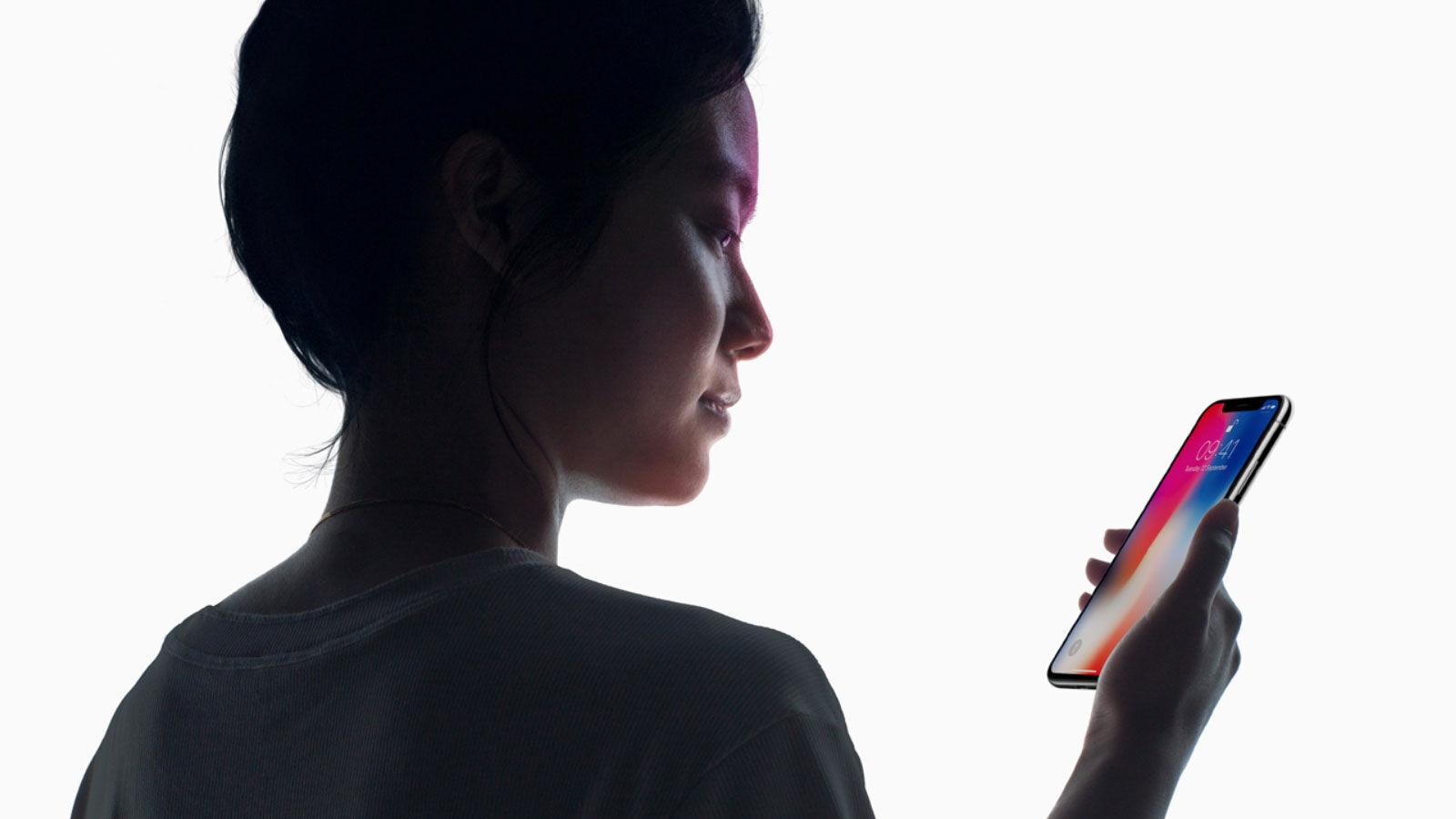 One possibility is that the Touch ID components can be concealed under the display: the competition has already shown that this is possible – even if these options are not quite as secure as Apple’s Face ID.

Another option is a return to Touch ID. Apple clearly recognises that Face ID isn’t the be all and end all: the 2020 iPad Air and 2021 iPad mini have a Touch ID integrated into the power button. We think it is unlikely that Apple will forego Face ID and switch back to Touch ID, but we do look at the options for Touch ID on the iPhone later in this article.

How an iPhone could look without a notch

If Apple wants to completely remove the notch from the iPhone 14 Pro, then there are two options for Face ID:

The prospect has inspired many iPhone without notch concept designs, such as the Jon Prosser one above.

We’ve also seen this video (in German) that shows some possibilities.

For example, in March 2021 an iOS developer, Cameron Swift, published three different design options on his Twitter account. These show an iPhone that is still equipped with a Face ID, but has no notch.

@OliverJHaslam Sorry for the delay, I finally got around to those mocks. All of these remove the ambient light sensor and sub w/ induction speaker. 1st- Based on current notch layout 2nd – Based on 11/12 camera module (my fav) 3rd – #2 with under display concept like ZTE Axon 20 pic.twitter.com/KPLJNwP3wv

His concept shows how Apple could use the “punch-hole design” suggested by Kuo. Although in this case “hole” would have to be in the plural. The front camera including Face ID sensors are no longer “hidden” in the notch, but would instead stand out with three small black dots in the display. These can be arranged differently: Either horizontally (as is currently the case with the notch) or as a triangle. A third variant shows a Face ID under the display.

Here is another imagining of how a punch hole camera might look, although this time supposedly for the iPhone SE, from Apple Lab:

As we said above, the problem with the punch hole design is that the iPhone would look just like so many Android devices.

The punch hole (pin hole) option isn’t the only possibility. Another option that Apple could use what’s been described as a Pill camera: a camera that looks like a pill. This can already be seen at Apple’s competition (such as Samsung’s Galaxy 10+), but is not too common at the moment.

Concept illustrator Behance published some concept images showing an iPhone 14 with a pill camera in January 2022, such as the one below. You can check them all out here. 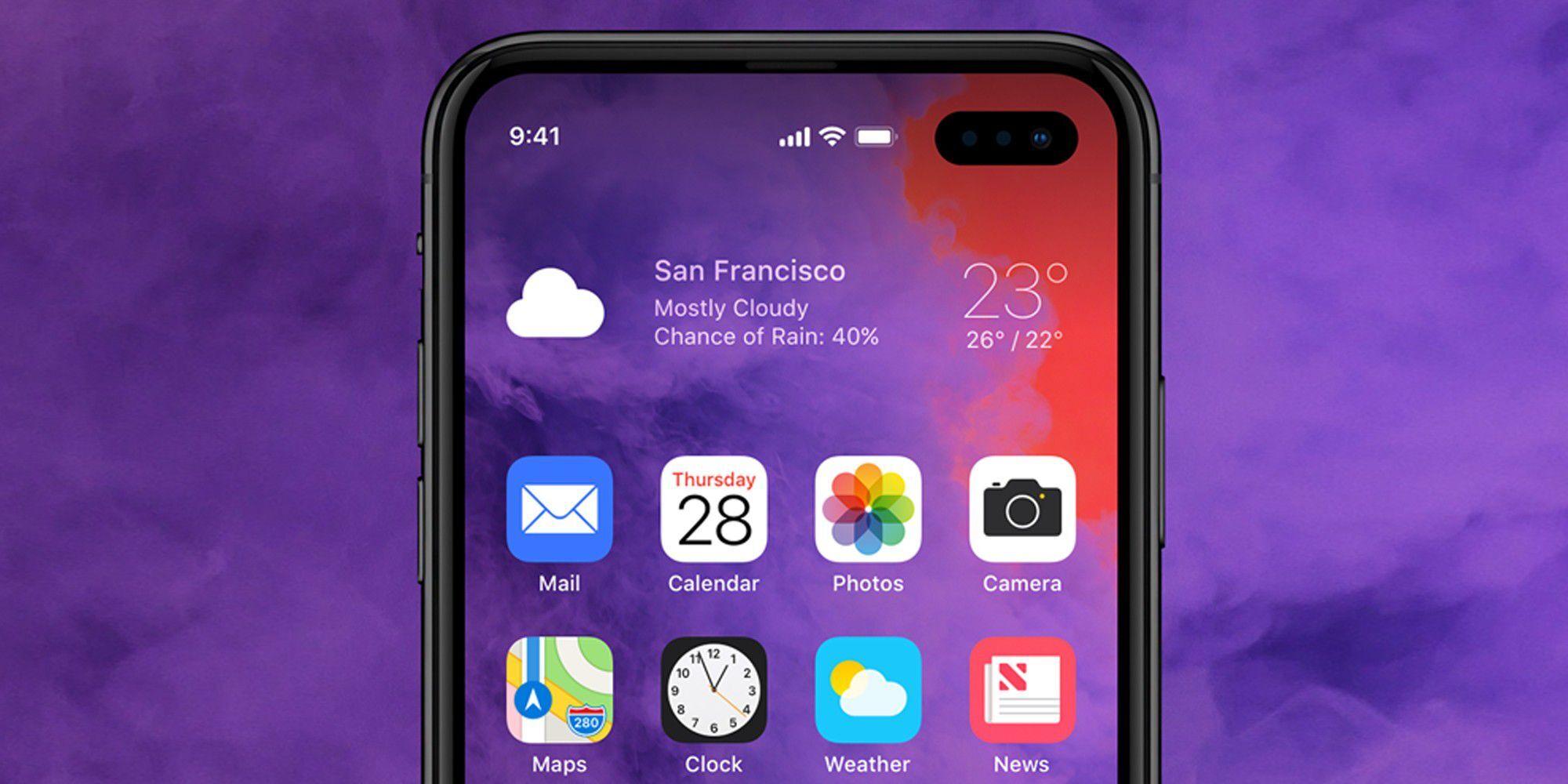 Here’s another option with a small notch from concept creator Apple Lab:

In practice the problem with the pill shaped camera is similar to the issue with the notch: it will still get in the way if you want to watch videos in landscape format in full format on the iPhone, indeed such a camera could interfere more than a notch if it is placed in the top corner.

Analyst Ross Young has gone a step further to suggest that there will be a hole and a pill camera. He shared the following on Twitter in January 2022:

We now believe Apple will have a hole + pill design on the iPhone 14 Pro and Pro Max models. The smaller hole will not be invisible…The two hole concept will be unique to Apple, like the notch, not similar to all the pill models from Huawei…Let’s see those new renders pic.twitter.com/Udt8cTKzPZ

Towards the end of February 2022 another image of how the pill and notch cutout could look arrived. A schematic appeared on Weibo that claimed to show the new design (but it appears to have been removed now). We discuss it here: Leaked photo reveals iPhone 14’s ‘hole + pill’ design. 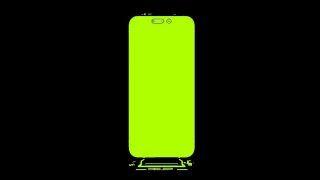 Adding weight to the leaked schematic (above) the Weibo post was  shared by Jon Prosser in a YouTube video on Saturday 26 February 2022, and he claimed to have “independently been able to verify” that the image does indeed represent Apple’s new design.

One final possibility is an Invisible camera. In this scenario the front camera would disappear under the display. This isn’t completely farfetched – Xiaomi’s Mix 4 has an under-display camera.

The problem with the technology is that photo quality suffers and the front camera can still be seen. Apple may have found a way to work around the problems though.

Is Touch ID coming back?

Face recognition will probably only be replaced once Apple has developed an alternative that is at least as secure and more practical. Could Apple have reached the point where this is possible already?

Many people are hoping for the return of the fingerprint scanner. Is there any possibility that the 2022 iPhone 14 will have Touch ID? Could Apple ditch Face ID in favour of Touch ID?

It has been rumored for some time that Apple is developing a fingerprint sensor that is as reliable as and secure as Face ID – and can be embedded under the screeen. There are indications that Apple has made a breakthrough in development.

Analyst Ming-Chi Kuo suggested in June 2021 that the 2022 models of iPhone could have a fingerprint reader under the screen.