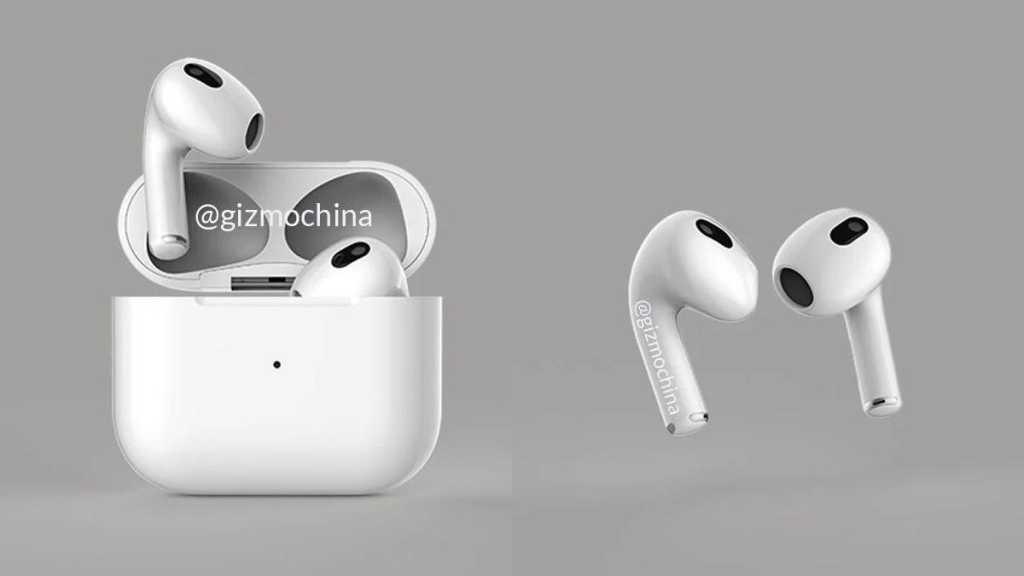 The evidence is mounting that Apple will launch the third-generation version of its AirPods relatively soon, very likely at the expected spring event at the end of this month. (One source has claimed it will happen on 23 March.)

The latest news is that the site Gizmochina has published pictures that supposedly show the updated design of the wireless headphones and their charging case. The site says it obtained these images – which are renders rather than photos, so may differ in some respects from the final design – from suppliers.

Compared to the current model, the “stems” of the new earbuds are shorter, while the charging case is closer in shape to that of the AirPods Pro, with the hinge along the long edge. The site also mentions that there will be new silicone ear tips, although this isn’t immediately apparent from the images, which appear to have the ear tips detached. (You can see what they will look like in earlier leaked images.)

Some features that previously only existed in the AirPods Pro are likely to filter down to the standard AirPods in the new generation, but don’t count on support for transparency and active noise cancellation. The price will probably be on a par with the second-generation AirPods.

For all the latest information about the upcoming updates, visit our new AirPods hub. And if you can’t wait until the new models launch, pick up a bargain on the current range with our guide to the best AirPods deals.

We think there are a number of indications that AirPods 3 will launch on 23 March.