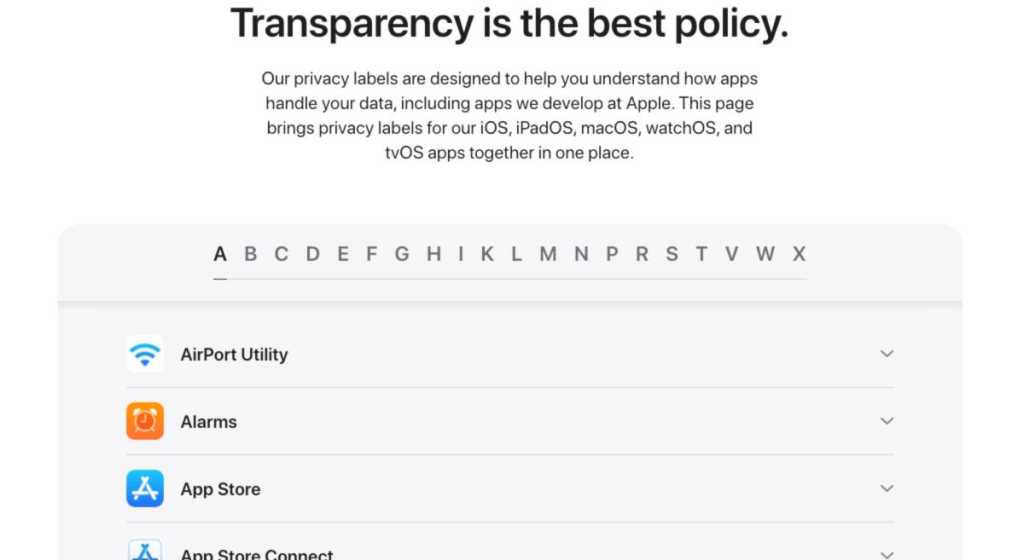 Apple has recently placed great emphasis on strengthening the privacy of its operating systems.

For some time now, for example, app developers have had to specify the type of information they collect from users, including location data, contacts and browsing history.

But some critics – including EU competition tsar Margrethe Vestager – have questioned whether Apple would apply such rules to itself. The answer, we now know, is yes: the company has posted a list on its website indicating what information its own apps collect from users.

The list is in alphabetical order and includes all of the apps for iOS, iPadOS, macOS, watchOS and tvOS. It should be noted that the data applies to the latest versions, so it’s quite possible that older versions collect more data from users.