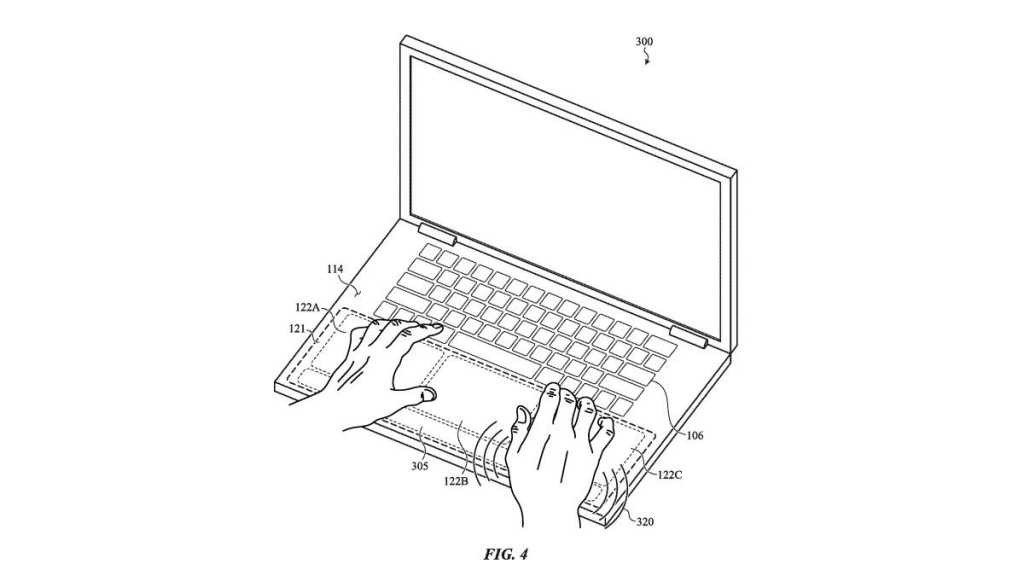 With an iPhone, it’s almost taken for granted that the entire device serves as the user interface: it vibrates to let you know a call is incoming, you can tap the back to trigger actions, and instead of a real button, a haptic engine is increasingly used to provide simulated physical feedback.

And now, based on a new patent from Apple, spotted by Patently Apple, the cases of upcoming MacBooks could also feature multiple haptic outputs.

US patent  10,942,571 describes a “laptop computing device with discrete haptic regions”. The most likely application is that trackpad below the keyboard will be omitted, and the entire area below the keyboard becomes a touch surface.

For example, the area could be divided into three areas that can either serve as a trackpad, or as a palm rest when typing. A Taptic Engine provides haptic feedback, such as the click feeling during an action.

Which of the areas becomes active for outputs and inputs is obviously recognised by the type of input. Apple’s trackpads have long used sophisticated palm recognition to ignore unwanted input.

The patent application gives another reason for this new functionality: electronic devices are becoming more and more compact and functional, which means the space for input and output is becoming smaller and smaller. For similar reasons, Apple recently patented a compact foldable display, as well as MacBooks with charging surfaces for iPhones. 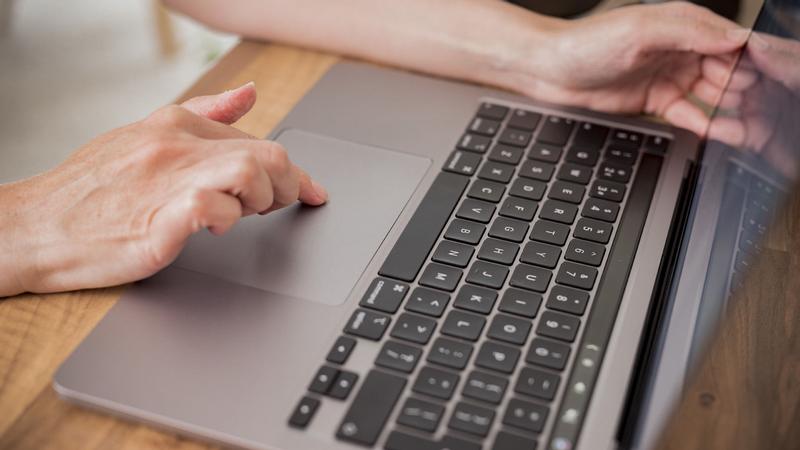 The idea that the MacBook’s entire case could become a trackpad has its charm. Such a function would certainly make sense with a very small notebook – with a foldable display, for example, it could be used much more flexibly.

When and whether Apple will use this patent is still uncertain. According to Statista, Apple was awarded 2,791 patents in 2020 alone, many of which will never be used in a finished product.

In 2021, at least, we still expect conventional laptop designs from Apple. For the latest rumours visit our new MacBook Air and new MacBook Pro news hubs.