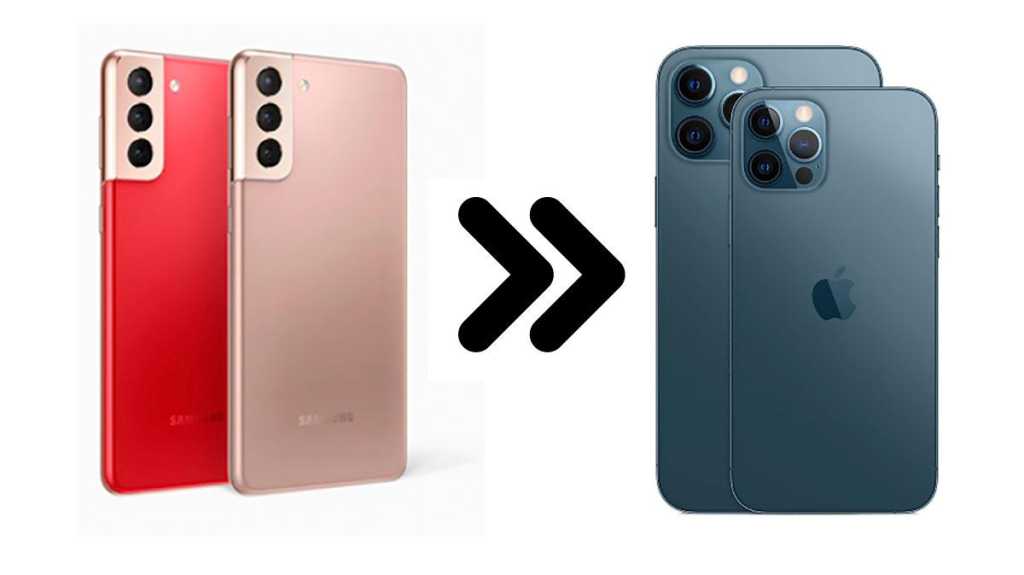 A survey of smartphone switchers looks like good news for Apple, as it wins on brand loyalty at the same time that the majority of Samsung smartphone users who are prepared to switch phone brand have picked the iPhone as their next mobile.

The 2021 Cell Phone Brand Loyalty Report, which surveyed over 5,000 US smartphone users, looked at the brand loyalty of five major smartphone brands, the preferred brand of choice for switchers, factors affecting brand loyalty and brand switching, and the most popular and least popular flagship smartphones.

The last three months of 2020 saw heavy demand for the new iPhone 12, with Apple beating its rival Samsung in sales for the first time in four years. Read our iPhone 12 review.

Samsung responded by launching its flagship Galaxy S21 series a month earlier than its usual timeframe in an attempt to take back the top spot, but it seems this is not enough to stop Samsung phone users from eying up the iPhone as their next purchase. Read our Samsung Galaxy S21 review.

The survey included more than 5,000 US-based smartphone users, aged 18 years or older, with any of the five major smartphone brands, including Apple, Samsung, Google, LG, and Motorola.

Apple users are nearly 18% more loyal to their brand than Samsung users – over a quarter of whom will jump ship to another brand next time they upgrade.

Of these Samsung defectors, a majority (53%) say they will switch to an iPhone the next time they upgrade, with most (32%) indicating privacy concerns as the main reason for the switch.

Perhaps surprisingly for Apple, over 25% of the disloyal Samsung owners quote “value for money” as the significant rationale for switching away from Samsung.

But the principal reason for switching to iPhone is better privacy protection (32%).

14% just fancied a change! Imagine an iPhone user saying that…

But Motorola and LG users are the most disloyal, with around 71% and 63%, respectively, of existing users stating that they will be looking to move when they upgrade.

What about the Apple switchers?

It is, however, worth noting that 46% of potential iPhone defectors would switch to a Samsung handset, while 35% would instead get a Google Pixel device; LG (6%), Motorola (4%), Other (9%). Read our Moto G10 review.

10% of iPhone users are sticking with Apple only because they think switching operating system from iOS to Android is too much hassle.

18% of Android users would switch to Apple if it wasn’t too much trouble changing their operating system from Android to iOS.