Famously up-and-down tech leaker and YouTube entertainer Jon Prosser has conceded that his prediction of an Apple event on 23 March, which earlier this month he claimed to be 100% certain about, is wrong. The event will actually be held in April, he says.

The concession follows his posting yesterday of a fake invite to the supposed 23 March event, which featured the tagline “See you hair” and artwork of shaving paraphernalia. These references allude to the fact that Prosser, perhaps unwisely, vowed to shave his eyebrows on camera if he was wrong about 23 March. 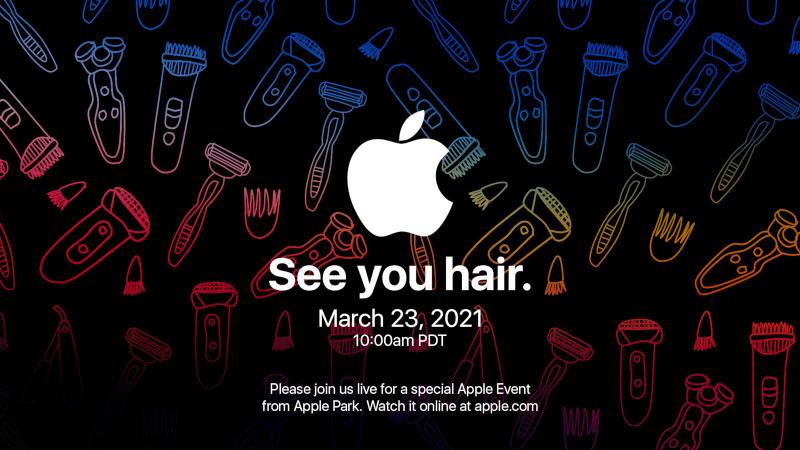 He now says he will honour that pledge.

Prosstradamus’s status as an Apple leaker is curious. He appears to have decent sources, and claims to hold back on predictions until they’ve been corroborated. He’s had some decent scoops, too – such as the iPhone SE (2020) launch last year, whose date he nailed a fortnight ahead of time – but some flops as well. Most famously he bought into what now seems to have been deliberate misinformation about iOS being renamed iPhoneOS, and this latest error will be added to list of shame.

There is a sense, in fact, that the unusually high profile that Prosser enjoys – one that is arguably not warranted by the reliability of his predictions – means he has been targeted by sting operations. He has hinted that Apple has fed him misinformation in the twin hopes of identifying moles inside the company and discrediting one of its most famous annoyances. It’s not clear whether something along those lines happened in this case.

So now we look to April for the next Apple event. We expect that event to feature announcements about the AirTags, along with new versions of the iPad Pro, Apple TV and AirPods.

For more information about upcoming, read What to expect at Apple’s spring event.

We also have an article about the people behind the Apple leaks – find out who has the best track record.