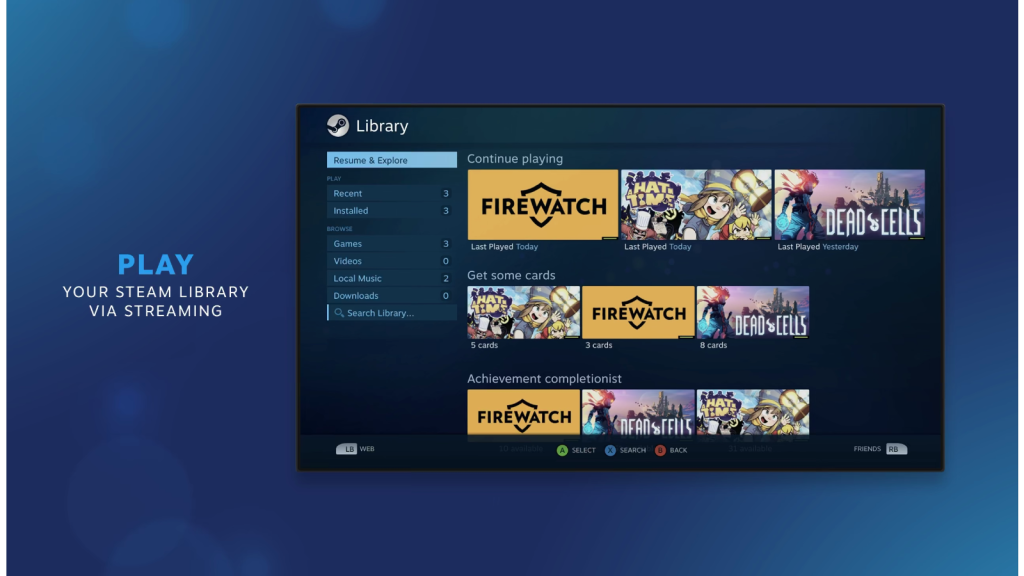 Valve has published its Steam Link app in the Mac App Store without causing a stir, bringing game streaming to the Mac – the solution has been available on iPhone, iPad and Apple TV for a long time.

Steam started streaming games on iOS in 2018, but Apple removed the app due to a violation of the guidelines, and game streaming was not allowed. Those problems have now been resolved and Steam Link meets Apple’s requirements.

Games are run on a high-performance computer that operates in the same local network and is played back in real time on the end device, which also sends the commands from the controller to the game computer in real time. Steam recommends WiFi in the 5GHz band or, better still, Ethernet for the connection.

Apple continues to forbid Valve’s original concept of running games on servers on the internet via Steam Link and streaming the graphics to traditionally poorly equipped Macs (as well as iPhones and iPads). Critics claim that Apple’s reason for prohibiting Steam Link is that it does not earn any commissions on the games purchased from the Steam service, while Apple cites security reasons.

Apple claims every app or every in-app purchase in the app store must comply with Apple’s regulations for child safety, microphone access, ratings and, soon, the data protection label. With a subscription to a streaming service, Apple couldn’t guarantee its customers’ safety when they access content outside of Apple’s servers.

Apple does makes exceptions for media applications such as the streaming services Amazon Prime and Netflix though, despite having no control over the program being watched.

For more information read: How to use Steam on Mac

You may be interested to read: Best Mac for Gaming and Best Mac Games.

This report first appeared on Macwelt. Translation by Karen Haslam.