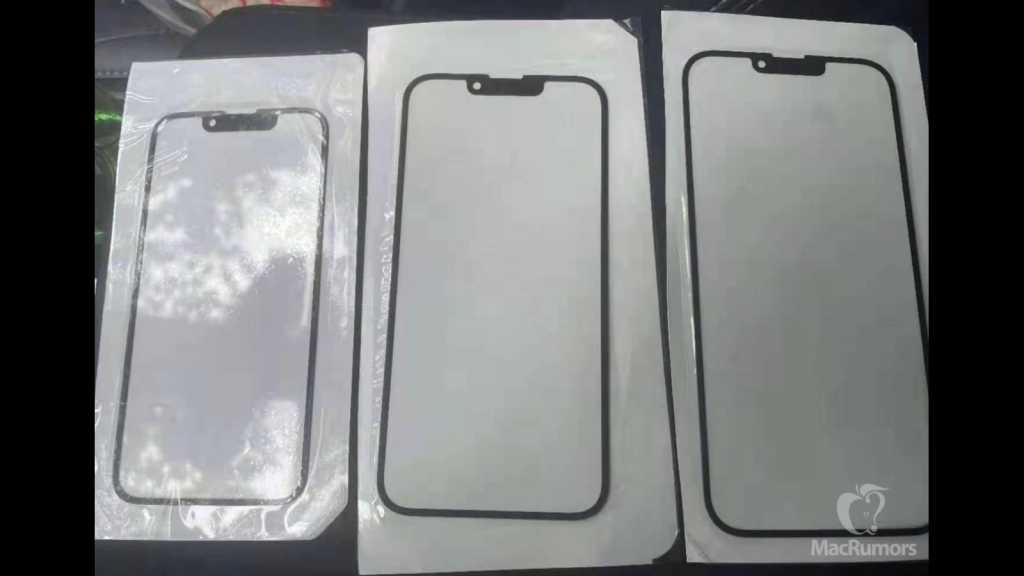 Pundits remain divided about what will happen to the notch and its all-important front-facing sensors in this year’s new iPhone models. Some think it will remain the same; some thing it will shrink; and a few have even claimed it will disappear entirely, although that’s increasingly looking like a long shot.

The latest news, and further evidence for the second theory, comes from MacRumors, which has published an image that’s said to show the front panels of three upcoming iPhones. These seem to signal that the notch will be smaller on the iPhone 13 compared to the iPhone 12.

Aside from the redesigned notch, the biggest point of interest in the image is the position of the earpiece speaker. This previously lived in the notch, but has been moved to the top bezel, enabling Apple to cut the notch’s size.

We talked about three competing theories, but the pro-shrink camp is further fractured into those who think the notch will get narrower, those who think it will get shorter, and those who think both dimensions will be reduced. MacRumors’ photo definitely indicates a narrower design, and appears to show a reduction in height as well.

But if you’re longer for a completely flawless, notch-free iPhone (like the one depicted in this concept illustration), it looks like you’ll have to wait at least another year and a half.

Although a 13 April report suggests that there may be changes coming to the location of the cameras on the iPhone 13 due to the reduced notch.

Catch the latest rumours in our iPhone 13 news hub. Can’t wait for six months? Check the lowest prices on the current range in our guide to the best iPhone deals. Plus, one analyst thinks there will be no iPhone notch in 2023.