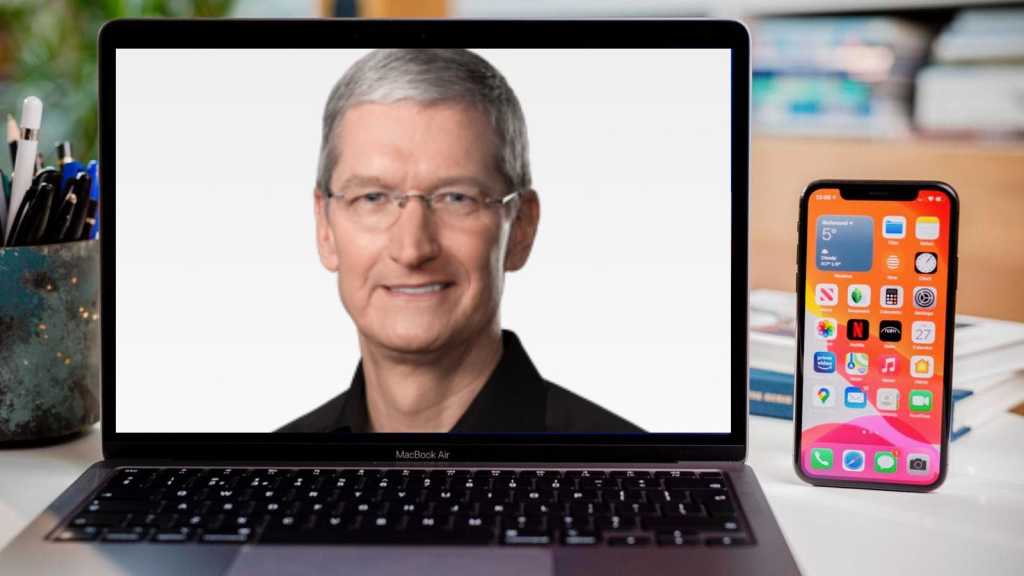 In an interview with Kara Swisher on her Sway podcast, Apple CEO Tim Cook talks about how much longer he’s likely to be at Apple, as well as AR, cars, and the dispute with Epic.

At the beginning of the interview Kara Swisher recalls that Tim Cook took over Apple as CEO almost ten years ago, shortly after the death of Steve Jobs in August 2011. At that time the company was worth about $350 billion on the market – today it is more than 2 trillion US dollars, a credit to Cook’s management.

At the end of the interview, Swisher asks Cook how much longer he will lead Apple. Will you be with Apple in ten years? she asks. Cook, who is 60 years old, reveals that at the moment he feels great and there is not an end date in sight, but he does not believe he will still be leading Apple in ten more years. Cook goes on to say that he cannot imagine a life without Apple. We wonder therefore if he might eventually relinquish his role as CEO, but remain involved in the company after retirement.

This begs the question: if Tim Cook leaves, who will be Apple’s new CEO? A Bloomberg report in September 2020 asked this very question, suggesting that Cook and his top deputies are focused on finding a new generation of executives. Bloomberg noted that Cook’s leadership group is largely made up of senior vice presidents who have worked successfully at Apple for more than 20 years. However, many of them are close to retirement age.

Apple’s Chief Operation Officer Jeff Williams (currently 58) is generally thought to be the most likely successor to Cook. Williams has led the company’s worldwide operations under Cook since 2015. According to Bloomberg, Williams “is as pragmatic as Cook in many ways”. Just like Cook, he is more of a business-oriented manager and less of a product visionary like Jobs or the former head of design Jony Ive: “Given the ten-year success of the company under Cook, it is unlikely that the board would want to deviate from this proven formula”.

However, Williams isn’t far behind Cook in age, so Apple may look elsewhere.

During the interview Cook also discusses a few other topics including the legal dispute with Epic who make the popular game “Fortnite”. Apple banned Epic from the App Store because they wanted to establish a payment system outside the store in order to avoid the 30 percent levy to Apple. Cook insists that Apple must keep control as that is in the interests of the user. In order to maintain protection, maintenance of the content and control, Cook won’t allow other stores to load apps outside the Apple App Store. Read more: Apple hits back at Epic, calling it a ‘self-serving Goliath’

Cook also emphasises that 85 percent of all developers pay nothing, as they do not generate any income or income below a million annual sales, which then only pay 15 percent (this is actually a change that was bought in after the Epic dispute, read: Most developers will only have to pay 15% to Apple now).

Another point of discussion was Facebook, Mark Zuckerberg, and the subject of privacy of personal data. Cook mentions Apple’s decision to introduce transparency and freedom of choice for users when apps or websites want to access their data.

Cook and Swisher also discussed the development of Augmented Reality (AR) at Apple. Swisher asked about the title of the Worldwide Developers Conference planned for June: “Glow and Behold”, and how that relates to AR. Cook didn’t reveal any details, but he did describe how great it would be if the interview between him and Swisher could be “augmented” by, for example, enriching it with diagrams or other things.

Cook sees the topic of AR primarily in the areas of health, education, games or retail. He thinks “the promise is even bigger in the future”. When Kara Swisher asked whether AR was “critically important” for Apple’s future, Tim Cook affirmed without further ado.

Swisher bought up the topic of autonomous cars, and while Cook failed to discuss any of Apple’s plans in the field he did make some interesting observations.

Most notably he said: “The autonomy itself is a core technology, in my view. If you sort of step back, the car, in a lot of ways, is a robot. An autonomous car is a robot. And so there’s lots of things you can do with autonomy. And we’ll see what Apple does”.

He added: “We love to integrate hardware, software and services, and find the intersection points of those because we think that’s where the magic occurs. And we love to own the primary technology that’s around that.

Those words seem to indicate that Apple is building the autonomous-driving technology platform that could be adopted by car makers.

Cook also discussed the question of how important Tesla and Elon Musk are in Apple’s own development with regard to self-driving cars. Musk claimed in a tweet in December 2020 that he offered Tesla to Apple for a tenth of its value but that Cook refused to meet with him. Cook said he has never spoken to the Tesla CEO in person, but that he has great admiration and respect for the company Musk has built though.

Cook also discussed Apple TV+ and some of the current series and content. Swisher asks how Apple can compete with Netflix and co. Cook replied that Apple TV is not a hobby and that Apple is building its content over time. He suggests that it’s not a competition as people can have Netflix or Apple, it’s not a case of either or. We have a round up of what’s on Apple TV+.

Based on an original report on Macwelt.