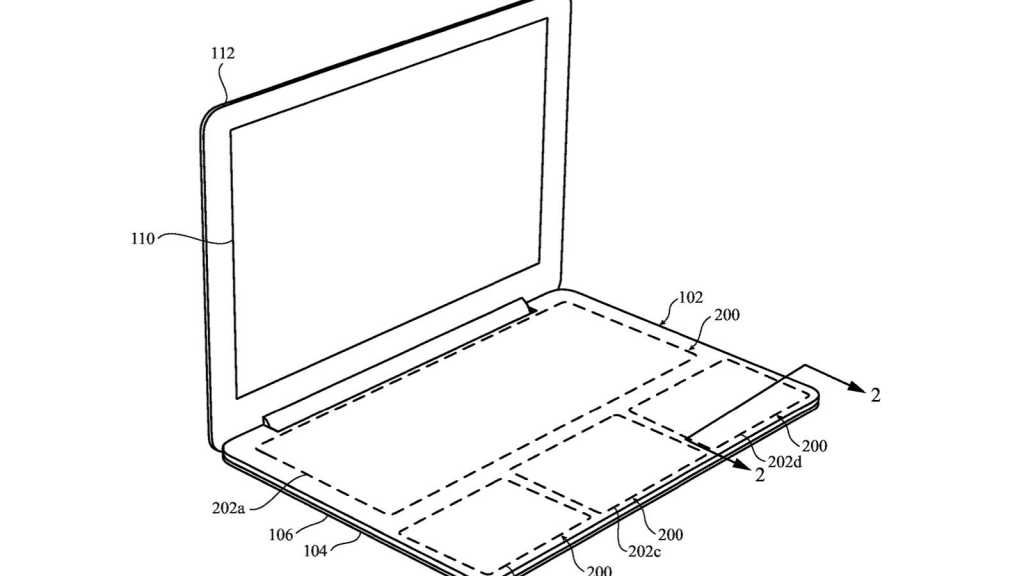 Apple has been granted yet another patent relating to a MacBook. Like the one we wrote about a few weeks ago that discussed a way to remove the Macs’s trackpad and replace it with haptic outputs the new patent granted on 30 March 2021 seems to remove not just the trackpad, but the keyboard too!

The patent seems to be designed to avoid the problem with mechanical keyboards, such as Apple experienced with the problematic butterfly mechanism keyboards that suffered sometimes unrectifiable faults when dust and debris was trapped under the keys.

In this patent the input area – where you’d normally find the keyboard and trackpad of a laptop – is a single contact metal surface. Under this surface are two layers into which input and other controls are built in.

A layer that yields to pressure could offer the user feedback on input and small translucent holes in the metal surface could allow buttons or borders to be displayed – and adapted to suit.

It is interesting that, according to the patent, the user can configure the input area himself. So instead of a keyboard, the entire surface could be used as a number keyboard or trackpad, for example.

Apple has a large number of patents on similar topics and it is possible this will never see the light of day. The company originally submitted this patent back in 2015.

For more rumours about future MacBooks read about the 2021 MacBook Pro in our news hub.