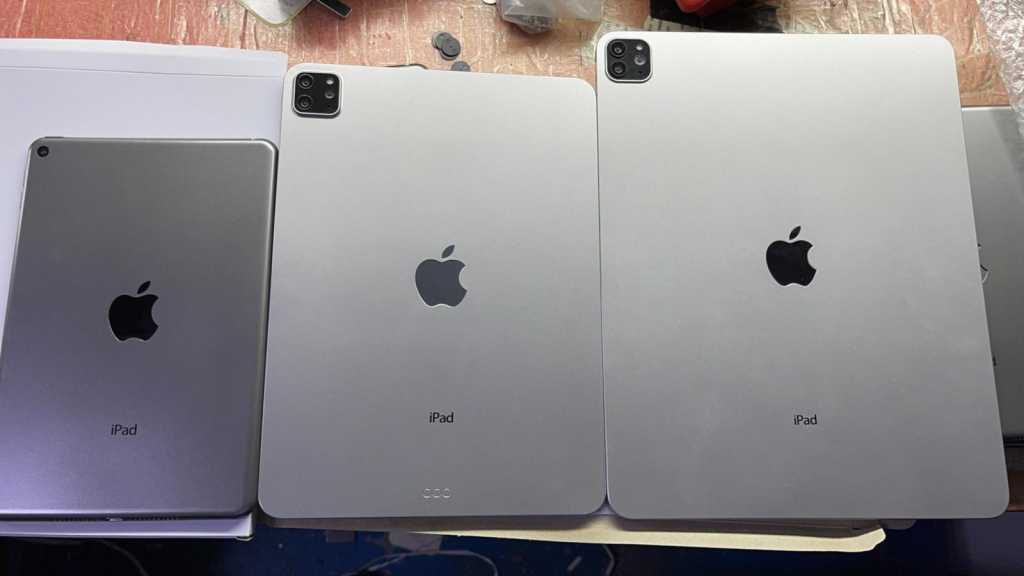 It’s looking increasingly likely that Apple will launch new iPad models at the end of the month, including the fifth-generation iPad Pro in the usual two sizes.

And the new devices are starting to change from a rumour into a reality – particularly now that tech leaker Sonny Dickson has posted photos of dummy units that indicate the design of the new tablets.

The iPad Pro models again have triple rear-facing cameras, but judging by the photos, the camera module will not protrude as far on the 12.9in model as on the 11in model.

The pictures also show a new iPad mini that looks much like the current model. This appears to contradict the previous theory that the iPad mini – which hasn’t been updated since 2019 – would get a new design with narrower bezels and a larger screen. Perhaps the lack of a radical redesign on either the Pro or mini models explains why some pundits don’t expect Apple to bother with an event for these launches.

If you’re underwhelmed by the images, you can console yourself by browsing our guide to the best iPad deals and picking up a bargain on a current model.