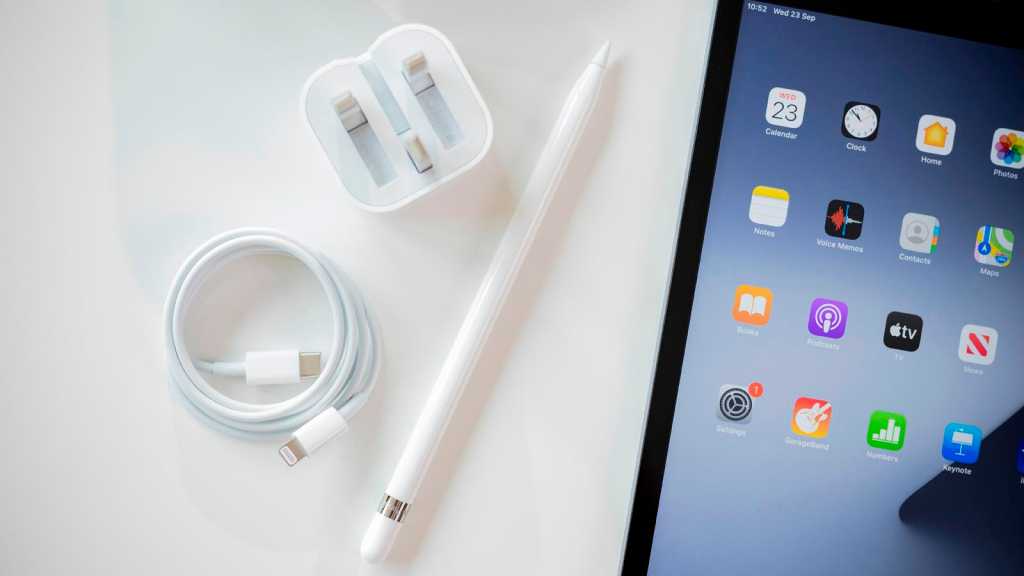 Uncle Pan, a leaker on the Chinese Twitter-like Weibo, has shared an image of AirPods 3 and claims that they are ready to launch alongside a new Apple Pencil.

There has been some doubt that AirPods would launch at the 20 April event. Analyst Ming Chi-Kuo has indicated in March 2021 that an autumn launch for the AirPods 3 is more likely. He had previously expected that the new headphones would launch in the first half of 2021 though. Read more about the new AirPods in our AirPods news round up. 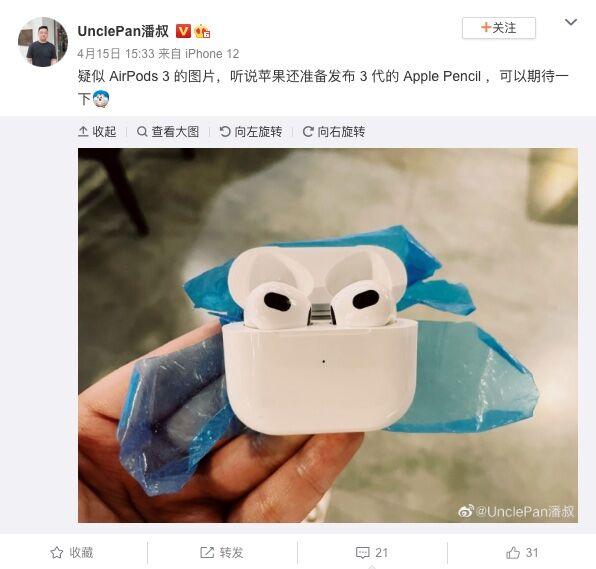 It does however seem likely that the third generation Apple Pencil will be launched in at the 20 April 2021 event at which we expect Apple to launch a new iPad Pro.

It wouldn’t be a big surprise to see a new Apple Pencil at the event. The first generation Apple Pencil arrived in November 2015 and the second model in November 2018 so it has been a while since Apple updated the device. The stylised writing on the design of Apple’s invite to the Spring Loaded event also seems to hint at an Apple Pencil.

An image of a new Apple Pencil was also shared on Twitter by Mr White in March.

Compared with today’s Apple Pencil there appears to be a slightly thicker tip, but any other new functions are not obvious. However, last year Apple applied for a patent describing a variant of the Apple Pencil with flexible sensors. This would make it possible to change brush size, colour and shape, as well as copy and paste different objects.

It has also previously been rumoured that the third generation Apple Pencil will be released in a black variant, which would match the black frame that is available on many models of iPad. However, no photographs of this variant have been published.

The new model of Apple Pencil will probably get a similar price as the current one. Read everything we know about the new Apple Pencil in our news hub.

Adapted from a Macworld Sweden report.