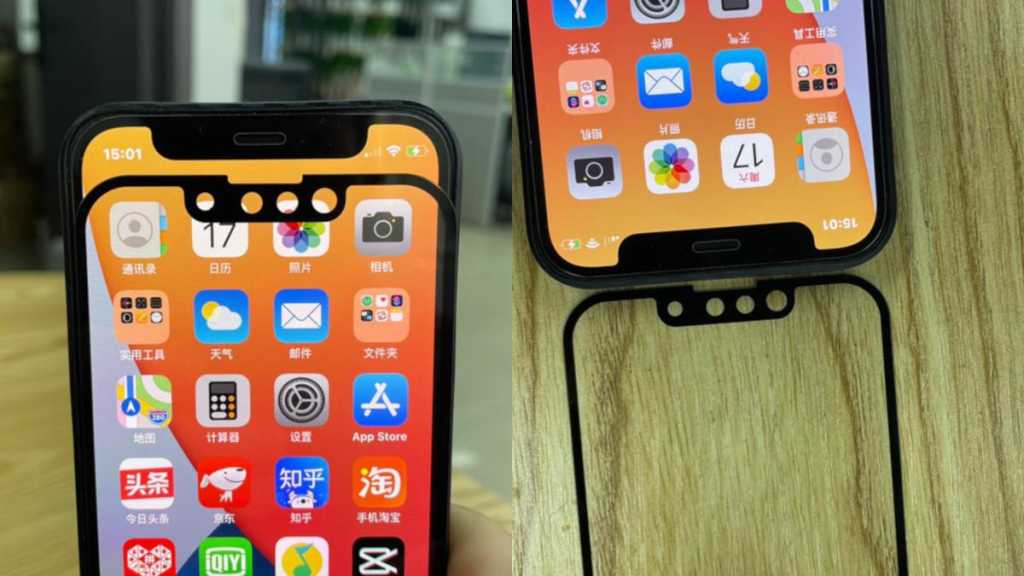 A huge number of rumours about the iPhone 13 point to it getting a smaller notch (in other words, the sensor housing for the front camera and Face ID module, which effectively takes a bite out of the top of the screen) than in previous models. Now new images have been leaked that are alleged to show this smaller notch.

The pictures come from the Twitter account Duanrui, and are said to show screen protectors for the upcoming iPhone 13, which have been designed to accommodate a significantly smaller notch. The images compare the size of the new notch with that of the current range.

Previous rumours have claimed that the notch is likely to be around 30% smaller. Among other advantages, this would allow the battery percentage to visible again without having to swipe down to activate the Control Centre.

At early stages in the iPhone 13 rumour cycle there were hopes that it might see the complete removal of the notch. But it now appears we’ll have to wait until 2022 for a pinhole design and 2023 for a genuinely all-screen design for the first time in the iPhone’s history.

More information – albeit unconfirmed at this early stage – about the design of the iPhone 13 can be gleaned from a video from the YouTube channel EverythingApplePro.

The dummies in the video are said to be based on leaked CAD drawings and are largely in line with previous rumours.

You can catch all the latest leaks and rumours in our exhaustive and regularly updated iPhone 13 news hub. If you can’t – or simply don’t want to – wait until the autumn of 2021 to upgrade your handset, instead check out our guide to the best iPhone deals, which has the lowest prices and best-value discounted bundles on every model in Apple’s current range.