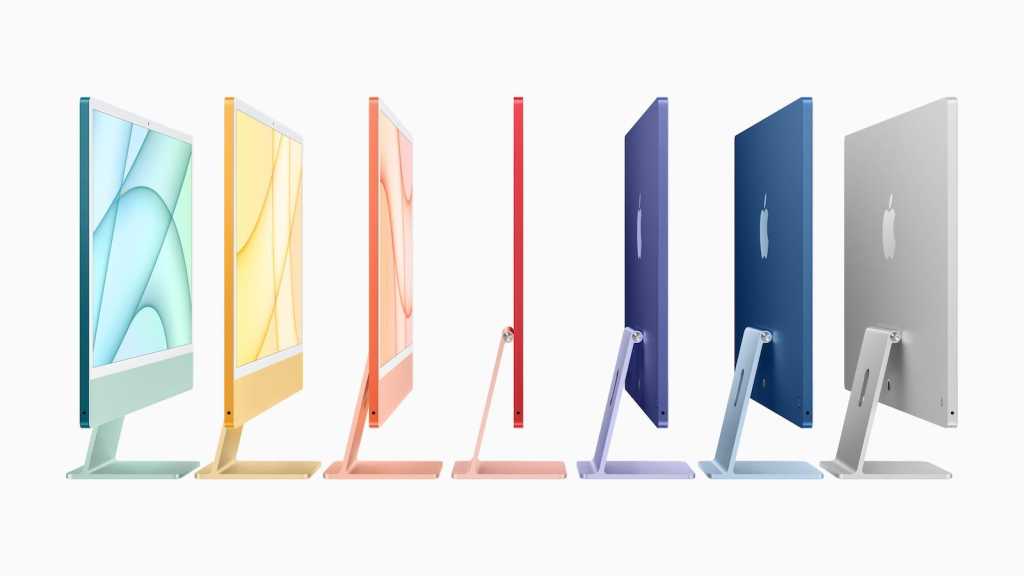 Apple has released a new 24in iMac with the M1 processor, but continues to sell its old Intel-based 27in. This might say something about how the company views the new model, or how it thinks customers will view it.

This is what Apple says about the new computer, with characteristic marketing language: “With its striking design in seven stunning colours, its immersive 4.5k Retina display, the best camera, mics, and speakers ever in a Mac, and Touch ID, combined with the amazing performance of M1 and the power of Mac OS Big Sur, the new iMac takes everything people love about iMac to an entirely new level.” [My emphasis.]

But I would argue that it is not a higher level. Because compared to the 27in, there is no question of an upgrade, at least not in the points that most iMac customers care about.

Am I talking through my hat? Here’s a quick comparison of some key specs:

But if there’s any model in Apple’s range that’s all about being practical and affordable, it’s the iMac. Many people who buy iMac choose it to get as much computer as possible for the money. That you can choose minimal internal memory and easily install more yourself is no small matter.

And then there’s the display. iMac customers have requested ever larger and higher-resolution screens; many had hoped for an iMac that looks like the Pro Display XDR. But the new iMac’s screen is not an upgrade in any respect compared to the iMac 5K: it offers a smaller area, lower resolution, and the same brightness and colours.

Better for the environment

For everyone except those who actually sit at and use the computer, the new iMac is a winner. It is nicer, takes up less space, is quieter and better for the environment. Sitting opposite someone working on a new iMac will be a delight to the eye (and ears).

I’ve heard some people complain about the white screen surround, often wishing it was black instead (as if this iMac will mostly be used in dimly lit rooms?) or the same colour as on the chin. But the white frame makes the edge disappear if you have light walls in the room and prefer daylight to cinema darkness, and it is perfect for an iMac that stands in the middle of the room – in a reception, for example.

But that was not what the iMac customers themselves demanded. At least not those who choose the 27in model. It does not matter that the new iMac is much cheaper for almost as much pure performance, if it cannot do everything you need it for.

Maybe I’m not the intended market

I was hoping that Apple would release a new iMac with an M-class processor that beats the old models at all points, just as the 13in MacBook Pro is better at almost all points than the Intel-based 16in. But either the next M processor is not finished, or Apple wanted to take the opportunity to milk the market before introducing a larger model.

Whatever the reason, I can simply state that Apple has chosen to make this new iMac an entry-level model. A nicely packaged Mac mini, effectively, with a screen and the necessary peripherals included.