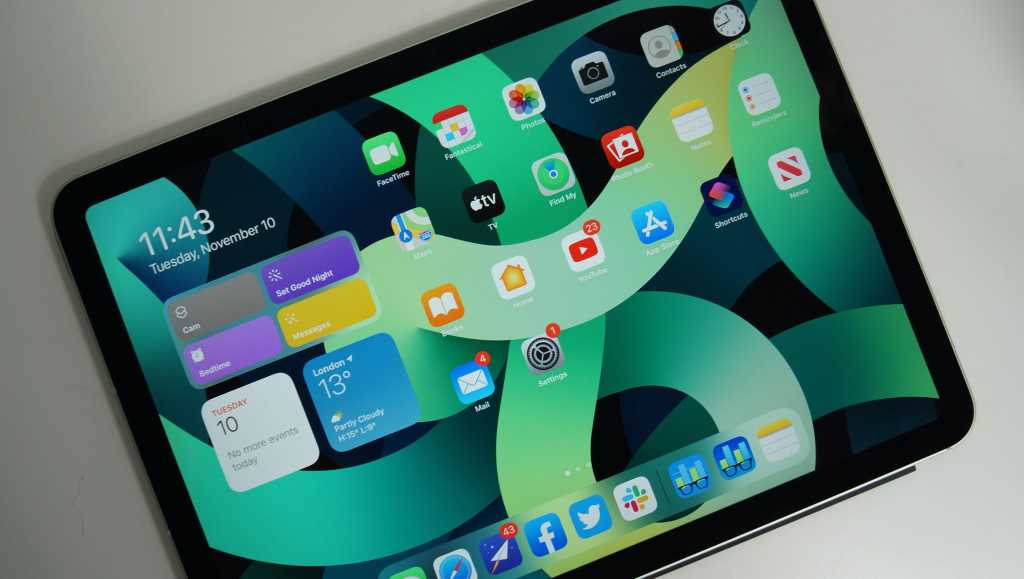 Apple deals on Amazon tend to go quickly so we’ll be brief: the iPad Air (4th gen) now has £79 off from Amazon – which slashes the price to £499.97. The discount is available on the 64GB option in blue with Wi-Fi.

We previously saw the 64GB Wi-fi only model sell for £519, but this is the first time we’ve spotted prices below £500.

The 10.9in iPad Air 4 features the powerful A14 Bionic chip along with TouchID and Apple Pencil 2 support. In his review last year, Macworld UK Editor David Price described the Air 4 as the closest thing there is to buying an iPad Pro, without shelling out the Pro price: “The design is Pro; the accessory support is Pro; the processing power is Pro-comparable. You even get Wi-Fi 6 and Bluetooth 5.0 (like the Pro) rather than 802.11​​ac and Bluetooth 4.2 (like the iPad 10.2in).”

Unsurprisingly, the device received 4.5/5 stars and a Macworld Editors’ Choice badge. The only real drawback was the battery only lasted a day, but that can vary depending on how conservatively (or not) you use this tablet.

Of course, now the iPad Pro has received a major uplift with the addition of the M1 processor and 5G connectivity, which you can read more about here.

Amazon has been generous with Apple discounts of late. It currently has up to £100 off the iPhone 12 mini (64GB), as well as £75 off the new purple variant which goes on sale 30 April. See our separate in-depth coverage of the best iPhone 12 mini deals, and where to buy the purple iPhone 12 and 12 mini.