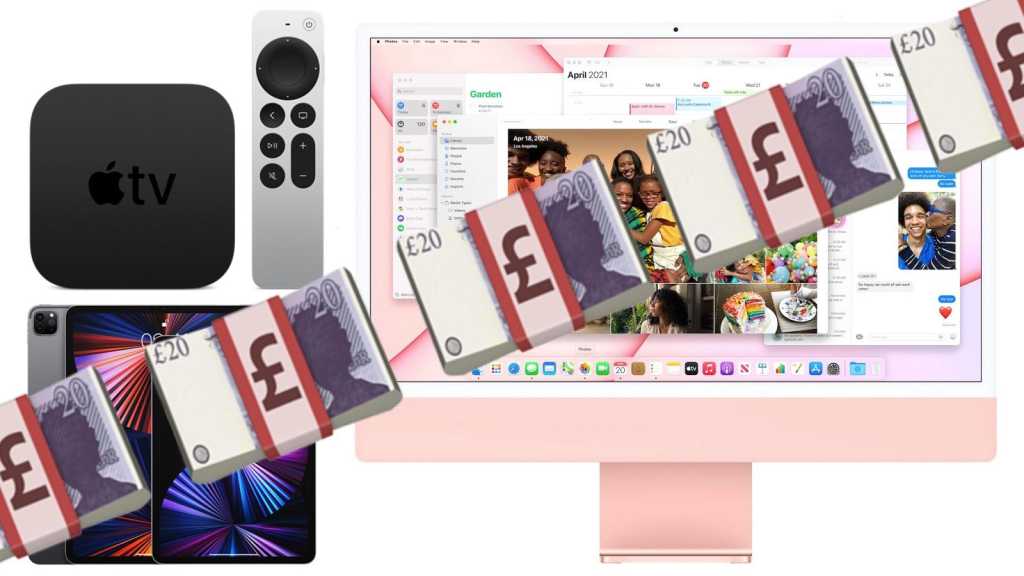 You can guarantee that if Apple puts up prices – especially if it puts up prices in the UK and nowhere else we’ll all be feeling frustrated with Apple and blaming “rip off Britain” and Brexit, and everything else.

But from time to time Apple adjusts UK pricing in the right direction, and that’s what’s happened with the new iMacs, iPad Pro and the new Apple TV that Apple introduced in April.

It was only about a year ago that Apple upped iMac prices by £50 in the UK, bringing them into line with US prices – by which we mean Apple tends to calculate $999 as being £999 so you can generally predict Apple UK prices as being the ‘same’ as the US price. Except not anymore it seems.

The new 24in iMac is priced as follows:

Similarly the prices for the 6th generation Apple TV 4K are:

The prices for the 5th generation Apple TV 4K were:

The new iPad Pro prices are as follows:

The 2020 iPad Pro prices were as follows:

As you can see in the latter case the price of the 12.9in iPad has increased – but tellingly it has increased less in the UK than in the US.

It’s all wonderful news for us Brits looking to buy a new Apple product. Especially if it means we could see all Apple’s prices declining. Finally some good news (let’s hope I haven’t jinxed it).