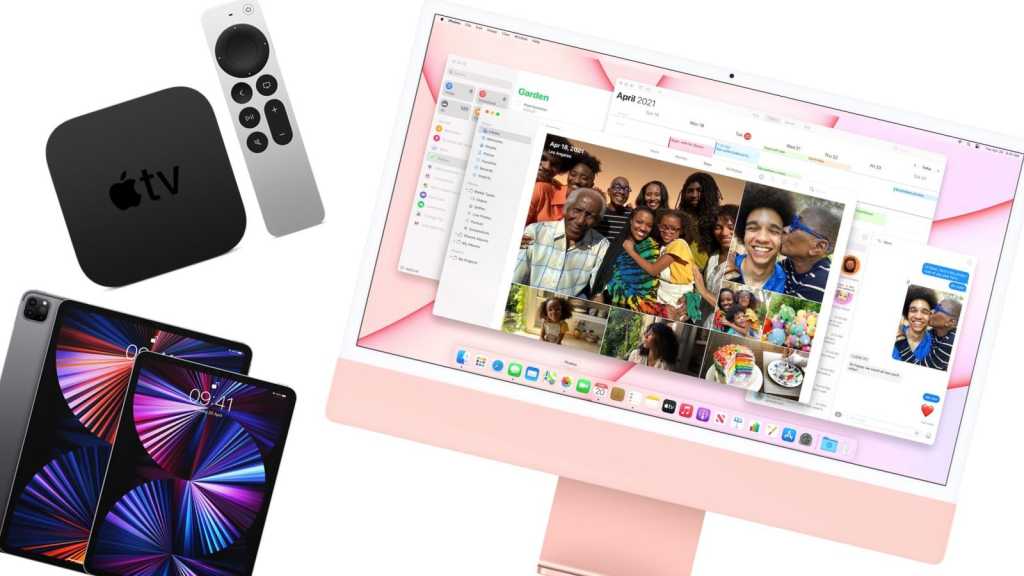 You can pre-order the new products here:

Pre-orders start for the new 24in iMac, iPad Pro and Apple TV 4K on Friday 30 April.

This is exactly one week after Apple started selling the new AirTag and the purple iPhone 12 and iPhone 12 mini models.

The surprising difference is that where last time Apple was clear that the pre-orders for the AirTags would start at 1pm in the UK, which translates to 5am PST, 8am EDT, 2pm CET, 10pm AEST, and so on, this time Apple has not confirmed a time at which the pre-orders will start.

However, we have been able to confirm that the same times will apply this week. Vodafone UK was indicating on their website that pre-orders for the iPad Pro would start at 1pm in the UK. That’s 1pm BST, 5am PST, 8am EDT, 2pm CET, 10pm AEST.

You’ll be able to order the new products on Apple’s website.

When will the new Apple products ship?

Apple hasn’t confirmed when the new iMac, iPad Pro or Apple TV will actually ship, but generally accurate leaker Jon Prosser indicates that Friday 21 May is the date – at least for the iPad Pro and Apple TV.

Update on this: iPad Pro launch is May 21st. The “22nd” date I mentioned is linked to the 5G model for a certain carrier and should be disregarded for the most part. Apple will also launch the new Apple TV on May 21st. https://t.co/A31ZulKGWa