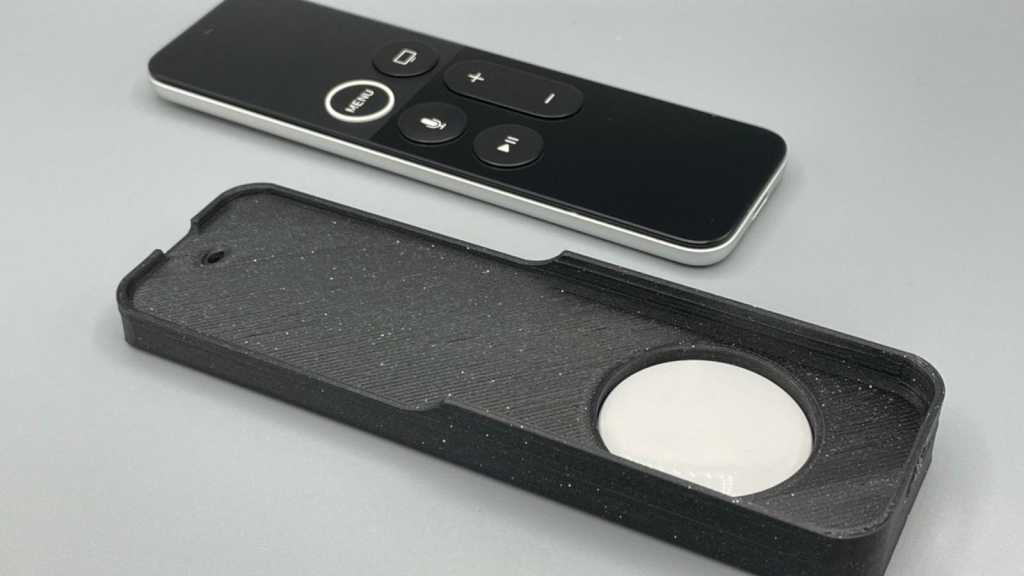 As we all know, it’s very easy to lose remote controls, something that has led to the appearance of various cases with space for Apple’s AirTag Bluetooth-based item tracker.

One that will be particularly interesting for Apple TV owners has popped up on Etsy: a plastic shell to fit around the old Siri Remote, which was notorious for being easy to lose (one of the criticisms that led to its inclusion in our roundup of the worst Apple products). It comes in multiple colour variants, including black, white, grey and luminescent, and has a hole to let you charge the battery in the remote without taking off the case.

The plastic case costs £11.62/$12.99, but if you’ve got a 3D printer, you can just buy the digital STL file for £1.78/$1.99 and print out your own copy. Please note that, fairly obviously given the prices, the AirTag is not included, so you’ll have to buy that separately.

If you want to spend even less money than that, it’s of course possible to attach an AirTag to the back of the remote control with the help of sticky tape, but that solution may not look quite as nice.