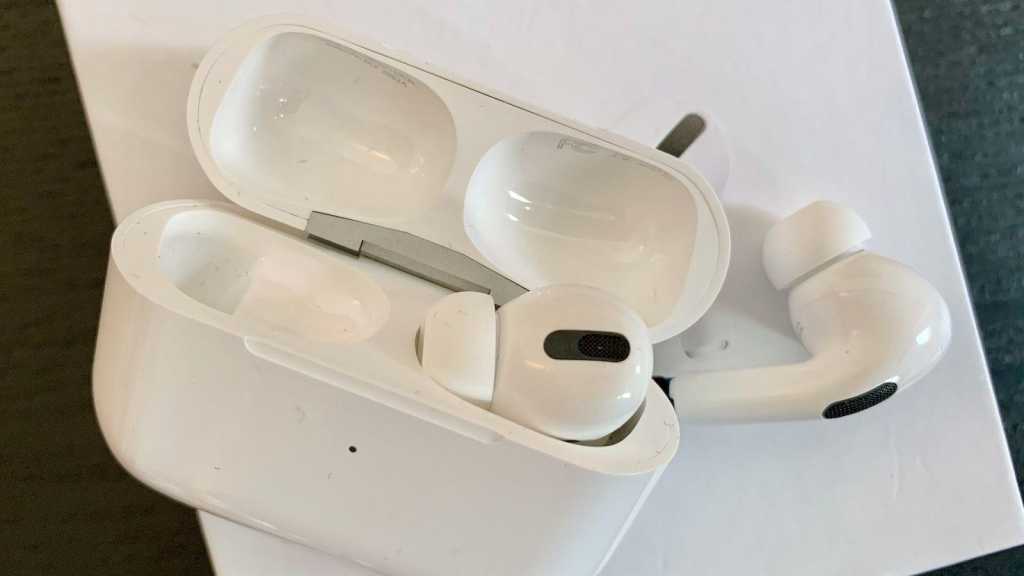 It’s no wonder that many people are on the look out for a bargain, and luckily you can often find AirPods deals, especially at times like Black Friday or one of Amazon’s Prime events–for example in July 2022 Amazon cut $79 of the price of the AirPods Pro. But what if you find an even better deal somewhere like Ebay or Ebay U.K.? Can you be sure that the supposedly brand new in the original packaging AirPods are the real deal?

More and more often, the supposed bargain turns out to be a counterfeit product that deceptively resembles the expensive original. Counterfeit products are not a new problem, but fake AirPods Pro are often found on sales platforms. The high price and great demand for this product makes the AirPods Pro ideal for product counterfeiters thanks to the good profit margin even after high counterfeiting expenses.

If internet forums are anything to go by, all too often customers are falling for such an offer only noticing the fraud much later when there a problem arises.

The counterfeits are getting better and better. How can you identify if the AirPods you are buying are the real deal?

It is easy to spot a counterfeit with some copies of Apple products: The packaging quality is often poor, typing errors such as “Dseigned by Apple”, ios instead of iOS, or translation errors can be spotted in the labelling.

However, it’s not always so easy. In the example above, provided to our colleagues on Macwelt, the inconsistencies in the packaging were only obvious at second glance. The packaging read: “Compatible with iOS device, iPadOS device, Apple Watch or Mac with the latest software Works with Qi-certified chargers.” There is missing punctuation before Works with Qi-certified chargers. In the German section there are missing umlauts.

You don’t even have to unpack the device, the first step is to check the serial number. This can be found on the side of the packaging and can be entered into the Apple website.

If you haven’t got the packaging, then you’ll find the serial number inside the charging case – for our AirPods Pro this is seen on the right hand side – you might need a magnifying glass to read it though.

You can also see your serial number if you open Settings > Bluetooth on your iPhone and tap the Info button beside your AirPods.

In the case of the fake device provided to Macwelt, when the serial number was entered it was immediately identified as invalid, exposing the device as a fake.

Unfortunately, according to reports, this check does not always work, apparently some forgers use serial numbers that are recognised by Apple.

At first glance fake AirPods can look perfectly fine with a complete set of accessories inside the box. When the team at Macwelt got their hands on counterfeit AirPods via a reader they found all the usual papers and instructions, along with AirPods Pro that looked legitimate, a lightning cable and more.

However, the enclosed instructions immediately raised suspicions: The print quality of the instructions was moderate and the type was blurred.

To check the firmware on your AirPods grab your iPhone and go to Settings > Bluetooth. Tap the Info button beside your AirPods. The firmware is the number listed next to Version.

At the time of writing the AirPods firmware is 5B5B for all but the 1st gen AirPods. Prior to 5B5B the firmware was 4E71).

The firmware on the AirPods Macwelt had was listed as 0A2097, a firmware ID that Apple has never used.

Unfortunately if the firmware is incorrect not only does that mean it’s a fake, it will not be possible to update the software on the AirPods.

Are the AirPods recognised by an iPhone or Mac

The one thing fake AirPods won’t have is a W1 or H1 chip.

These chips control the Bluetooth connection, meaning that the AirPods can switch between devices seamlessly and ensuring that AirPods are recognised by and synced immediately to an iPhone, iPad or Mac.

When you open the charging case, a nearby iPhone should immediately recognise and connect to the AirPods. If this doesn’t happen it’s an indication that your AirPods are fake.

In addition, the H1 adds the ability to launch Siri by voice and Audio Sharing, while the H2 adds active noise cancellation and the Adaptive transparency mode. Without these chips none of these features will be available to you.

When the team at Macwelt opened their iPhone the AirPods were recognised and a message appeared, but the big difference was an instruction to press the button on the back of the case in order for the earphones to be recognised. Legitimate AirPods would not require additional key presses.

They also found that switching between a Mac and iPhone was only possible via Bluetooth menu. There were also problems recognizing the microphone. All of these problems point to there being no Apple chip inside.

It’s clear from the step above that it is one thing to make headphones that look like AirPods or AirPods Pro, but it’s what’s inside that counts and fake AirPods that do not include components like the H1 and H2 will have missing functionality.

However it’s not completely clear cut. Depending on the quality of the fake, some counterfeits support some AirPods functions.

For example, Macwelt was able to carry out the fit test for ear inserts on their fake device. However, all was not as it seemed: the test always succeeded. Even when they were wearing just one of the earphones the optimal fit of both earphones was certified.

Macwelt also found that they were able to activate Active Noise Cancelation and switch on the Transparency mode on the fake AirPods. However, they quickly recognised that there was no difference between activated and deactivated noise cancellation.

Some victims of fake AirPods have reported a functioning noise suppression, apparently there are some fakes with real microphones.

Macwelt’s fake AirPods were not suitable for phone calls, suggesting that the counterfeiters had saved money on the microphone. The audio quality was also very mediocre with a lack of clarity and bass. The 3D audio function was also absent and wireless charging did not work either.

Take a look inside

In the case of the fake AirPods Macwelt quickly notice some processing defects. For example, the small plastic cover on the outside fell off after a few minutes of use. The cap at the bottom of the “stems” was also relatively easy to pull off to reveal the inside.

According to iFixit, we should actually come across a high-quality small microphone here. Instead, we see a circuit board with the label dxc-t18U8 – and no microphone, which explains why these AirPods were no good when making phone calls–they use the speaker as a microphone.

How to get a refund

What should you do once you have identified your new earbuds are fake? If the online shop or Ebay seller is still active, a return or refund should be attempted. Usually sellers can be persuaded to reimburse the purchase price, although if some time has passed before you recognised the counterfeit nature of the product it may be a little more difficult.

To return an item for a refund on Ebay you should follow these steps:

If you purchased the fake AirPods from somewhere else a similar attempt should be made to return them for a refund.

Our advice is if you are wanting to get cut price AirPods you should be sure to buy from a reputable company, such as one of the ones in our round up of the best AirPod deals.