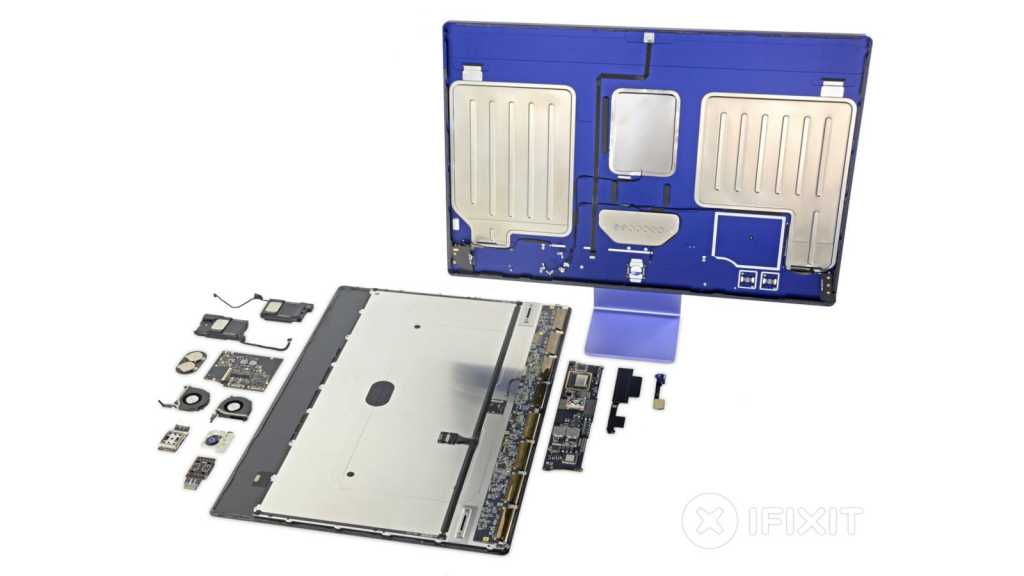 When Apple releases a new product, it rarely takes long before the repair site iFixit publishes detailed teardown images. Sure enough, the site has already taken a closer look at the new iMac 24in with the powerful M1 chip – which turns out to contain a surprising amount of empty space.

For DIY upgraders, the 2021 iMac is a dead end, since most of the components are soldered to the motherboard. This makes it extremely difficult to replace the processor, RAM and SSD on your own, so it’s important to order the correct configuration from the beginning.

The advantage of this design is that it allows Apple to make the iMac very thin: it basically only needs a motherboard, speakers and two small fans on the inside. These have been placed behind the so-called chin, the space under the screen.

There are also two large metal plates behind the screen, which is probably part of the computer’s cooling system.

The repairability rating, 2 out of 10, is unsurprisingly low, which has been the case with virtually all Apple products released in recent years.

“There’s no altering the internal storage – a severe blow to repairs, upgrades, data recovery, and even security,” the site explains. “Memory is soldered directly to the M1 package, making it impractical to ever replace or upgrade.”

It adds: “The only path of entry is through the display adhesive, making all repairs tedious.”