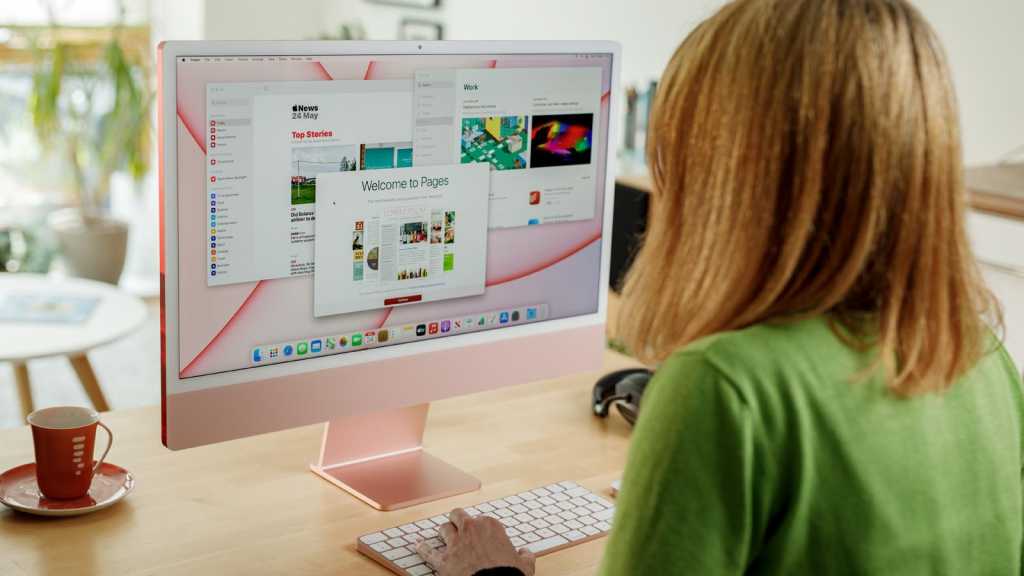 Even in daily practice, owners of an M1 Mac will soon notice that their ARM Mac is unusually fast. One of the main reasons has to do with the design of the new CPU.

A benchmark tool like Geekbench can clearly prove that an M1 Mac is a very fast computer. But benchmarks often only tell half the story. They tell you how well a machine performs under pressure, but it’s how a Mac performs in every day use that people will notice.

It’s in typical usage that some computer users might have found themselves disappointed with Intel Macs, despite great Geekbench scores. But, with the new M1 Macs, very few complaints have been heard about performance drops during normal use. It seems that in typical, everyday usage, the high performance is maintained.

According to the developer Howard Oakley writing on Eclectic Light Company, this is due to a little-known system function: QOS or Quality of Service.

The new M1 Macs have asymmetrical cores: four high-performance (Icestorm) and four efficiency cores (Firestorm). Having two types of cores ensures that background processes won’t slow down the computer because there is always enough power available for programs.

This has a positive effect on how reactive apps are in everyday use. Previously the user of even the fastest Mac might have experienced delays when opening an app and other annoying performance drops. Apps might have slowed down because of a system process like iCloud, or the indexing of Photos or Spotlight, happening in the background.

This changes with the M1 Mac because if a programmer uses QOS they can choose between four fixed (or one automatic) levels for their app on an M1 Mac. For example, for image processing software they could choose ‘userInteractive’ while for an online backup they could choose ‘background’. Depending on the level they choose, these tasks are then distributed to the eight cores of the M1: A backup with Time Machine runs exclusively on the four efficiency cores, while image processing or spreadsheets can fully access the four performance cores.

Almost all system functions on the M1 Mac run exclusively through the efficiency cores. You can see this if you open Activity Monitor (Command + Space, type Activity Monitor). Select Window from the menu and then choose CPU load history. Here you will see eight boxes indicating the utilization of the eight cores, divided into performance and efficiency cores. 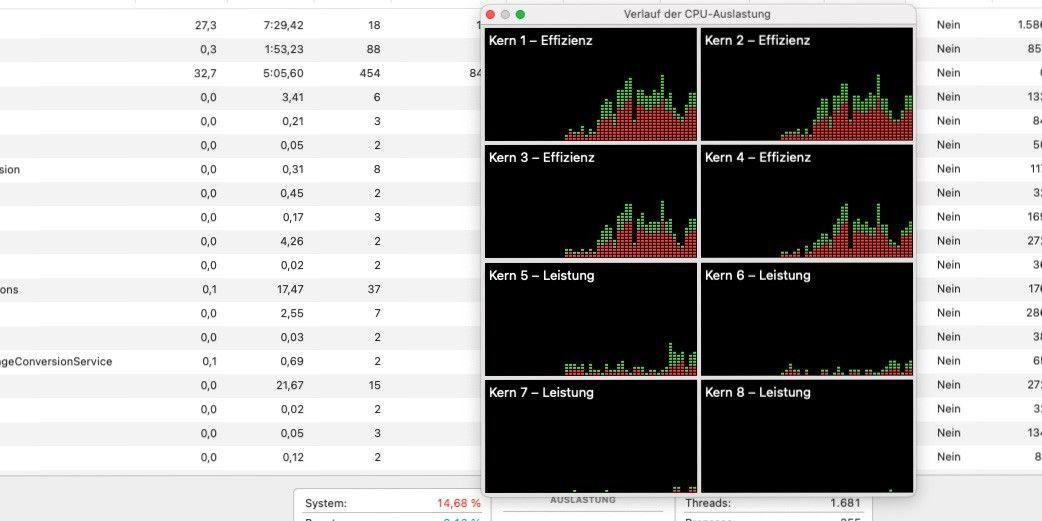 The same concept exists in Intel Macs, you can even assign a higher or lower priority to an app at a later date, however, it often happens again that a background system process suddenly slows down the app you are working on.

Oakley ran a test on an Intel and M1 Mac and identified one main difference between the two systems: A process with low priority on the Intel Mac is usually allocated all of the available CPU power, if no other processes are already using the CPU, and is completed at maximum speed. On a Mac with an M1, a process with low QOS runs exclusively on the efficiency cores.

The background process runs much slower than on the Intel Mac, but the user is unlikely to notice if Spotlight indexing or a Time Machine backup takes much longer than on an Intel Mac. What he will notice is that, thanks to the four performance cores available for the apps he is using to perform his work, he will have an optimal user experience.